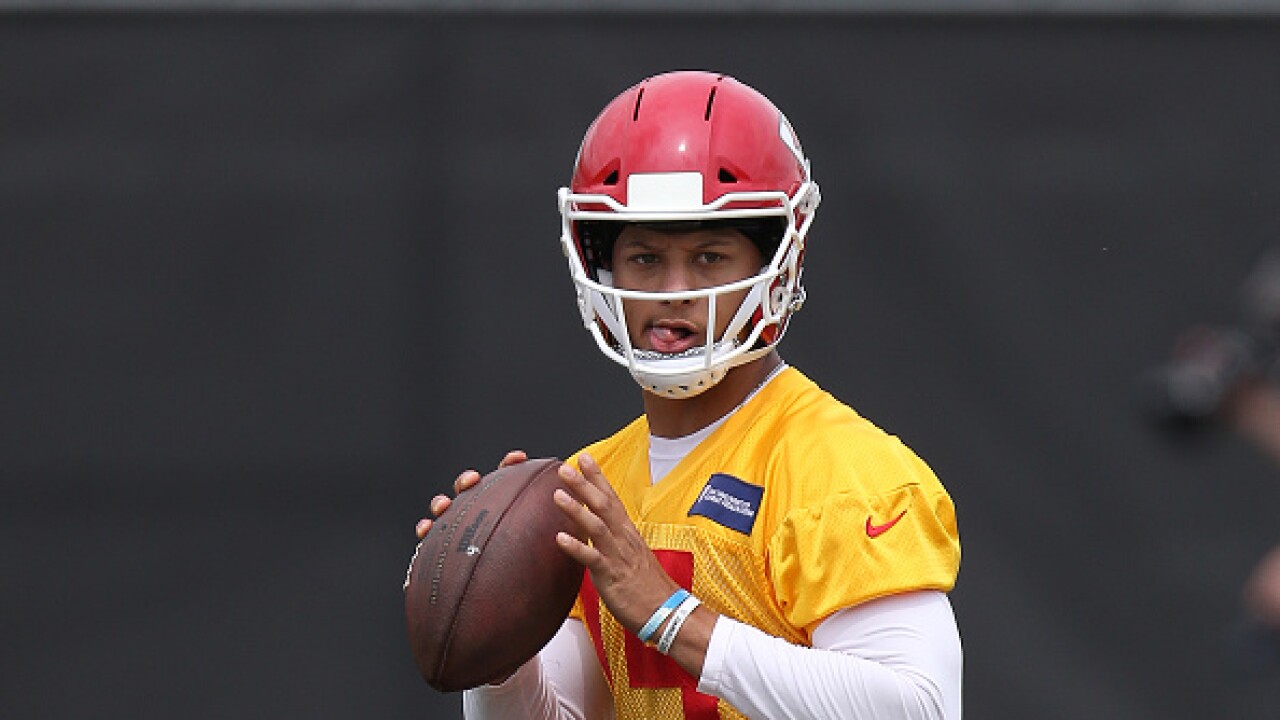 In fact, it is at 7 p.m. on Saturday against the Cincinnati Bengals at Arrowhead Stadium, the first glimpse of a team with sizable Super Bowl expectations.

Look no further than the most recent episode of team-produced "The Franchise,” which features Chiefs President and CEO Clark Hunt telling the team, "In terms of our goals, it's pretty simple. It starts with winning the AFC championship. We were inches away from getting that done last year. First time we had hosted the AFC championship game at Arrowhead.”

The stakes are high this season with the franchise's first homegrown MVP quarterback, Patrick Mahomes, leading the charge and a significant investment in the defense.

The roster isn't flawless, but none are in the salary-cap era.

Realistically, Kansas City is a few pieces away from being in a comfortable spot to withstand the unpredictable nature of an NFL season.

With that, here are my predictions for the final 53-man roster based on observations at six training camp practices [Editor’s note: * indicates practice squad candidate]:

The Chiefs are set at starting quarterback and likely will be for quite some time. Henne has been inaccurate during portions of training camp but remains the best quarterback not wearing No. 15.

Chase Litton doesn't appear to have taken the next step with his accuracy but he’s reading the field much better this season. Undrafted rookie Kyle Shurmur has been consistently inaccurate and appears overwhelmed going through his progressions. He has great size, but projects to need long-term development on a practice squad, if at all.

This position saw a lot of turnover from the team last season and arguably went from a position of strength — with Kareem Hunt, Spencer Ware, Damien Williams and Darrel Williams — to one of the bigger weaknesses.

Damien Williams is the team's best back when he is on the field and available. Thompson has shown flashes that warrant a spot on the 53-player roster. Darrel Williams has shown good vision at practices.

Smith, a recent cornerback convert who returned kickoffs last season, likely makes the roster for special teams purposes, while Sherman is arguably one of the most versatile players with the ability to help at fullback, tight end and on special teams.

Veteran free-agent addition Carlos Hyde hasn’t shown the best conditioning in camp and looks slower than his tape indicated last season. He is the true definition of a power back but without the burst Hunt had to go with it.

Hyde's fate will likely depend on Damien Williams’ health, his ability to beat out Darrel Williams and potential special teams value to push Thompson, Darrel Williams or Smith off the roster. It also wouldn't surprise me if the team made an addition at this spot near cut-down day.

The wide receiver position has become a strength for the organization. Hill, Watkins and Hardman have established themselves as the top three receivers. Robinson looks comfortable in his role and Pringle continues to improve in camp

The final spot on the roster is likely between Marcus Kemp and Gehrig Dieter. Dieter's back issue has allowed Kemp to take advantage of the reps available and continue to enhance his worth as a receiver and, more importantly, a special teams performer.

Dieter still might make the roster, but he needs to get back on the field soon to do it. Rashard Davis and Cody Thompson have both shown enough in camp with an ability to separate and as route-runners to warrant developmental spots on the practice squad.

The Chiefs threw numbers at the tight end position to find a replacement for Demetrius Harris. Unfortunately, many were not able to establish a spot in the top three. Bell has risen to the top of the list with his athletic ability and blocking. He also has started to showcase his strengths as a pass catcher when being showcased with the first-team offense.

Lovett could be a key special teams performer and worth developing as a tight end. Deon Yelder could find himself on the roster, if the organization wants to develop Lovett on the practice squad at a position that is far from settled.

The Chiefs have 10 offensive linemen who can compete in the NFL. Eight are likely a safe number to put on the roster with two on the practice squad. Erving projects as the swing tackle and top lineman off the bench.

Allegretti, a 2019 draft pick, has shown a good anchor and strength during camp, so he may not get through waivers, while McKenzie has showcased improved technique in his hand placement and strength in his anchor when he sets.

Ryan Hunter and Jimmy Murray are both capable of making the roster, but a numbers crunch makes it tough to push past eight players on the roster.

The team is deep along the defensive line. They will be cutting multiple players who can make other NFL rosters from arguably one of the best collections of athletic ability along the DL since the Marty Schottenheimer era.

The line boats an impressive combination of athleticism, power, versatility and should be able to overwhelm opponents with a relentless rotation. Also, this group is improved at holding the line of scrimmage, stuffing the run and getting after the quarterback in waves.

The linebacker group has been steady throughout training camp. Ragland and Niemann are working on getting comfortable in zone coverage drops, but overall the rest look comfortable in coverage.

Wilson has a strong stature, deceptive speed and he hits hard. Hitchens is a playing faster this season and looks more like the player his Dallas tape suggested. Lee and O'Daniel are key assets on special teams and in sub-package coverage.

Attaochu is capable of playing the same position and also kicking down to an edge rusher as essentially the team’s 10th defensive lineman. Raymond Davison is capable of making the roster and likely will battle with Niemann for the last LB spot.

The cornerback position likely will need more attention in the coming weeks. Morris Claiborne was a much-needed veteran addition for a group that is struggling to locate the football in the air. The team lacked a reliable corner to play the position opposite of Breeland and needs addition depth on the outside and inside.

Claiborne, who is suspended for the first four games of the season, potentially helps check one of those boxes. Ward and Wade were unable to establish themselves as the starter opposite Breeland, so the position is far from settled if more quality corners hit the market.

The Chiefs find themselves in a much more stable position at safety this season. Mathieu and Thornhill have been stars in camp, showcasing their ball-hawking skills and closing speed.

Sorensen has been a reliable and disciplined safety who isn't being asked to play out of position, while Lucas and Watts provide quality depth.

Colquitt continues to show his reliable nature at punter. His directional kicks have been on point and he still has the leg to boom the ball deep.

Butker, who signed a pricey five-year extension during the offseason, has been consistent in camp and Winchester's ability to consistently snap correctly gets taken for granted, but he makes it look routine.

Undrafted rookie Jack Fox struggles with distance on directional punts. He has great hang time when he doesn't have to punt the ball for distance.

The Chiefs’ roster could use help at cornerback, running back and tight end, but overall the team is well positioned for a Super Bowl run with their current depth at most spots.

Nick Jacobs can be found on Twitter: @Jacobs71 . You can also download the weekly “4th and 1” podcast on Apple, Google Podcast, Spotify and Stitcher.