Nitzel eyes perfection as Hy-Vee Athlete of the Week 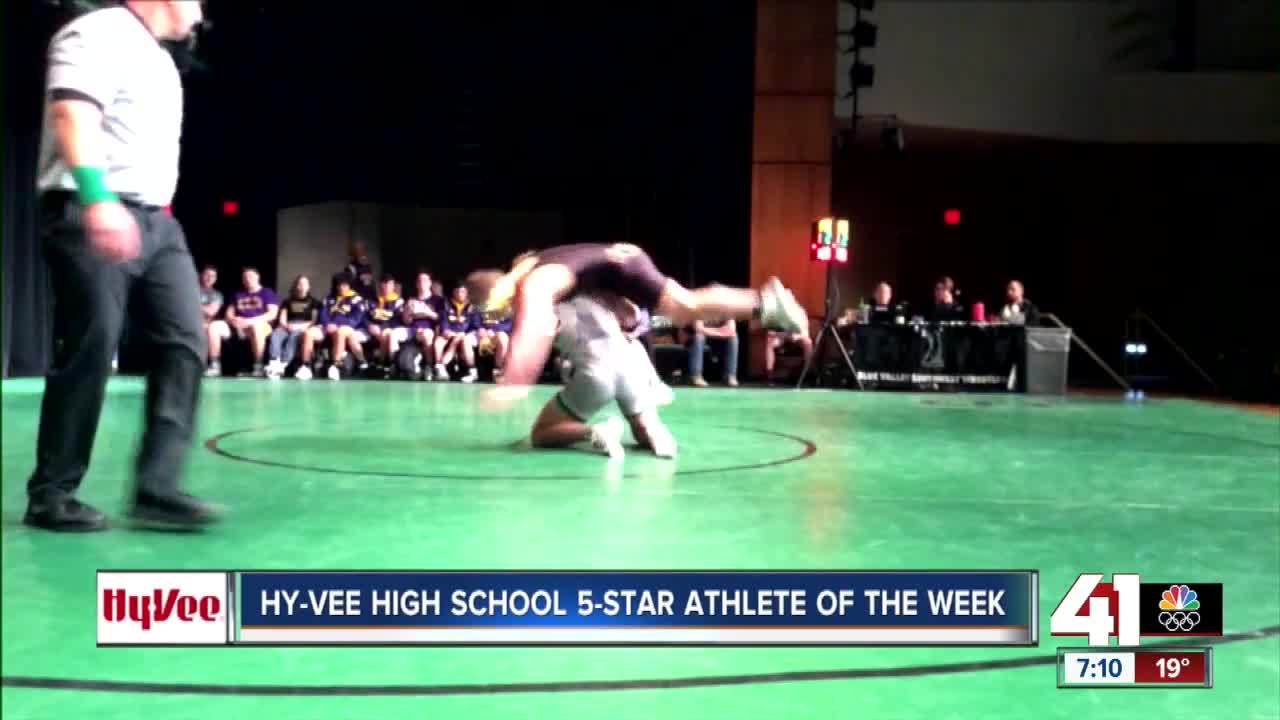 Seth Nitzel has been perfect this season. In fact, the last time he did drop a match was at state his junior year in the finals. 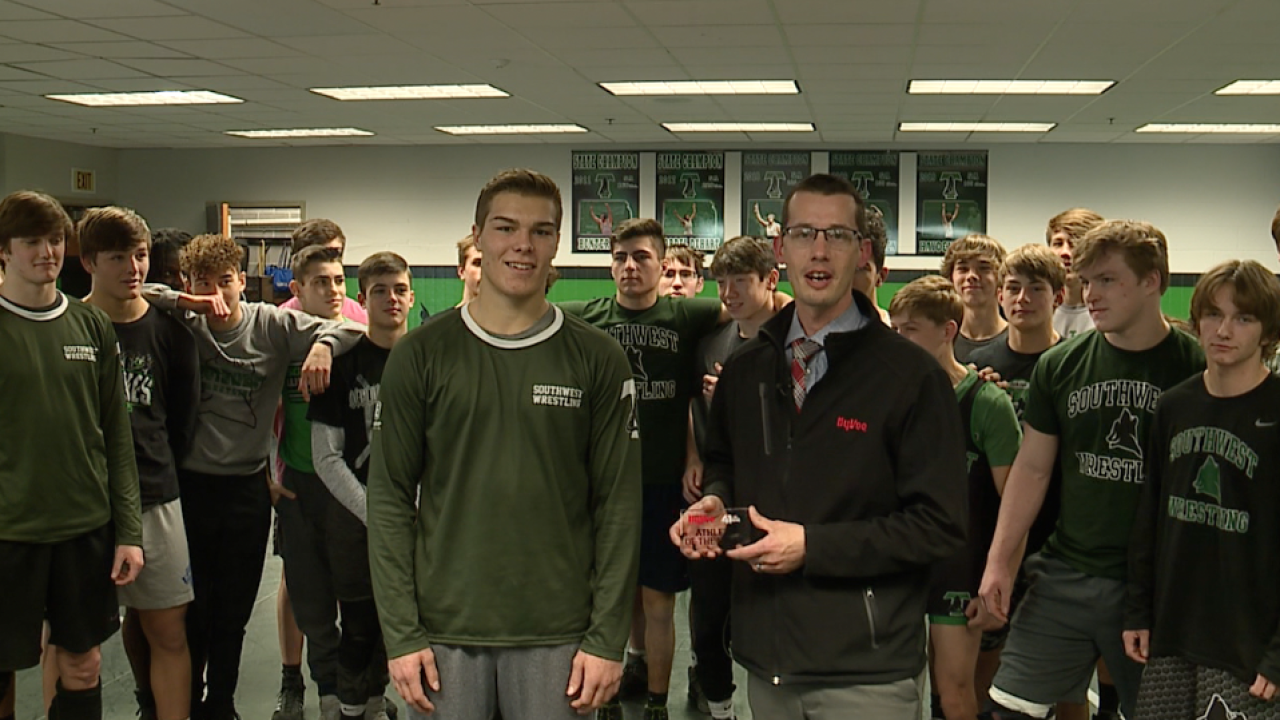 OVERLAND PARK, Kan. — Seth Nitzel has been perfect this season.

"I plan on staying undefeated the rest of this year," said the senior wrestler at Blue Valley Southwest High School.

Nitzel, who wrestles at 170 pounds, has yet to lose this high school season. In fact, the last time he did drop a match was at State his junior year in the finals.

"I think I know what it takes now to end on top," said Nitzel.

What it takes wasn't a specific goal to be undefeated or to win State, but to be the best teammate he could be. The rest just came with it.

"He's taken a really big leadership role," said Cody Parks, BV Southwest's wrestling coach. "He does a lot of things for the program that as a coach, I don't have to worry about taking care of."

Nitzel, a Hy-Vee 41 5-Star Athlete of the Week winner, is off to the University of Missouri next season to wrestle. But first he aims to be the best in the state of Kansas next weekend at the state meet in Park City. Nitzel blew through the competition this weekend in Regionals, pinning all four opponents.

"I think Seth is the sixth guy we've had wrestle in college," Parks said. "They're probably some of the toughest people I've ever come around."