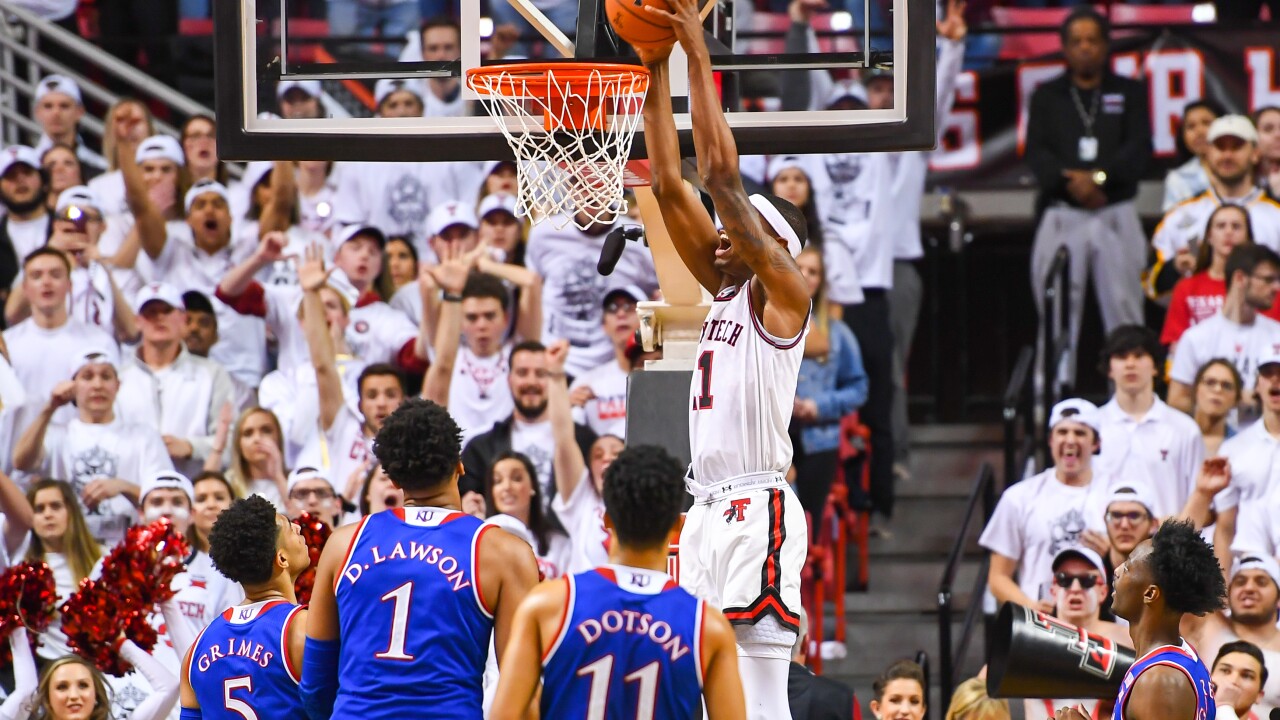 LUBBOCK, Texas — Jarrett Culver scored 26 points and was one of six Texas Tech players to make multiple 3-pointers as the No. 14 Red Raiders overwhelmed No. 12 Kansas 91-62 on Saturday night.

When Davide Moretti made their eighth 3-pointer with 6 1/2 minutes left in the first half, it was already 37-17, the largest deficit to that point for Kansas this season. The margin grew to as large as 33.

Texas Tech took over sole possession of second place in the Big 12, one game behind Kansas State (21-6, 11-3) with four regular-season games remaining.

Kansas (20-7, 9-5), which has won the last 14 Big 12 titles, plays its Sunflower State rival Monday night. The Jayhawks have to win then to avoid falling three games behind with only three games to play.

It was most lopsided Big 12 loss for the Jayhawks since an 86-53 loss at Oklahoma State on Feb. 7, 2000. That was more than three seasons before Bill Self became their coach.

There was a raucous crowd of 15,098, the first home sellout for Texas Tech since an 84-65 win over Kansas on March 4, 2009. That was the last time the Jayhawks had lost in Lubbock.

Culver, Mooney and Moretti each made three 3-pointers.

Dedric Lawson was the only Kansas player in double figures with 14 points.

Kansas: The Jayhawks' stranglehold on the Big 12 regular-season trophy absorbed a serious blow. It was their fifth consecutive road loss.

Texas Tech: The Red Raiders exacted some revenge from a 79-63 loss at Lawrence three weeks earlier. They shot 61 percent overall (34 of 56) and 62 percent on 3-pointers (16 of 26). In its five-game winning streak, Texas Tech has won those games by an average margin of 25 points.