No. 5 Kansas loses Azubuike for season to torn hand tendon 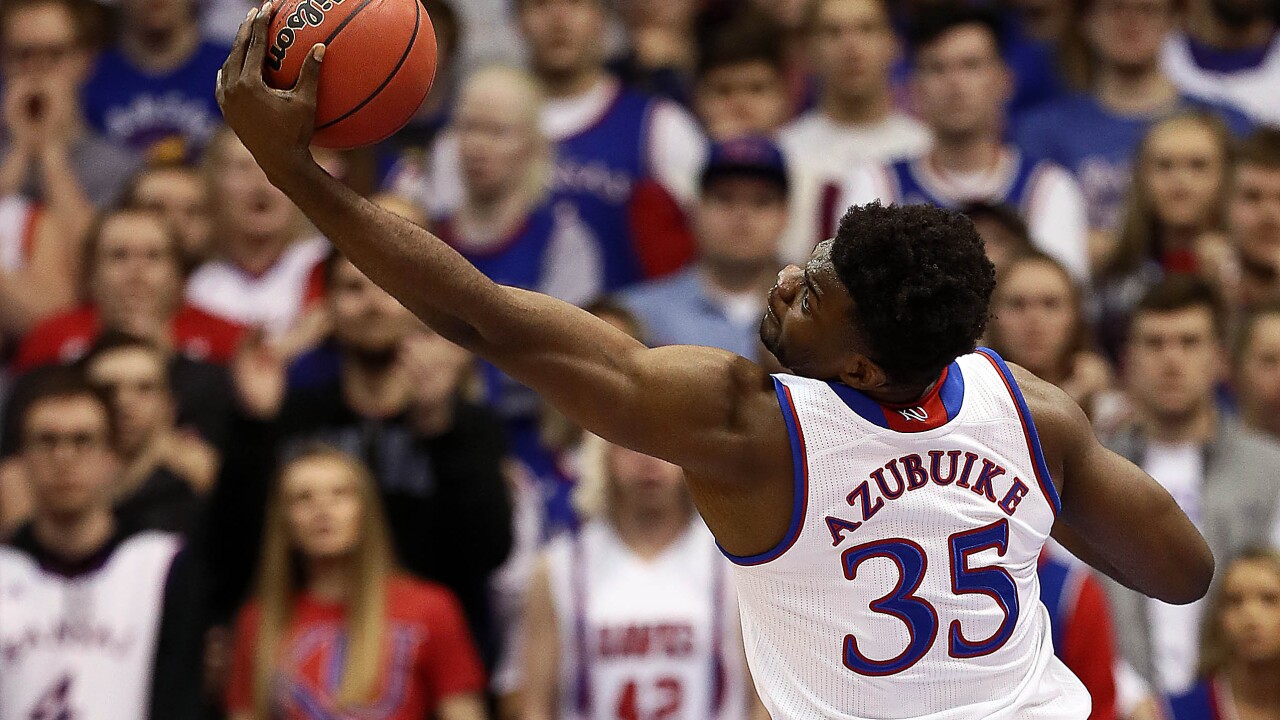 LAWRENCE, Kan. (AP) — Fifth-ranked Kansas will be without center Udoka Azubuike for the remainder of the season after an MRI exam Sunday revealed the 7-footer tore ligaments in his right hand during practice.

Jayhawks coach Bill Self said in a statement that X-rays taken after Friday's practice did not show the severity of the injury. The MRI exam revealed the tendon tear, which is similar to a torn tendon Azubuike had in his opposite hand in December 2016 that sidelined him the remainder of his freshman season.

Azubuike, who also missed time earlier this season with a sprained ankle, did not play in Saturday's lopsided loss at Iowa State. He was averaging 13.4 points and 6.8 rebounds.

The injury is a significant blow to the Jayhawks' interior depth. They already have been playing without sophomore forward Silvio De Sousa, whose eligibility remains in question after his name surfaced in the FBI probe into apparel company Adidas.