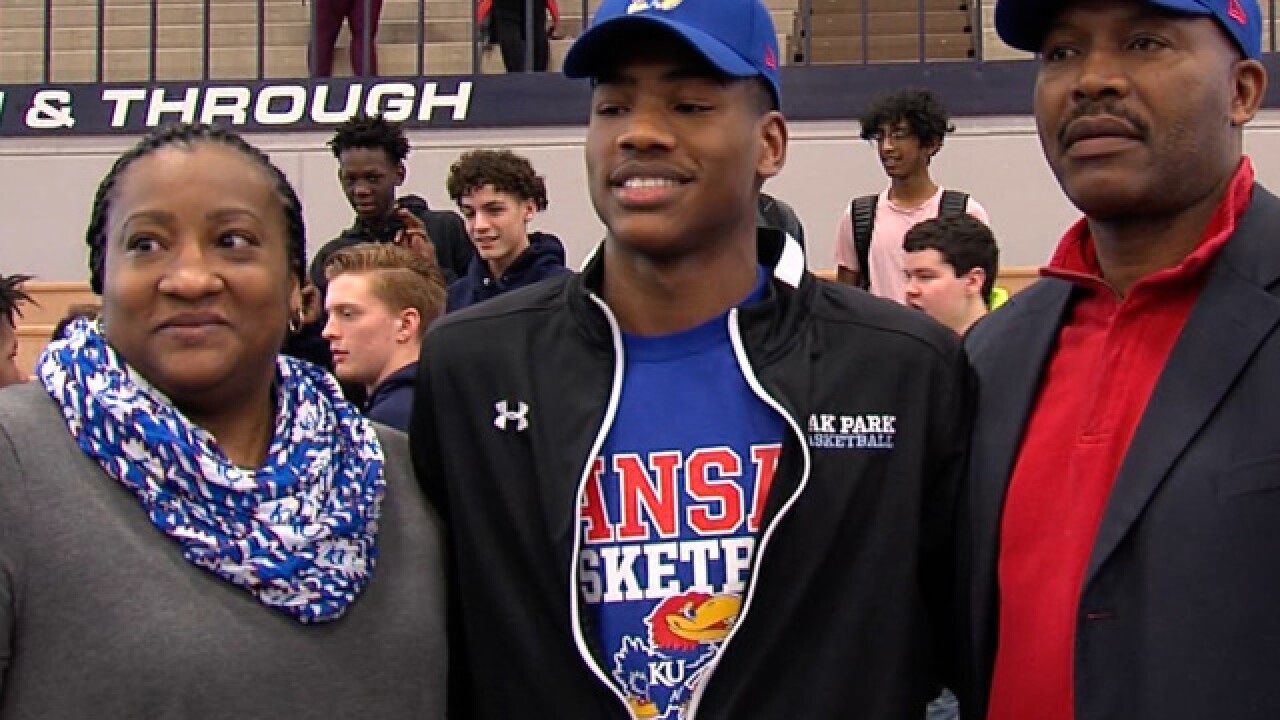 KANSAS CITY, Mo. — Watch out Big 12 Conference, because it's about to go down! The Jayhawks future may have gotten a little brighter after Oak Park senior Ochai Agbaji announced he's headed to Lawrence to play for men's basketball head coach Bill Self.

The 6 foot 5 forward was able to lock down an offer over the weekend while on an unofficial visit.

"Being able to play for Bill Self is just something unreal," said Agbaji. "I love everything about it and I'm just excited to play."

Surprisingly, not too many big programs have even looked his way, but, oh, how that's changed. No offers at the beginning of the year, but then seven programs from the Power Five started to make their push including Texas A&M and Wisconsin.

"He stayed very calm which was something that I give him so much credit for as a parent I was overwhelmed." said his mom Erica.

The Agbaji's took the recruiting process very seriously, and their family is happy to now be a part of the Jayhawk family.

"We've gone there, we've seen Bill (Self)," said Ochai's dad, Olufu. "We've always watched Kansas from when he was a kid but I don't think we thought or aspired that we were going to be there. When they came, it's just been unbelievable and what they say and what you see is what you really get with Kansas."

Agbaji is listed as a 3-star recruit but is the fourth player to commit to the Jayhawks in this signing class.