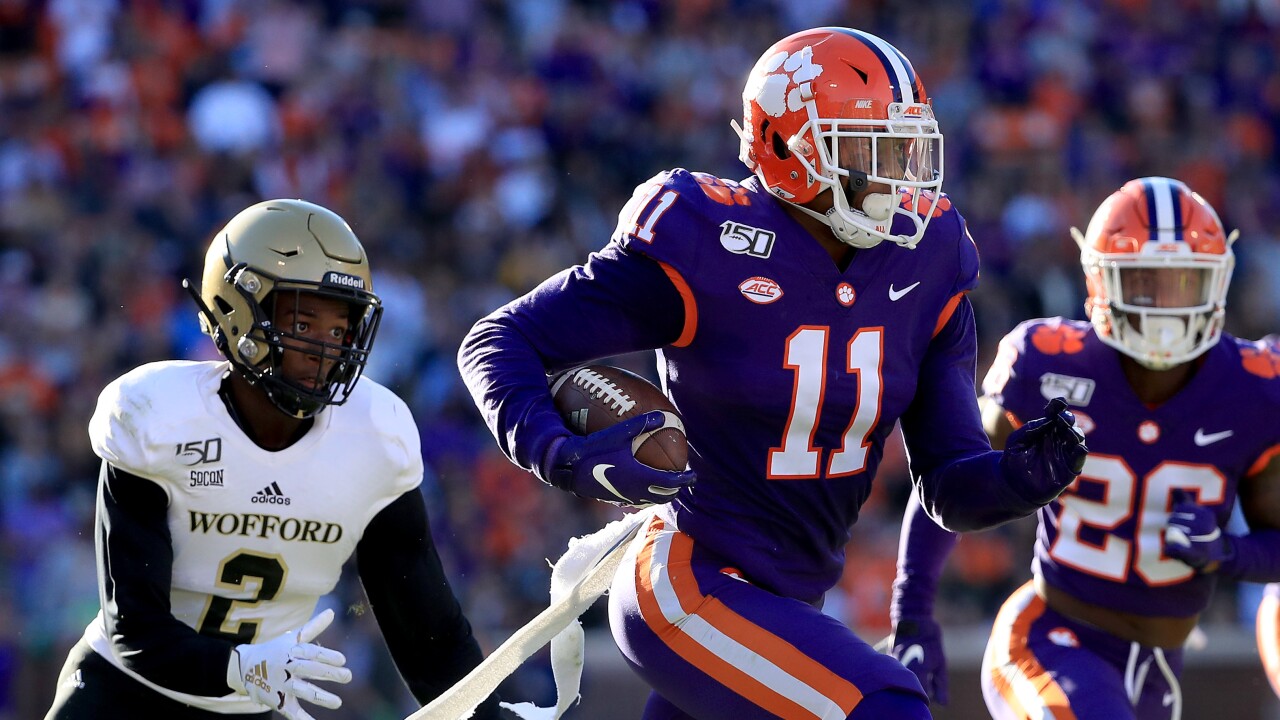 KANSAS CITY, Mo. — Clemson linebacker Isaiah Simmons was announced Monday as the 2019 winner of the Butkus Award in college football.

Simmons — an Olathe North graduate whose brother, Victor, played at the University of Kansas — is a 6-foot-4, 230-pound junior and projected first-round pick in the 2020 NFL Draft.

Simmons, who has not declared for the draft, leads the undefeated Tigers with 93 total tackles, including a team-high 58 solo stops. His 14 1/2 tackles for a loss and seven sacks are also tops on the team.

After playing safety his first two seasons at Clemson, including a breakout sophomore season as part of a national championship team, Simmons switched to a hybrid nickel corner/strongside linebacker position in 2019.

“He's an exceptional athlete with unique length and makes plays at all three levels, with terrific rush ability, blitz timing, cover skill and tackling range. He's a modern-day linebacker with special match-up skills. For as good of a football player as he is, he's a better person and will represent the Butkus Award with class.”