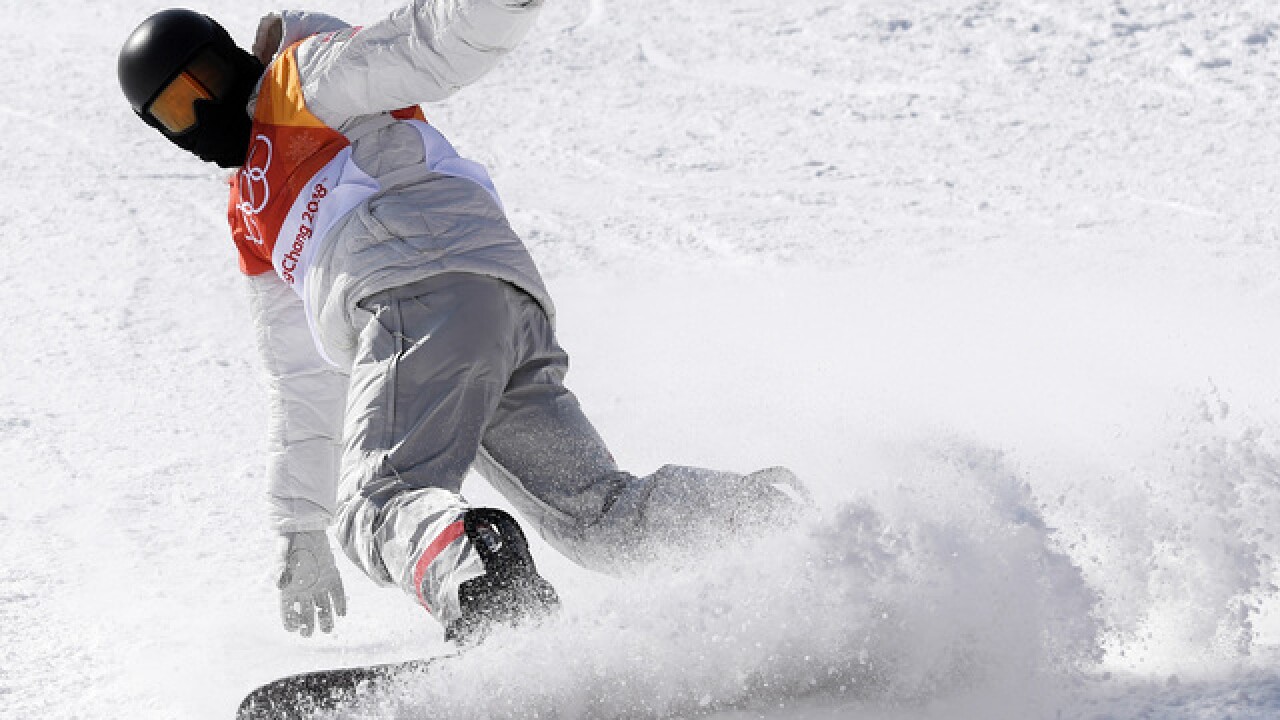 PYEONGCHANG, South Korea (AP) — The legend, the brash upstart, and the soft-spoken prodigy have been circling each other for months, trading boundary-pushing runs with one eye on the halfpipe and the other on their long-awaited faceoff in the South Korean mountains, the one for all the swag and an Olympic gold to boot.

Shaun White,  Australia's Scotty James  and  Japan's Ayumu Hirano  delivered an epic teaser trailer in qualifying, setting up a finals showdown at Phoenix Snow Park on Wednesday that could deliver one of the defining moments of the Pyeongchang Olympics.

All three posted at least one run of 95 or better on Tuesday, well clear of the rest of the other nine men who will try to elbow their way onto the podium. It won't be easy, not with White, James and Hirano pushing each other and their sport in the process.

White exhaled after putting up a 93.75 on his first run, assuring the two-time Olympic champion of a spot in the finals. The 31-year-old elder statesmen didn't plan on trying to go even bigger on his second run, but after watching James, Hirano and American teammate Ben Ferguson go big he realized he didn't have much choice.

"I started seeing everybody putting in these great runs and I figured I would just kind of step it up and they motivated me to send it," said White, whose 98.50 second run didn't even include a 1440-degree jump. That's a double-twisting double flip (four 360-degree body rotations in all) if you're trying to keep up.

Asked if he was trying to send a message, White shrugged and said no. Oh, and also yes.

"It's like I knew I had it in me and I watched these young guys completing these amazing runs and it fired me up," White said. "I just wanted to show this is what I've been doing my entire life and I'm here to put it down."

It also means White will have the last run of the afternoon, a spot where he soared to gold in Turin in 2006 and Vancouver in 2010. He didn't even crack the top three in Sochi, a loss that haunted him at times before he hit reset last summer and pointed to South Korea.

The 19-year-old Hirano edged James and Ferguson at X Games less than three weeks ago, an event White skipped after locking down his Olympic spot while drilling a perfect 100-run at an event earlier in January.

James expressed frustration over the scoring, venting shortly after arriving in Pyeongchang that he felt "a bit shafted" by the judges at times. The 23-year-old Aussie, who wears  red boxing gloves  while riding, walked back those comments after putting up a 96.75.

"I've talked to the judges," James said. "I'm trying to be proactive about it more than negative. I know what I've got to do pretty much now."

So does Hirano, who was anointed at 13 years old as White's heir apparent. Now they'll find themselves in the same pipe in front of the world.

"We two have a very similar level," Hirano said. "I know what he does and he knows what I do."

While there's a chance of snow in the forecast, wind should be minimal, setting the stage for a show full of steez (that's style if you were wondering). Ferguson, who put up a 91, isn't taking himself out of the conversation either.

"Just got to go higher, be smoother, put a little extra sauce on there," he said. "Maybe go for a little Hail Mary."

Don't worry, that's not a snowboarding term, it's Ferguson acknowledging the field is stacked with perhaps the greatest collection of snowboarders since the halfpipe debuted at the Olympics in Nagano 20 years ago.

It might take 100 to win. It's a score James kind of scoffed at, though one he's not going to argue with if it happens to pop up next to his name.

"I'm not huge on the perfect scores but if they give one out to me I'll definitely take it on the chin," he said with a laugh.

And all the way to the top of the medal stand too.