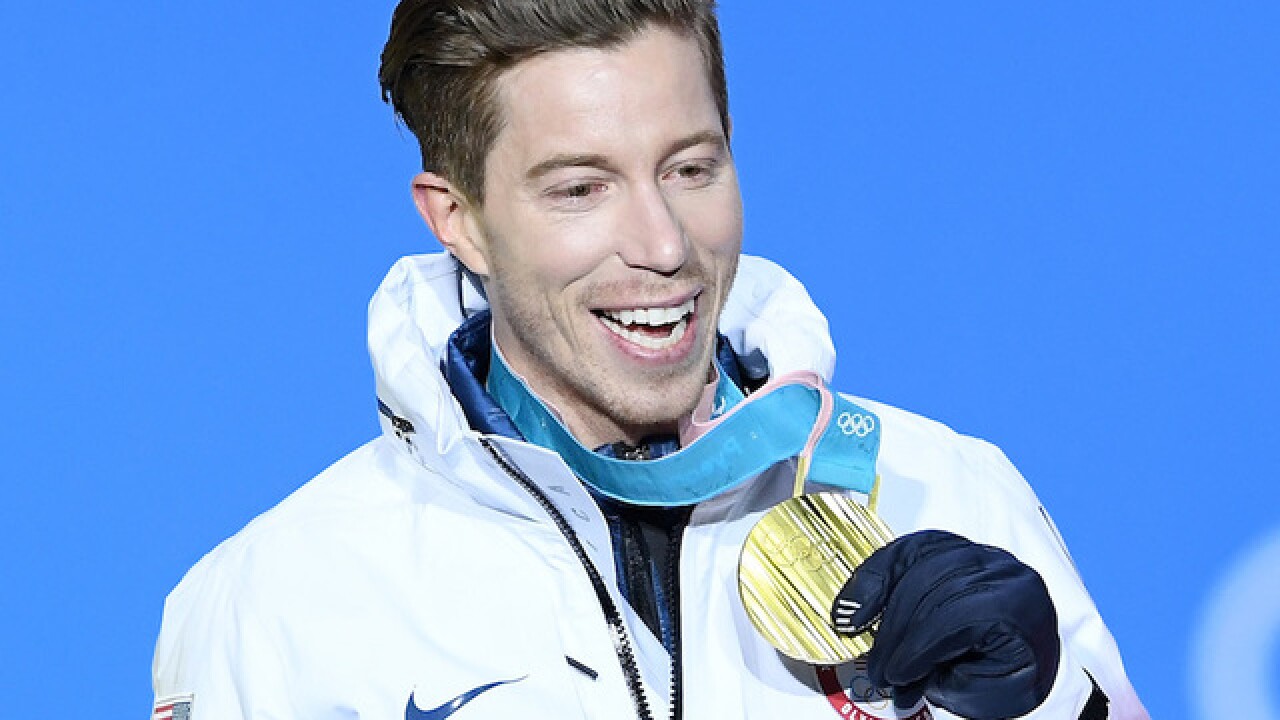 Snowboarder Shaun White called past sexual harassment allegations levied against him "gossip" during a news conference Wednesday after his historic gold medal win at the PyeongChang Winter Olympics.

The 31-year-old snowboarder has previously admitted to sending lewd text messages to Lena Zawaideh, the former drummer of his band Bad Things, in 2016 and the parties later reached an undisclosed settlement.

White was asked at the news conference Wednesday whether Zawaideh's accusations could tarnish his legacy, White said,"You know honestly I'm here to talk about the Olympics not gossip ... but I don't think so."

"I am who I am and I'm proud of who I am and my friends, you know, love me and vouch for me and I think that stands on its own," he added.

When asked for clarity and if he thought the allegations were gossip, White said he felt he had addressed the question.

White also apologized for letting an American flag touch the ground after his gold-medal winning performance, which angered some viewers on social media.

The snowboarder was given the flag after his dramatic comeback to win the gold on his final run.

"I remember being handed the flag. I was trying to put my gloves on and hold the flag and the board," he said. "Honestly, if there was anything, I definitely didn't mean any disrespect."

"I'm very proud to be part of team USA and be an American," he said.

Earlier in the day, cemented his legacy as America's greatest snowboarder Wednesday by winning his third gold medal for the halfpipe in dramatic fashion.

Gold wasn't guaranteed for White after he fell on his second attempt. After a tense wait for his final run, the American needed to beat Japan's Ayumu Hirano's impressive score of 95.25 to win.

White tallied a 97.75 to take gold at the final moment, an incredible comeback.

The 31-year-old snowboarder has been one of America's most famous athletes for years, but Wednesday's win was likely his sweetest.

"I'm sure you can tell by my reactions at the bottom of the pipe but this meant the world to me and my family and my team," White said at the news conference.

"To be a gold medalist again is just unreal."

With the victory, White became the only man to take top honors three times in the Games' halfpipe competition, and in the process won the US' 100th Winter Olympic gold.

Zawaideh -- the former drummer in White's band "Bad Things" -- sued White in May 2016 for breach of contract and backpay, alleging that White failed to pay her for her work. She was the only woman in the band.

An amended civil suit filed by Zawaideh's attorneys against White in August 2016 accuses the Olympian of sexual misconduct and inappropriate behavior.

According to court documents obtained by CNN, Zawaideh says White:

After the suit was filed, White admitted to sending text messages with Zawaideh in a statement to the New York Daily News but accused her of using them to "craft a bogus lawsuit." White's statement did not specify what was in the texts.

White's legal team filed a motion attempting to compel Zawaideh to submit to a mental health evaluation in February 2017, but the parties reached the settlement a couple of months later.

Details of the allegations against White have been public for a number of months, but resurfaced again in media reports Tuesday and Wednesday as the snowboarder prepared for his Olympic run.

So far White's reputation, athletic career and business dealings -- including sponsorships and clothing lines -- have not been affected.

White designs clothes for Macy's and is sponsored by the snowboarding company Burton.

He's arguable the most popular American boarder and skater since Tony Hawk. Since White turned pro at age 13, he has become one of the world's most decorated athletes, winning multiple gold medals at the Olympics and the X Games.