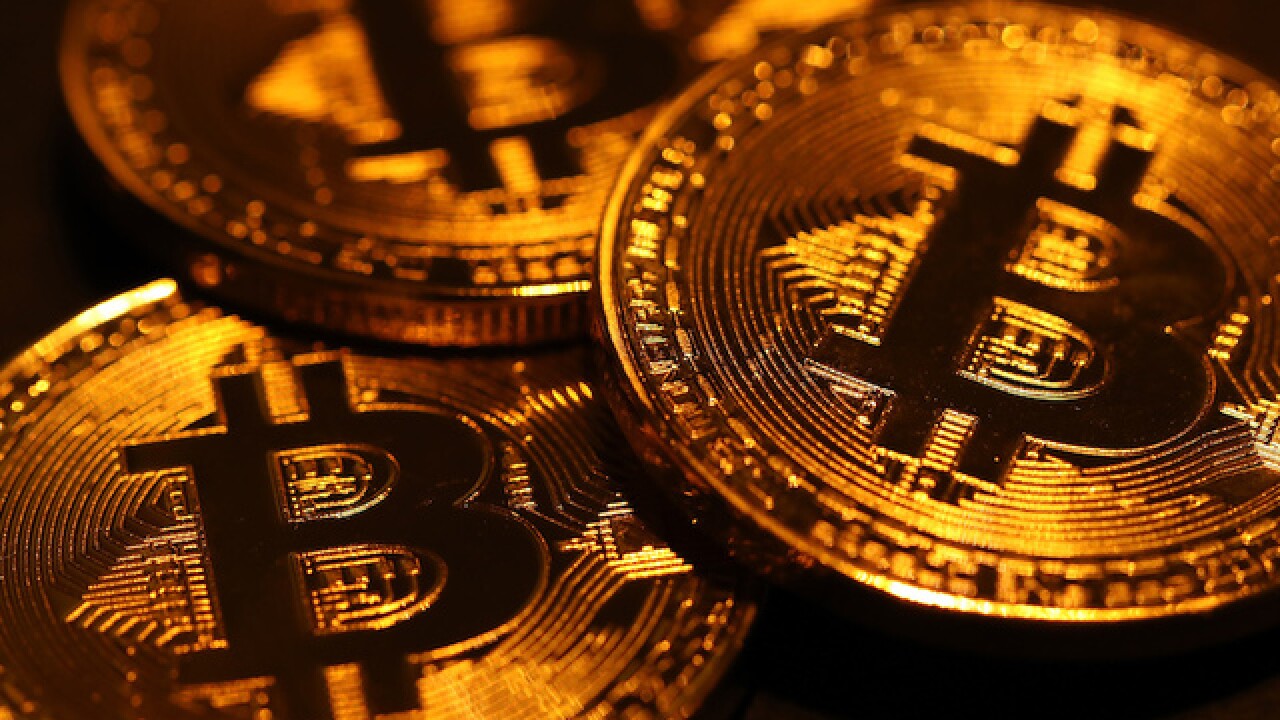 Copyright Getty Images
Dan Kitwood
<p>LONDON, ENGLAND - OCTOBER 24: A visual representation of the digital Cryptocurrency, Bitcoin on October 24, 2017 in London, England. Cryptocurrencies including Bitcoin, Ethereum, and Lightcoin have seen unprecedented growth in 2017, despite remaining extremely volatile. While digital currencies across the board have divided opinion between financial institutions, and now have a market cap of around 175 Billion USD, the crypto sector coninues to grow, as it sees wider mainstreem adoption. (Photo by Dan Kitwood/Getty Images)</p>

There are almost 3,000 athletes competing at the PyeongChang Olympics, but there is only one who is paid in cryptocurrency.

Canadian Ted-Jan Bloemen, who took gold in the men's 10,000m long-track speed skating, became the first athlete to be paid in virtual money when he struck a one-year sponsorship deal with ONG Social, a social network and crypto community, and CEEK VR, a developer of virtual reality experiences.

It's often not easy being a Winter Olympian, particularly in securing financial support to fund the pursuit of sport success, with Bloemen is exploring a "whole new frontier," according to his agent.

The double world record-holder set an Olympic record of 12:39.77 at the Gangneung Ice Arena, edging out Dutch rival Jorrit Bergsma. He had claimed silver in the 5,000m a few days previously.

Bloemen is sharing his Olympic journey on the ONG Social network and star in a 360° virtual reality experience on CEEK VR. In return, he will earn cryptocurrency rewards.

"Speed skating success is all about progression -- building and building to peak at the right time," said Bloemen in a joint statement with CEEK VR and ONG Social last month to announce the deal.

If it's a deal that provides exposure for ONG and CEEK VR, it could also be a smart move with Mary Spio, who is the CEO and founder of the virtual reality company, pointing out that athletes would increasingly use VR to improve their performance.

"Bloemen's support for cutting-edge technologies is reflective of his proclivity for pushing the boundaries," said Spio in a statement.

"We believe Virtual Reality isn't just great for our audience (Ceekers) but will ultimately be used for training and maximizing player performance and potential."

Although virtual currencies can fluctuate wildly, Bloemen said he was "excited" about his new endorsement, adding he felt like he had got "two new teammates to help put me over the top, at the most important point in the season."

Bitcoin, the best known cryptocurrency, soared to close to $20,000 last year, before collapsing in December. It was trading at just over $8,573 at the end of the week.

According to Kgazette.com, ONG Social has mined 300 million coins, worth a total of $138.69 million. The cryptocurrency was founded in June.

Although it's not known how many coins Bloemen stands to receive, he told Canada's National Post that the deal was "a minimum amount in cash, but most in cryptocurrencies."

He added: "For me, the real risk of not getting anything is not there, because I got a little (cash) out of it already.

"And that combination makes this sponsorship really fun, right. Because we're going to help each other. I'm trying to get them a little more exposure to make them succeed, and that would help all of us, right."

Lawrence Baslaw, Bloemen's agent and president of Baslaw +Associates Inc., called the endorsement "a first for any athlete."

He added: "This is really a whole new frontier. It will be exciting to see how cryptocurrency can work for Ted-Jan, in particular, but also the impact it will have on the sport marketing industry as a whole."

Although Bloemen was born and raised in the Netherlands, he changed nationality during the 2014-15 season after he failed to make the Dutch speed skating team for the Sochi Olympics.

Bloemen, whose father was born in New Brunswick, Canada, has blossomed while competing under the Canadian flag.

In November 2015, Bloemen set a new world record in the 10,000 meters, smashing the old record held by his former teammate from the Netherlands, Sven Kramer, by more than five seconds in Salt Lake City.

In December, he broke Kramer's 10-year-old 5,000m world record by 1.5 seconds, once again in Salt Lake City. After that race, he controversially took the label bearing Kramer's name and world record-mark off the wall of the arena and broke it into pieces.

At PyeongChang, the Dutchman finished sixth behind Bloemen in the 10,000m, but had previously bettered him in the 5,000m where Bloemen finished second.