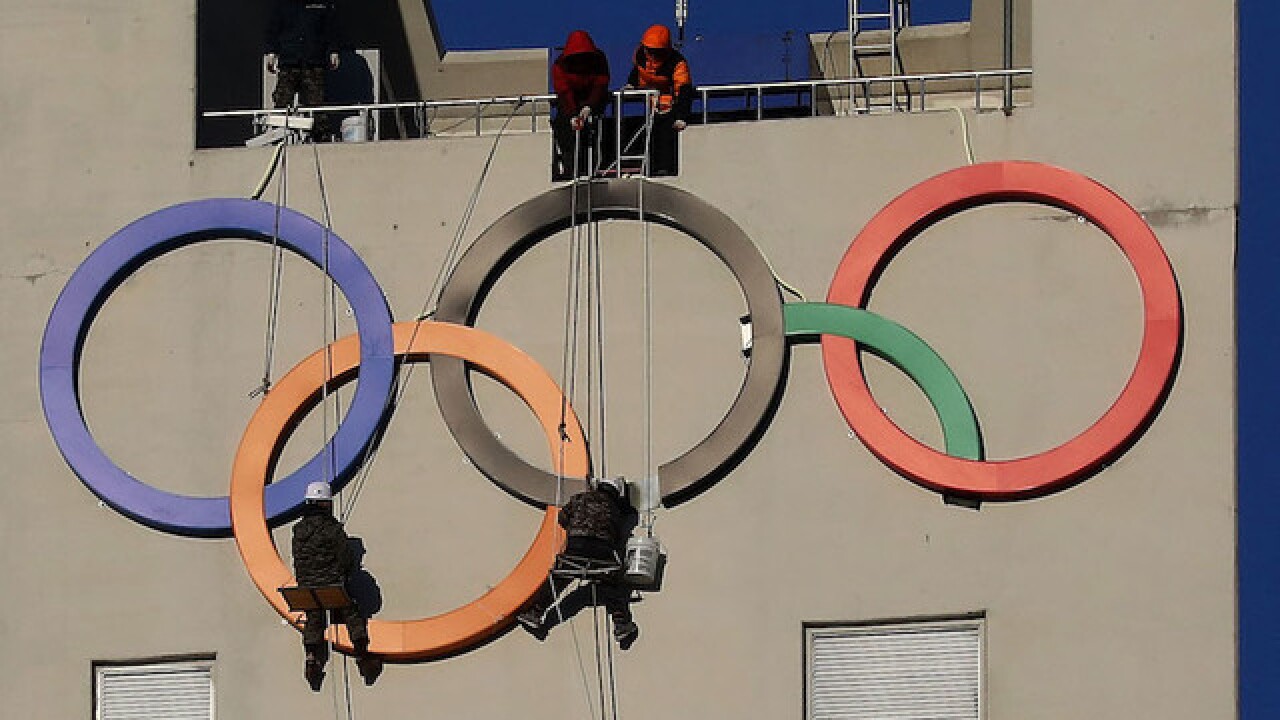 Doping bans on 28 Russian athletes were overturned on Thursday, throwing the International Olympic Committee's policy on Russian doping into chaos just over a week before the start of the Winter Olympics in South Korea.

The Swiss-based Court of Arbitration for Sport (CAS) upheld the appeals of athletes given lifetime Olympic bans for doping violations during the 2014 Sochi Winter Games, saying there was insufficient evidence to show they had broken the rules.

The ruling means that athletes' 2014 results are reinstated and they could now seek to participate in the Winter Games in Pyeongchang, which open on February 9.

In a further 11 cases, CAS ruled that doping violations had been committed but that lifetime bans were not justified and the punishments were cut to a ban for the 2018 Games alone.

The IOC said the decision "may have a serious impact on the future fight against doping," and added that it could yet appeal the decision at the Swiss Federal Tribunal, the country's highest court.

Aleksandr Zubkov, the double Olympic bobsled champion and Russian flag bearer in Sochi, is among the 11 whose doping bans were upheld.

It was not immediately clear if any of the 28 would seek to take part in Pyeonchang. To be eligible to compete in South Korea, they would need to be cleared by the IOC Invitation Review Panel and subsequently selected to join the team of 169 Russian athletes competing as neutrals,. The IOC banned the entire Russian team from the 2018 Games for a "systemic manipulation" of anti-doping rules. Russia denies the charge.

The Kremlin said it was "very happy" with the decision. "This information about the CAS decision regarding our athletes confirms that active efforts to protect their rights in courts and in other ways are justified, they can be effective and they must continue," Kremlin spokesman Dmitry Peskov said on a conference call with journalists.

The IOC said it had noted the CAS decision with "satisfaction on the one hand and disappointment on the other."

But it also said that the decision did not necessarily mean that the 28 athletes who had their appeals upheld would be eligible to compete in Pyeongchang.

"The result of the CAS decision does not mean that athletes from the group of 28 will be invited to the Games," read the statement.

"Not being sanctioned does not automatically confer the privilege of an invitation."

'Get out of jail free card'

The decision by CAS, based in Lausanne, Switzerland, was also criticized by the lawyer of former Russian anti-doping official Dr. Grigory Rodchenkov, who was forced to flee to the US after becoming the main whistleblower in the scandal.

His claims were documented in the landmark McLaren report into Russian doping, which was published by the World Anti-Doping Agency in December 2016.

"This panel's unfortunate decision provides a very small measure of punishment for some athletes but a complete 'get out of jail free card' for most," Jim Walden, Rodchenkov's legal representative, said in a statement.

"Thus, the CAS decision only emboldens cheaters, makes it harder for clean athletes to win and provides yet another ill-gotten gain for the corrupt Russian doping system generally, and (Russian President Vladimir) Putin specifically."

The McLaren report found that more than 1,000 Russian athletes had benefited from doping. It alleged an "institutional conspiracy" among athletes and officials within the Russian Ministry of Sport and the Russian security service, the FSB. The report also said there was a "systematic and centralized cover-up" that began before the London 2012 Summer Olympics and continued until 2015.

The report found that the swapping of urine samples became a regular practice after the 2014 Sochi Games and said that male DNA was found in samples from two female ice hockey players.

It also said that the London 2012 Games were corrupted "on an unprecedented scale."

The 39 athletes whose appeals were considered by the IOC on Thursday were originally given lifetime Olympic bans in December.

The World Olympic body said Russian athletes who can prove that they are clean would be "invited" to take part in Pyeongchang, under a neutral flag. They would compete as "Olympic Athletes from Russia" -- with no use of the Russian flag or national anthem permitted.

The ban on Russia's involvement in the 2018 Games is the severest punishment ever meted out by the IOC on a participating nation, let alone a powerhouse of the Olympic movement.

The IOC also ordered Russia's Olympic Committee to pay $15 million to reimburse the IOC's costs of investigating the doping scandal and help set up the new Independent Testing Authority.

Russia's suspended Paralympic Committee, which has also been banned from the Paralympic Winter Games that follow the Olympics in Pyeongchang, is also due to hold a news conference in Moscow Thursday.