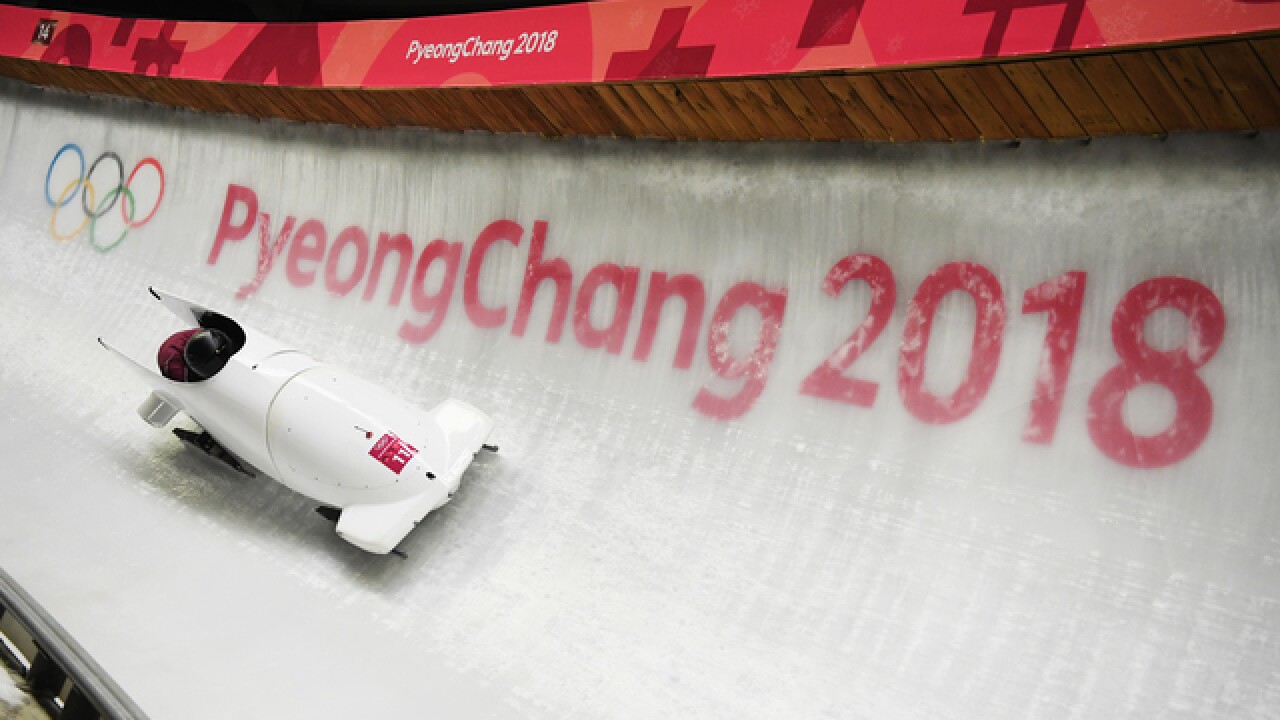 GANGNEUNG, South Korea (AP) — A second Russian athlete has failed a doping test at the Pyeongchang Games, a day before the International Olympic Committee's executive board is to decide whether to reinstate the country for Sunday's closing ceremony.

The Russian delegation at the Pyeongchang Olympics said in a statement that the substance found was trimetazdine, a medication used for angina sufferers that is listed by the World Anti-Doping Agency as a banned substance affecting the metabolism.

"She confirms she took no such medication and the team confirms she was not issued any medication," said Zubkov, a former bobsledder who himself was stripped of two Olympic gold medals for the Russian doping scheme at the 2014 Sochi Games. "Federation representatives at the Olympics" are starting to prepare a defense, he said.

Zubkov also said a sample she had given five days earlier was negative.

"I can tell you that on the 13th it was clean, but on the 18th it gave a positive result for the heart medication," he said.

The IOC said later Friday it had been informed of the positive test by the Russian delegation.

Sergeeva's crew finished 12th in the women's bobsled competition on Wednesday, after she had given the sample that later came back positive.

The Russian team was barred from the Olympics in December for doping at the Sochi Games, but the IOC invited 168 athletes from the country to compete under the Olympic flag. The IOC set out the criteria for Russia to be reinstated, and the latest doping cases are a setback.

"This won't win us any extra credit," Russian delegation leader Stanislav Pozdnyakov said in comments reported by Russian media. "Unfortunately this case speaks to negligence by the athlete. She has let us down."

A group of influential anti-doping organizations has called on the IOC not to reinstate Russia in time for the closing ceremony.

The Institute of National Anti-Doping Organizations says the IOC "can't merely 'wish away' the most significant fraud in the history of sport," adding that "by failing to impose a meaningful sanction on the ROC, the IOC would be culpable in this effort to defraud clean athletes of the world."

Earlier this month, Sergeeva told the AP that competitors from other countries had warmed to her after she passed IOC vetting for Pyeongchang, which included an examination of her drug-testing history.

"I don't know why, but they've started talking to us more than ever before. I feel it. Maybe it's a sign to them that we're clean," Sergeeva said. "There's a lot of people coming up and saying, 'We're happy you're here.'"

At the time, she was training in a T-shirt with the words "I Don't Do Doping." Sergeeva used to compete in track and field as a heptathlete before switching sports in 2010.

Trimetazidine, the substance found in Sergeeva's sample, has been detected in previous doping cases. Chinese swimmer Sun Yang, an Olympic gold medalist, was banned for three months in 2014 by his country's sports authorities after testing positive for the substance.

Sun said he had been prescribed the drug for a medical condition and hadn't known it was banned. The perceived leniency of that three-month ban led to Sun receiving criticism from swimmers from other countries at the 2016 Olympics in Rio de Janeiro, where he won another gold medal.

Russia's bobsled program has been in the spotlight for drug use for several years.