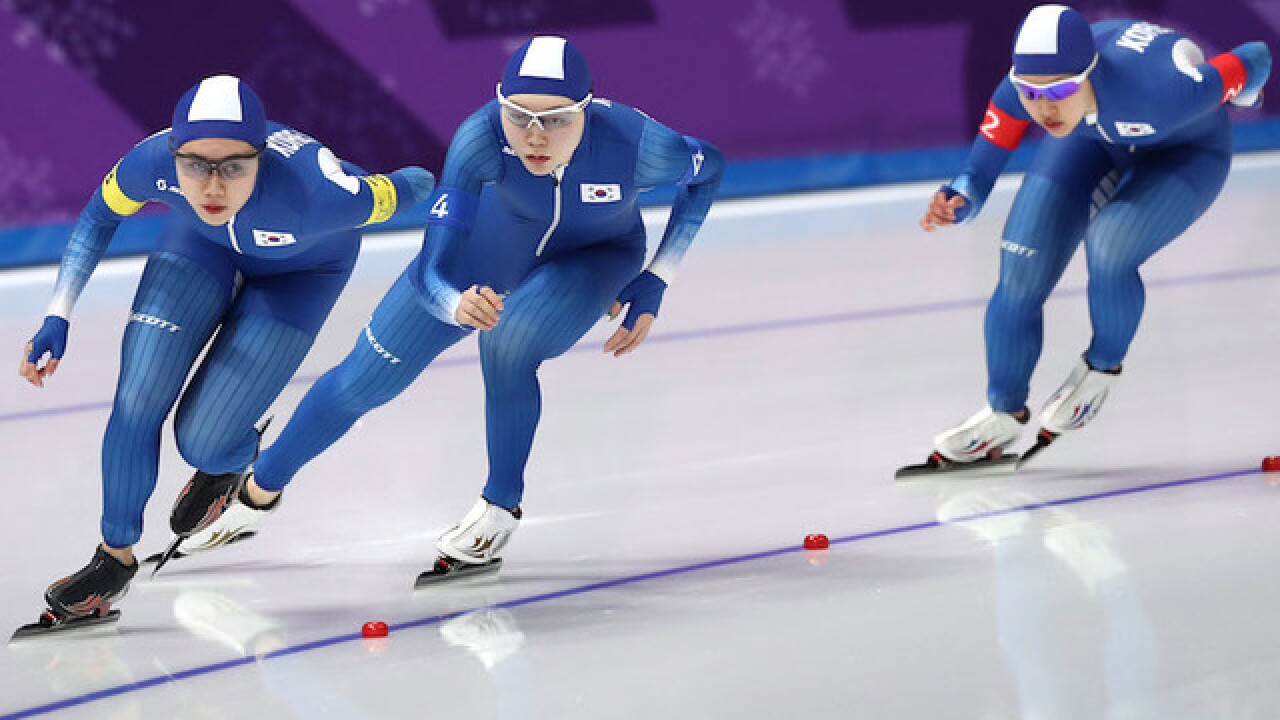 The public scapegoating of a South Korean speed skater by two of her teammates has prompted more than 500,000 people to sign a petition calling for the duo to be banned.

The trio failed to qualify from their speed skating quarterfinal after Noh Seon-yeong crossed the line almost four seconds behind her two teammates on Monday.

That left the Korean team seventh in the women's pursuit quarterfinals at PyeongChang 2018.

The clock only stops when the third skater crosses the line, meaning it was Noh's time which counted. All together they finished the race at three minutes and three seconds -- and out of the competition.

After the race, Noh burst into tears -- after seemingly being ignored by her teammates -- and had to be consoled by their Dutch coach Bob de Jong.

Later, in a TV interview, Kim Bo-reum blamed Noh for the team's poor performance. However, she has now apologized in a press conference.

"I did an interview yesterday right after the game. I think many people were hurt after seeing that interview so I am really sorry for that," said Kim.

"I am regretting it a lot and I want to say I am truly sorry."

Kim also says she should have shown more support for Noh.

"I became greedy and focused ... only when I reached the finish line I realized she was behind.

"It's my fault for not being able to take care of the player at the back when I was on the lead."

Bullying is a 'disgrace' to the country

However, despite Kim's apology, the petition calling for her, and Park Ji-woo to be expelled is gaining momentum.

Because the petition has received more than 200,000 signatures in less than 30 days -- 24 hours in fact -- the Blue House must address the issue.

One person who signed the petition online said the skaters bought "embarrassment" to the country, another said it was a "disgrace."

Others took to Twitter. One user wrote: "(This is) the polar opposite of what the Olympics stand for. Strike the offending skaters from the books. Noh Seon-yeong needs justice."

In a response to CNN's request for comment, the Presidential house said: "The Blue House plans to respond to the petition at an appropriate time. We will likely pass our recommendations or express our views to relevant bodies."