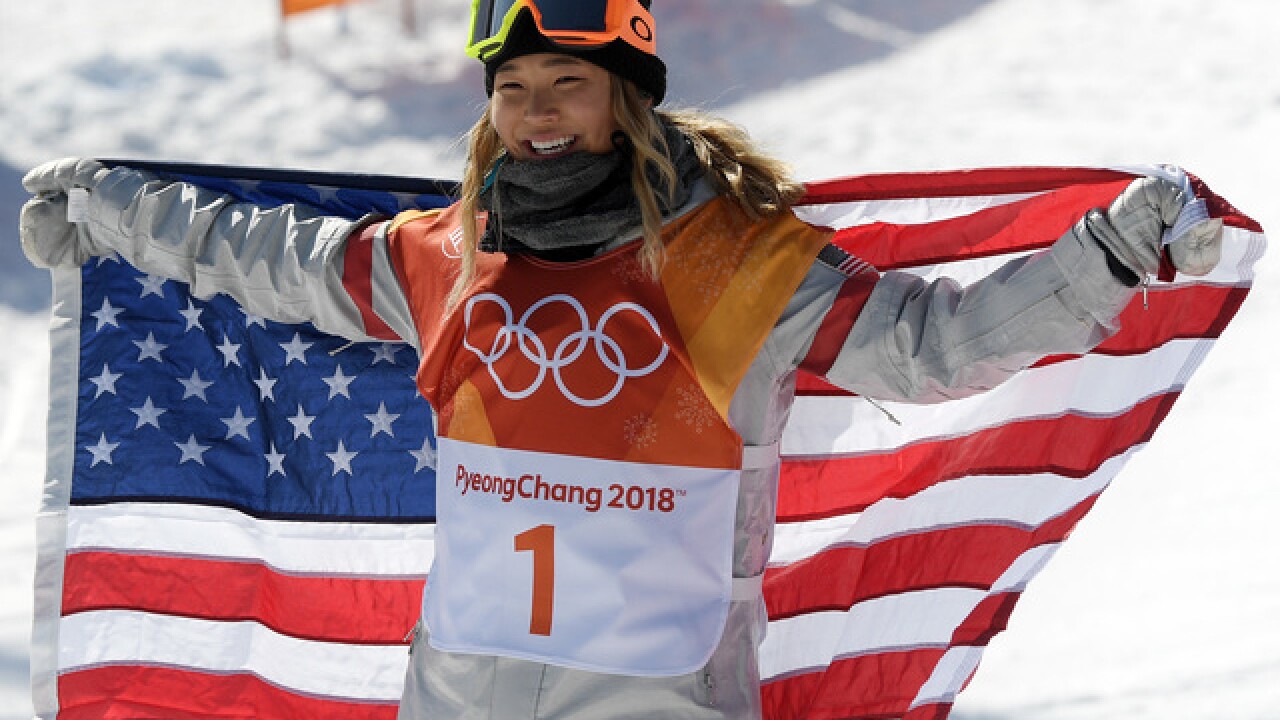 The 17-year-old from Torrance, California, dominated the Olympic women's halfpipe snowboarding final on Tuesday, soaring to a gold medal four years in the making.

Kim put up a score of 93.75 on the first of her three finals runs and then bettered it with a near-perfect 98.75 on her final run with the gold already well in hand. With members of her family in the stands, including her South Korean grandmother, Kim put on a show that delivered on her considerable pre-Olympic hype.

Liu Jiayu took silver with an 89.75 to become the first Chinese snowboarder to medal at the Olympics.