One shot away; Shockers lose game, league to Cincinnati, 62-61 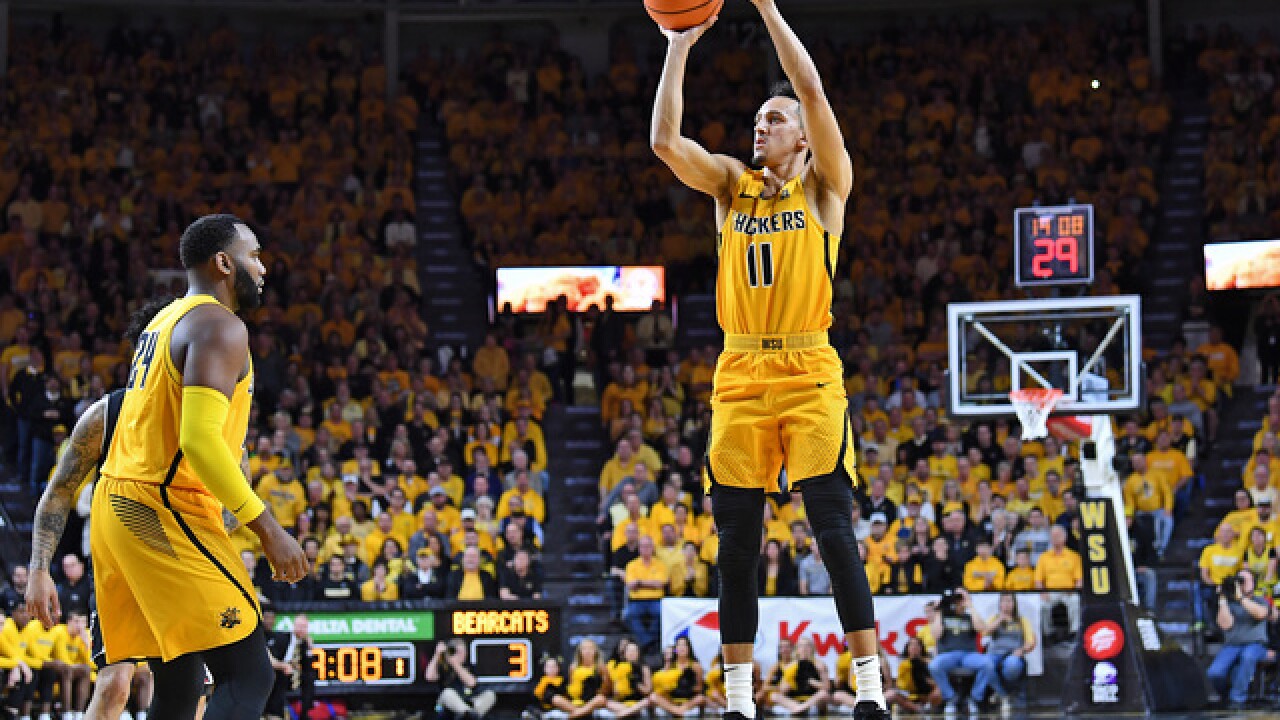 Copyright 2018 Scripps Media, Inc. All rights reserved. This material may not be published, broadcast, rewritten, or redistributed.
Peter Aiken
<p>WICHITA, KS - MARCH 04: Landry Shamet #11 of the Wichita State Shockers hits a jump shot during the first half against the Cincinnati Bearcats on March 4, 2018 at Charles Koch Arena in Wichita, Kansas. (Photo by Peter Aiken/Getty Images)</p>

Jacob Evans scored 19 points to lead No. 10 Cincinnati to a 62-61 victory over No. 11 Wichita State on Sunday, giving the Bearcats the American Athletic Conference title.

Cincinnati (27-4, 16-2) survived a slugfest of a second half as the teams combined for just two baskets in the final five minutes.

Wichita State (24-6, 14-4) needed a victory to share the conference title and would have earned the top seed in the AAC tournament after having defeated Cincinnati earlier this season.

Jarron Cumberland and Kyle Washington each scored 11 points for the Bearcats, and Gary Clark added 10.

Clark had a layup with four minutes remaining and two free throws with 3:27 to play, giving Cincinnati a 62-58 lead it didn't relinquish.

The Shockers had three shots in the final 15 seconds to win but could not score.

Cincinnati: The Bearcats get a tough road victory that raises their profile and answers some questions about their schedule.

Wichita State: With six seniors playing their final game, the Shockers could not muster enough offense to win.

Cincinnati: The Bearcats will play Friday in the American Athletic Conference tournament.

Wichita State: The Shockers will play Friday in the American Athletic Conference tournament.