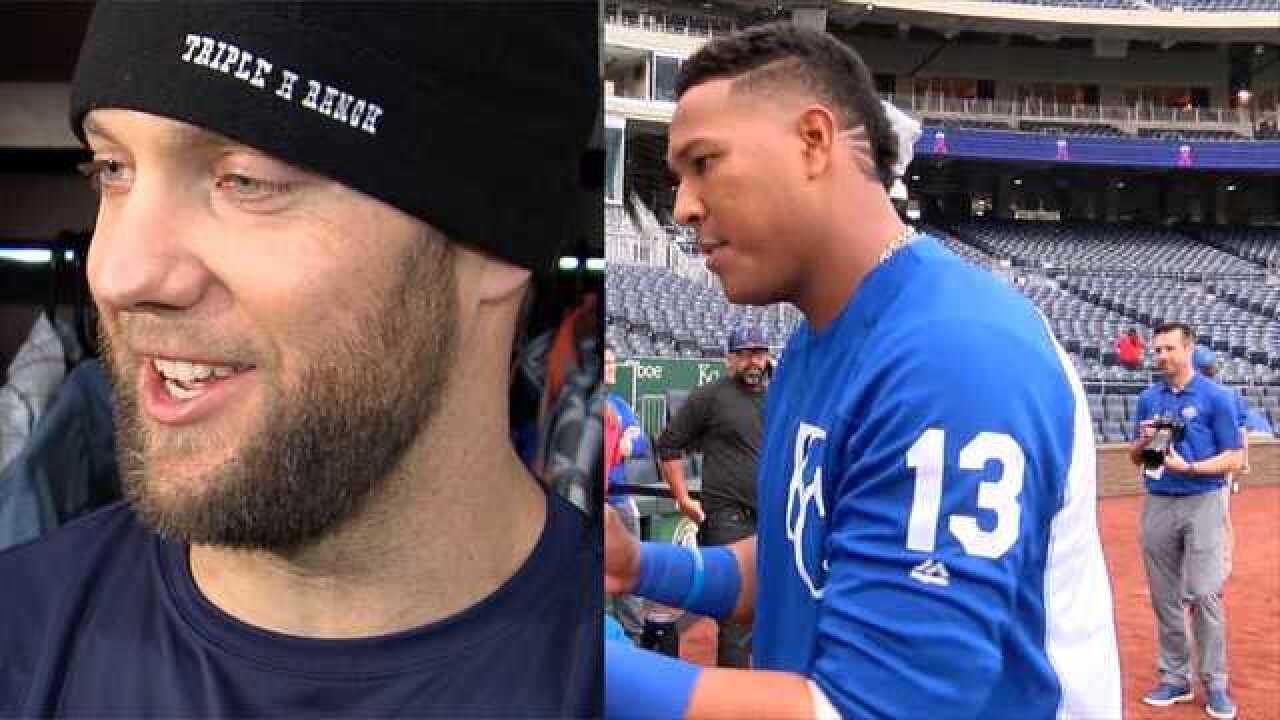 KANSAS CITY, Mo. — A pair of Kansas City Royals players has been honored for their defensive efforts this past season.

Royals left field Alex Gordon and catcher Salvador Perez have both been awarded the Rawlings Gold Glove. The news was announced on national television Sunday night.

It's certainly an honor well-deserved for both players following a season that most on the team will want to forget. Since 2011, the Royals have won 16 Gold Glove awards which is the most in Major League Baseball during that span. This year's awards bring the total to 34 in the team's 50-year history.

The players released a statement through the team about winning the award.

Salvy was also elated to win the prestigious award and gave a statement through the team.

"I want to give thanks to God for blessing me every day, my family and my coach Pedro Grifol," Perez said. "They all have been a huge part of my success and accomplishments in my career. Without their help and support, I wouldn't be where I'm at today. It was a tough year with two injuries. But, my love for the game helped me to stay strong. It is a huge honor to receive another Rawling Gold Glove in my career."