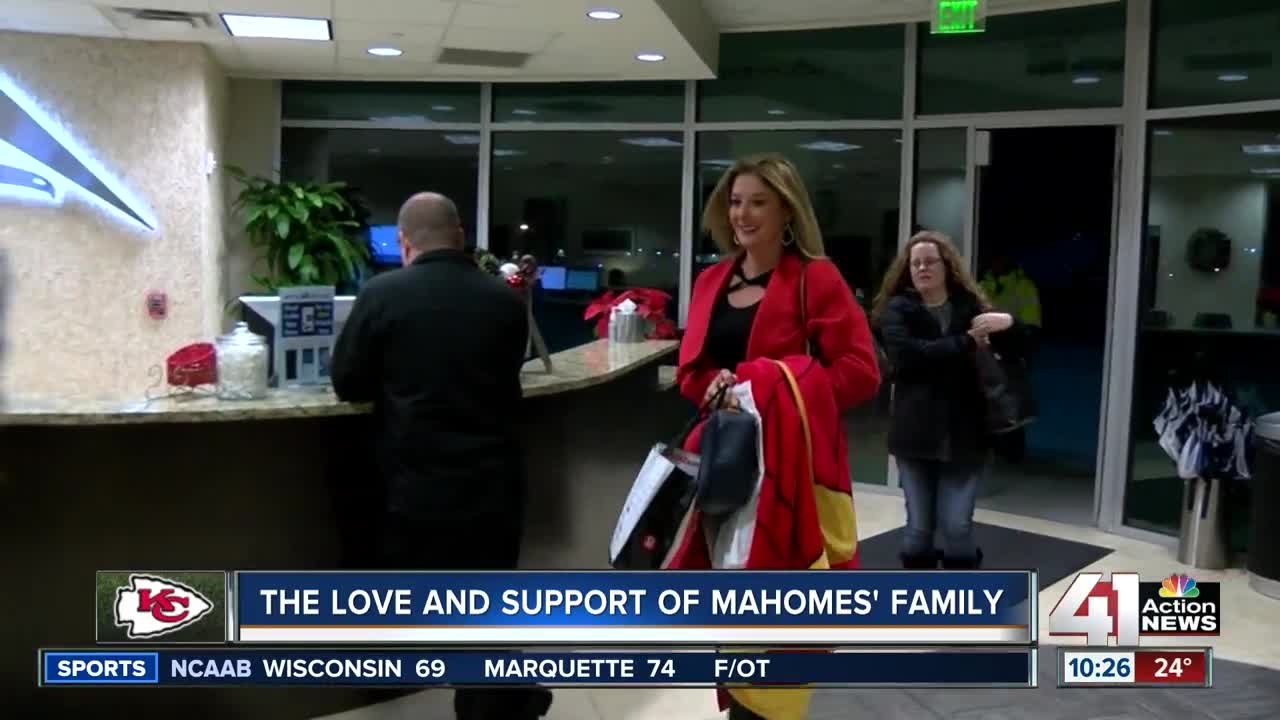 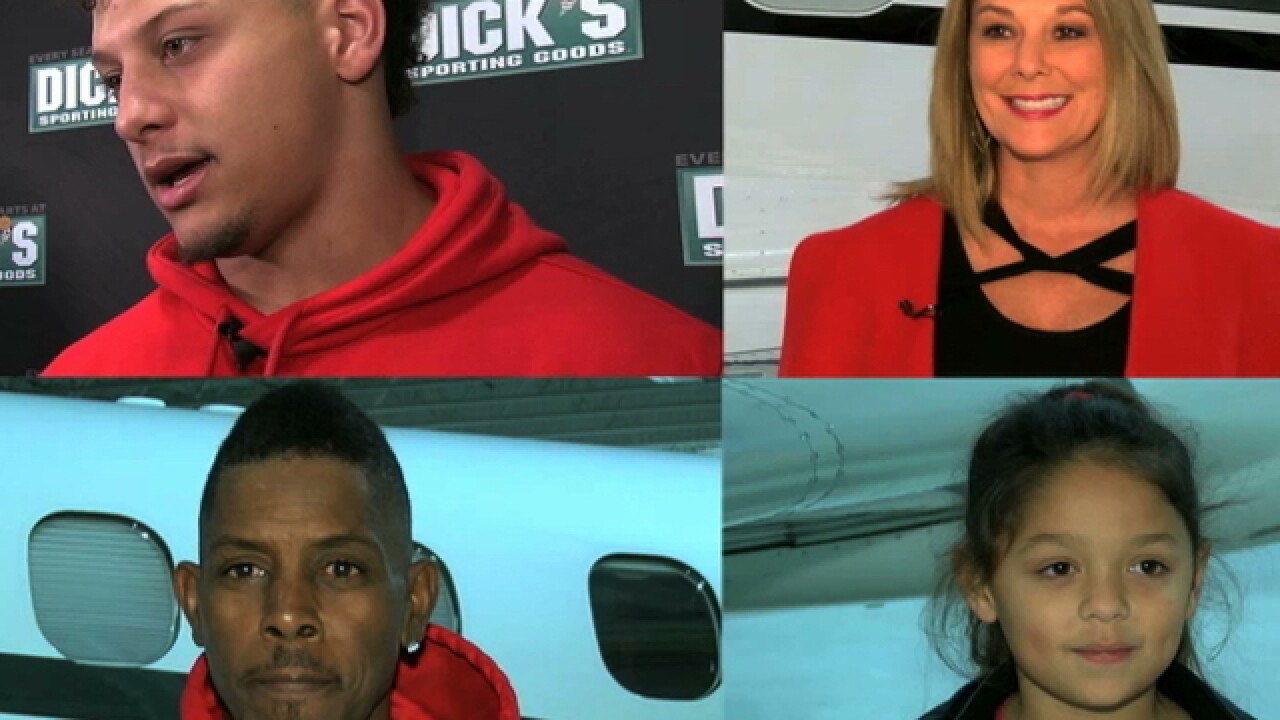 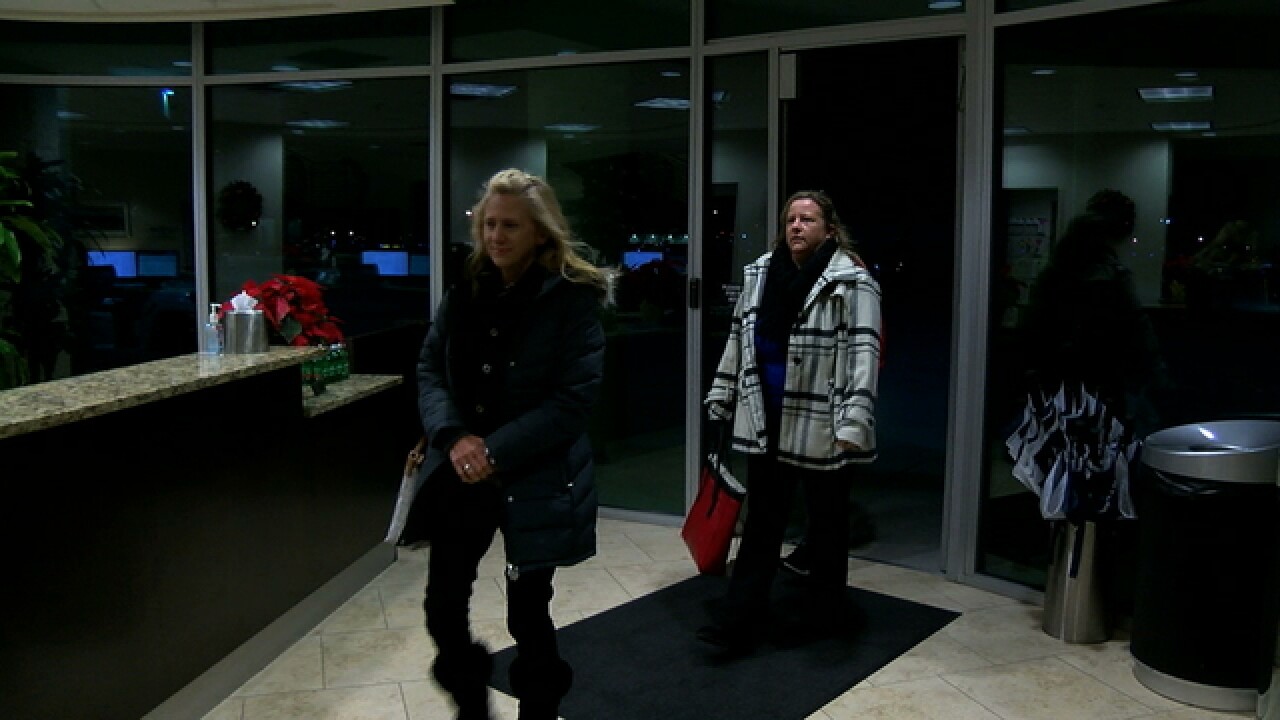 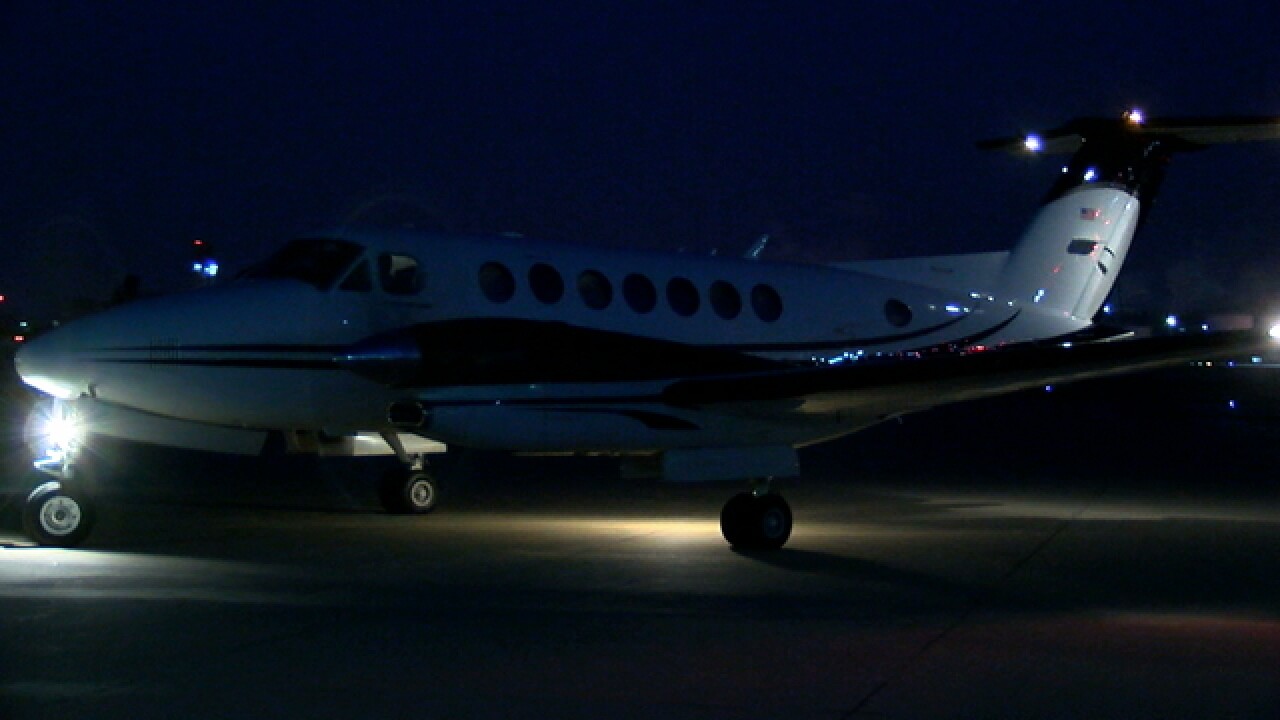 It's often touted that Arrowhead Stadium is the loudest stadium in the NFL. 76,000 fans all scream at the top of their lungs in support of their hometown team. A lot of the cheering is for Chiefs quarterback Patrick Mahomes II.

His family is also among the many fans there supporting him each and every home game. With the help of Lenexa-based Airshare, a private aviation company, the family can make the trip from Tyler, TX to Kansas City much easier.

"It's unbelievable. I mean, I think we're all spoiled," Patrick's father Pat Mahomes said of flying in a private plane. "I played professionally. And, you know, I never had anything like this, you know, to be able to get picked up at home and come here with your family and knowing we're all [happen to be] here and not having to worry about if somebody's safe, or something happened."

Patrick's immediate family, including his younger brother Jackson and younger sister Mia, along with other family members, landed at the Charles B. Wheeler Downtown Airport Saturday evening. Despite the cold weather that greeted them upon arrival, the family was in good spirits as they disembarked from the plane.

Patrick's mother Randi Mahomes noted her appreciation for the opportunity to fly and support her eldest son during games.

"It's a blessing. It's definitely a blessing for us all to be together and get to travel together to irritate each other a little bit," Randi said jokingly as she chuckled. "It's been fun. It's a great experience that, you know, I wouldn't trade it."

Mahomes II is having a fantastic season, on the field, for the Chiefs. He became the ninth quarterback in NFL history to throw 40 touchdowns in a single season. Patrick's also the fastest quarterback to eclipse 4,000 yards in their career doing it in his first 13 career games. And, he set the Chiefs single-season touchdown record. While some fans and experts are surprised at the amount of success he's had so early in his career, his family is not.

"I think we all kind of knew that he was gonna have a chance to play something professionally you know. And, the main thing was, go out there and treat people right. You know, praise your teammates, be humble, go out there and, you know, do the best you can. That's all anybody can ask of you," Mahomes said.

"Every time that you watch him play, you're probably gonna see something that you've never seen before. I know he's gonna try to go out there and do everything he can to win that ballgame. So, I mean, a lot of the stuff that [you all] are seeing, we have all seen before," Mahomes finished.

Randi says that she is able to talk to Patrick prior to the start of the game on any given game day.

"Usually, we may talk for a second. Or, I usually send him a text. And, he does respond on game day too whenever I text him," Randi said. "It's pretty general. It's something between us that I kind of say it every time no matter what."