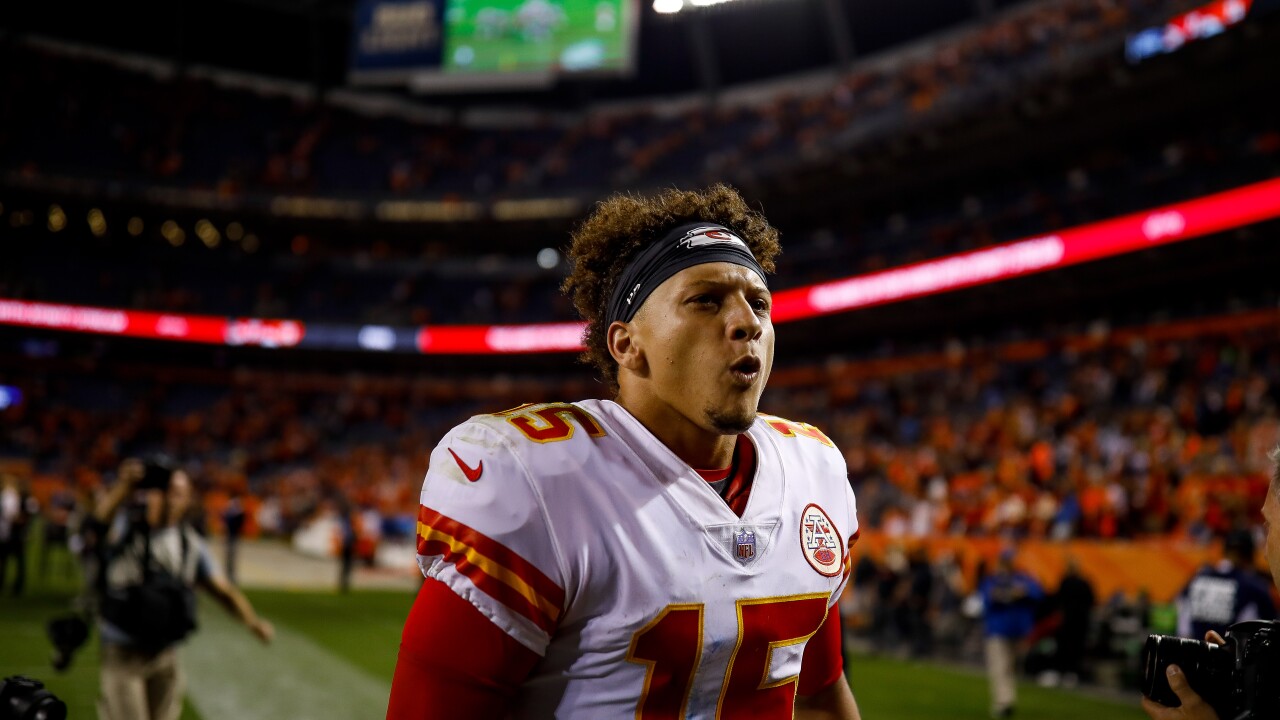 The Chiefs' ketchup-loving quarterback just landed what might be his ideal endorsement deal — Hunt's Ketchup.

Patrick Mahomes' love for ketchup became a viral joke after an ESPN interview revealed the QB loves the condiment so much he receives bottles for Christmas and even puts it on his steak and macaroni and cheese.

Who else would you rather have passing you the ketchup? Welcome to the team, @PatrickMahomes5! pic.twitter.com/954I7a8z13

The Action Network's Darren Rovell tweeted the news about the deal with Hunt's on Wednesday.

Heinz Ketchup had previously offered Mahomes free ketchup for life if he threw 57 touchdown passes this season. He hasn't yet reached the goal, and that offer may not still be on the table now that he's signed with their competition.

The #PatMahomesChallenge went viral last month, in which posts on social media showed people putting ketchup on everything, including plain bread and watermelon.