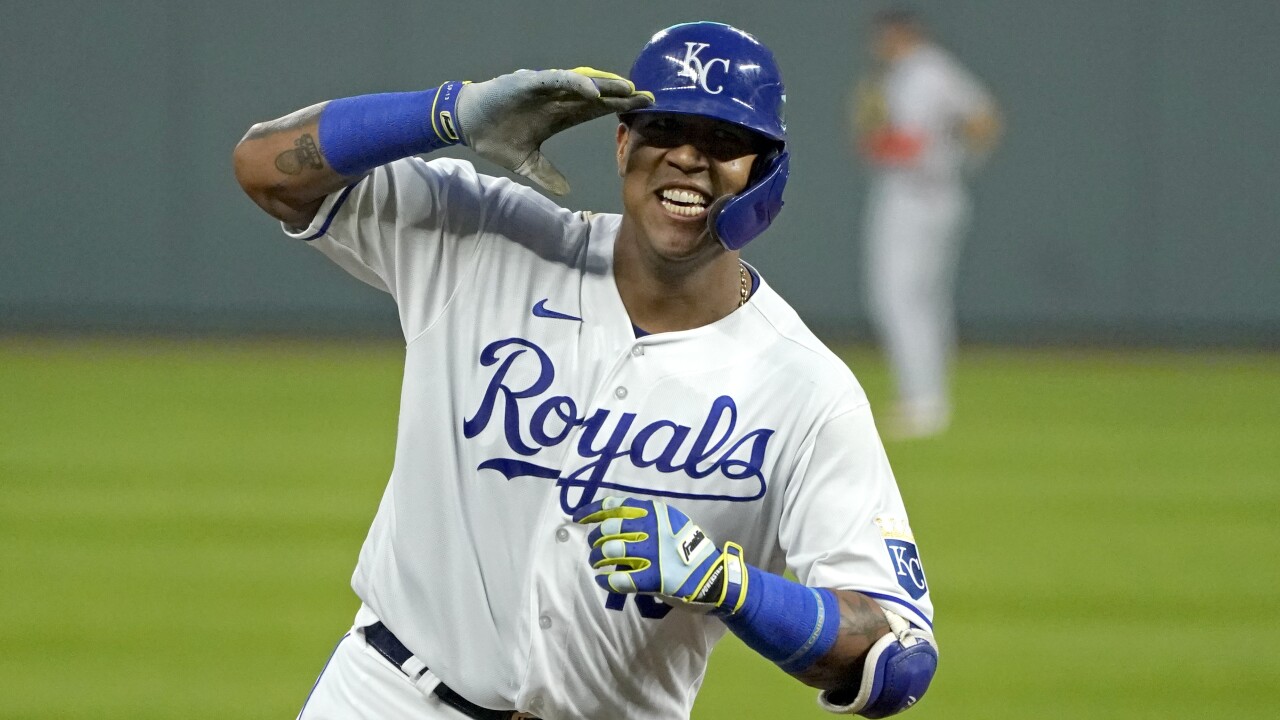 Charlie Riedel/AP
Kansas City Royals' Salvador Perez celebrates as he runs the bases after hitting a three-run home run during the first inning of the team's baseball game against the Detroit Tigers on Thursday, Sept. 24, 2020, in Kansas City, Mo. (AP Photo/Charlie Riedel)

Franco's eighth homer of the season put the Royals ahead in a game between two teams eliminated from postseason play.

Alex Gordon began his final series in the Major Leagues after announcing his retirement earlier in the day. He went 0-3 with a walk.

Adalberto Mondesi had four hits and two RBIs, Perez had two hits and three RBIs, and Jorge Soler plated one. Miguel Cabrera continued his hot streak with a two-run homer in the fifth to tie the game at 4. He has four home runs and 12 RBIs in the past four games.