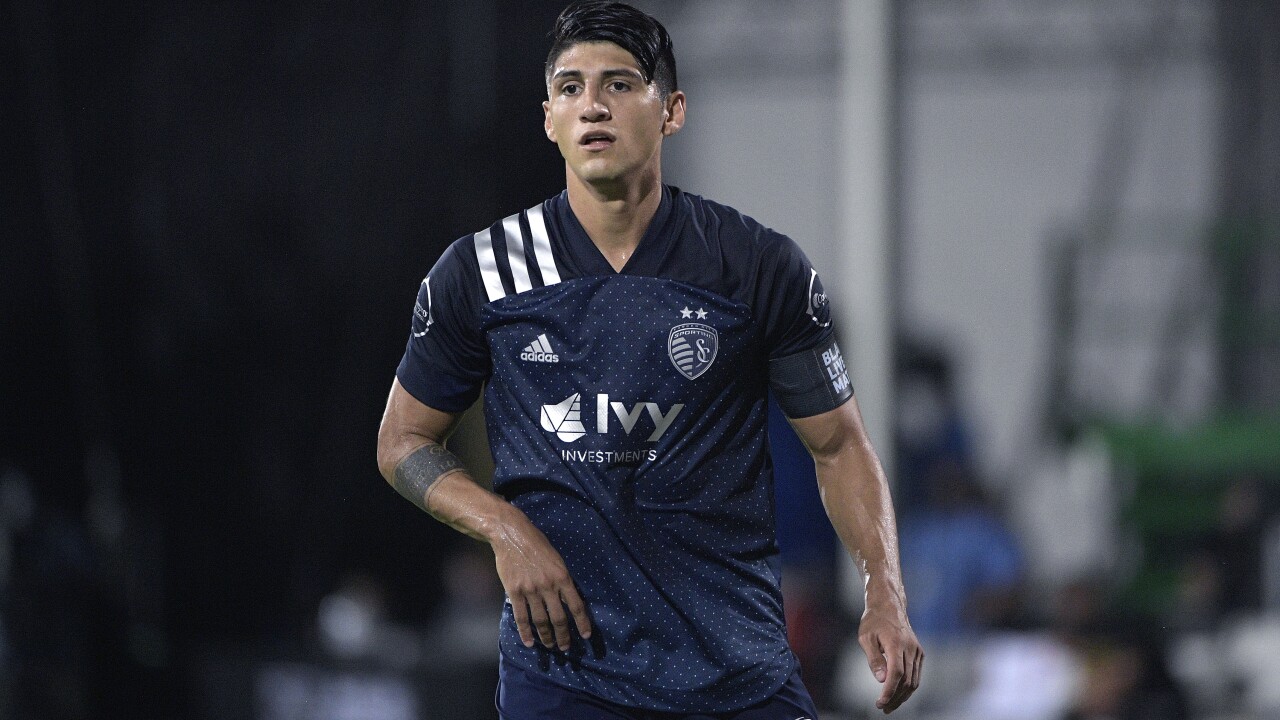 Phelan M. Ebenhack/AP
Sporting Kansas City forward Alan Pulido (9) sets up for a play during the first half of an MLS soccer match against the Philadelphia Union, Thursday, July 30, 2020, in Kissimmee, Fla. (AP Photo/Phelan M. Ebenhack)

Pulido opened the scoring in the 34th minute and his sliding first-timer in the 73rd made it 2-0.

Sporting (7-5-2) snapped a two-game skid. Sam Junqua, a 23-year-old defender, scored his first MLS goal for the Dynamo in the 84th minute.