Rays' one run enough to beat Royals, take game one of the series 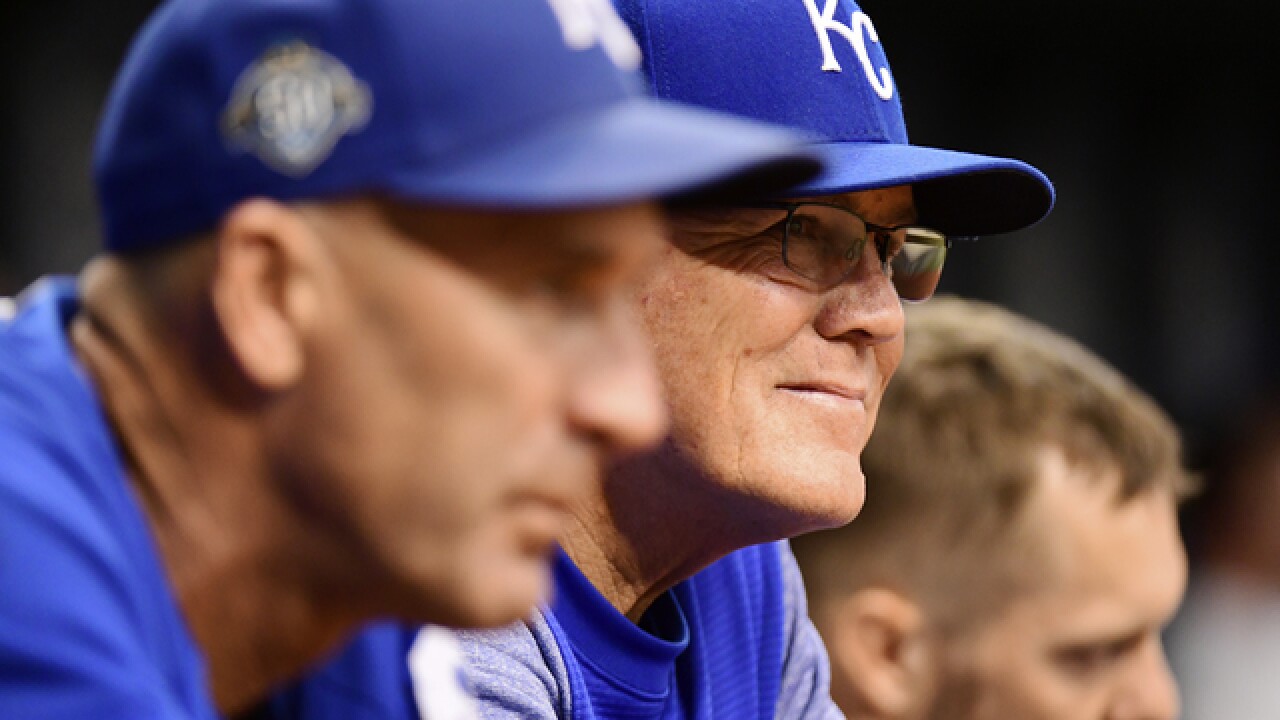 Copyright 2018 Scripps Media, Inc. All rights reserved. This material may not be published, broadcast, rewritten, or redistributed.
Julio Aguilar
<p>ST PETERSBURG, FL - AUGUST 20: Ned Yost #3 of the Kansas City Royals looks on during the fourth inning of a baseball game against the Tampa Bay Rays on August 20, 2018 at Tropicana Field in St Petersburg, Florida. (Photo by Julio Aguilar/Getty Images)</p>

Ryan Yarbrough helped extend Tampa Bay's shutout streak to 23 innings, and the Rays got their only run via video replay in a 1-0 win over the Kansas City Royals on Monday night.

Yarbrough and three others combined for Tampa Bay's second straight shutout. Jose Alvarado pitched the ninth for his fifth save and stretched the Rays' streak of scoreless innings, which included 14 over the weekend in Boston.

Willy Adames drove in the game's first run. After singles by Ji-Man Choi and Kevin Kiermaier in the second inning, Adames hit a two-out chopper over third base. Adames beat Rosell Herrera's throw across the diamond, but it took a 43-second review to reverse the original out call.

Kiermaier had three of Tampa Bay's eight hits after coming into the game batting .127 in August.

Rays: INF Daniel Robertson said recent surgery to repair a torn ligament in his left thumb went well and he has no pain. Robertson hasn't given up on getting at-bats during the final days of the season. "There won't be any rushing it," he said. ... LHP Vidal Nuno (strained right hamstring) will make his second rehab start Tuesday night with Class A Charlotte and should be back in September.

LHP Matthew Liberatore, taken by the Rays in the first round of the 2018 draft, allowed three hits and struck out eight over five innings to get his first pro win in the GCL Rays' 6-0 victory over the Twins. He has a 0.98 ERA over 27 2/3 innings in eight starts.

LHP Blake Snell (14-5) will pitch Tuesday night's game against Royals RHP Glenn Sparkman (0-1). Snell, whose 2.10 ERA ranks second in the AL, has not given up a run in two straight starts of five innings each.