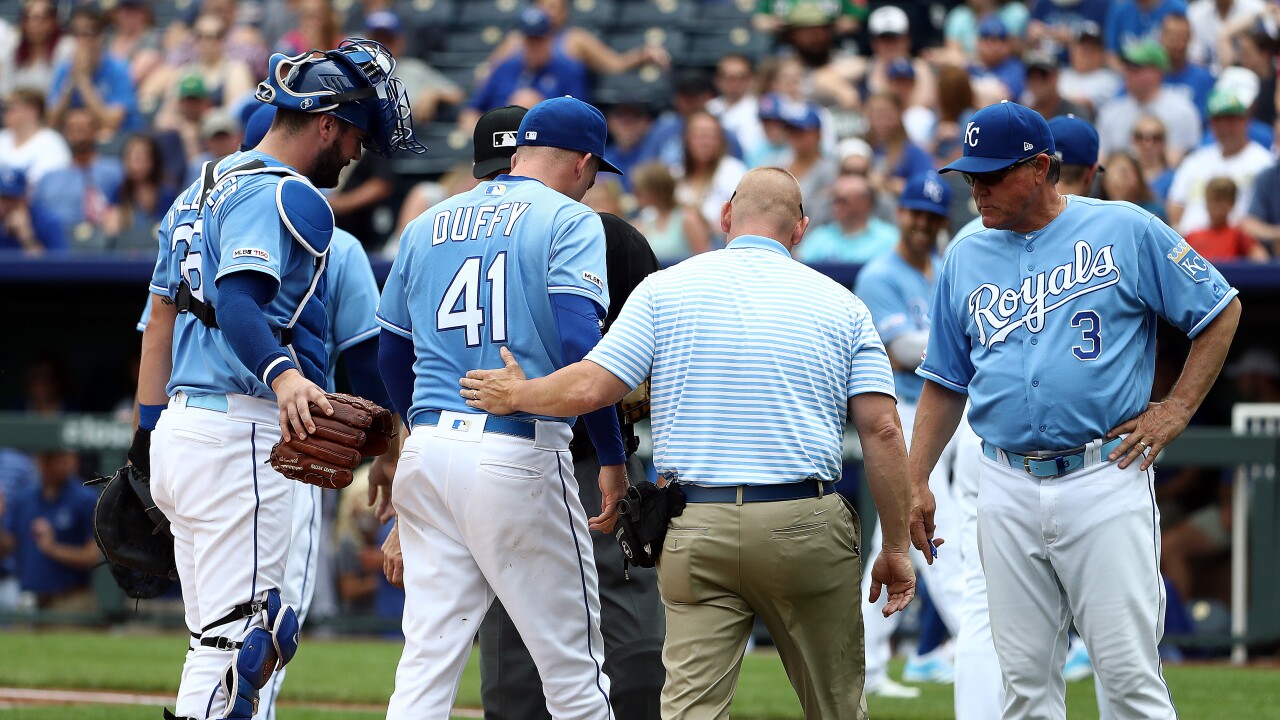 Boston outscored the Royals 23-8 over three games and swept a series for just the fourth time this year, the first since May 10-12 against the Chicago White Sox. The World Series champions are 27-16 following a 6-13 start.

Kansas City has lost six straight and nine of 10, dropping to a big league-worst 19-43.

With a doubleheader coming up Saturday against Tampa Bay, Boston gave Ryan Weber his third start. He allowed two runs and five hits in 1 1/3 innings, and Colten Brewer (1-2) followed with two scoreless innings of two-hit relief.

Matt Barnes, Boston's seventh pitcher, allowed Jorge Soler's one-out RBI double in the ninth but got his fourth save in seven chances by striking out Ryan O'Hearn and Chelsor Cuthbert.

Duffy allowed four runs and four hits in 2 1/3 innings. Eduardo Nunez's hard drive went off Duffy's right shin and ricocheted to O'Hearn, who tagged Nunez for the final out of the second. Duffy retired one of six batters he faced in the third.

Soler's fifth-inning homer cut the deficit to 4-3, but Christian Vazquez hit a two-run triple in the seventh and scored on Scott Barlow's wild pitch.

Cuthbert and Alex Gordon homered for the Royals.

Red Sox DH J.D. Martinez was removed in the fifth inning because of back spasms. ... LHP Brian Johnson, on the IL since April 6 because of elbow inflammation, is to make his sixth minor league injury rehab appearance Sunday.