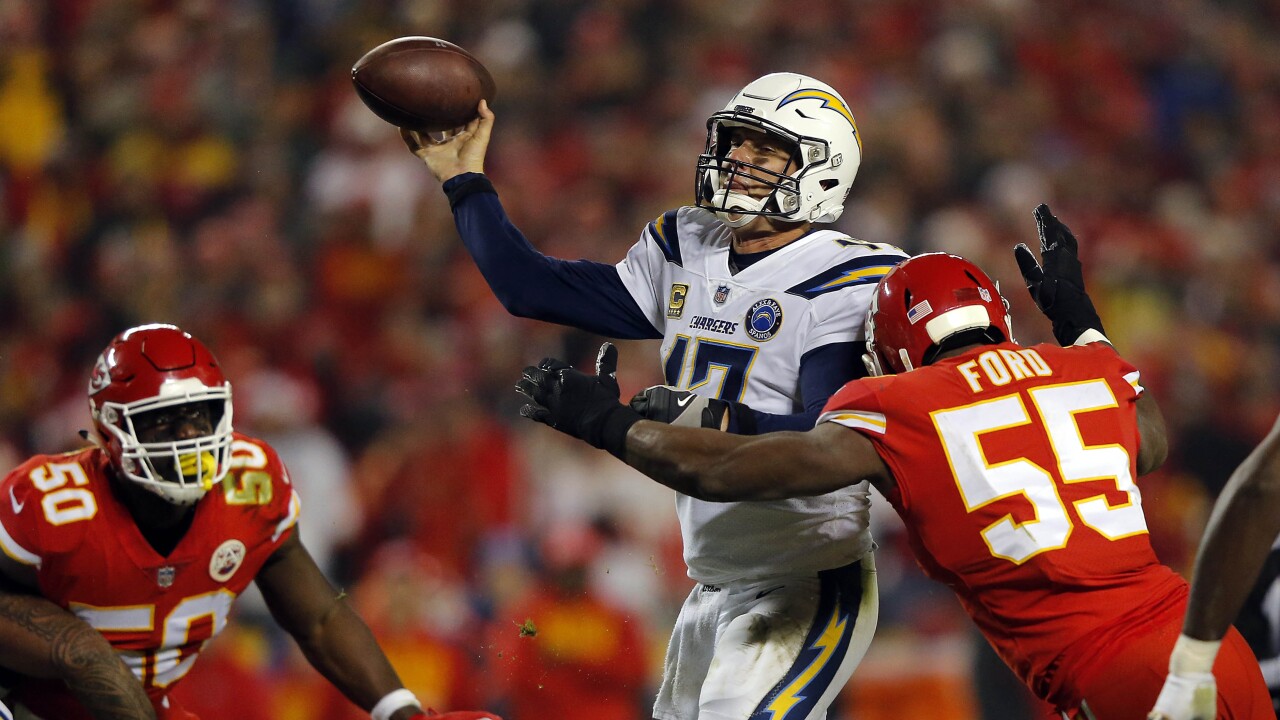 David Eulitt/Getty Images
Kansas City Chiefs outside linebacker Dee Ford — shown here hitting Los Angeles Chargers quarterback Philip Rivers on Dec. 13, 2018, during a game at Arrowhead Stadium in Kansas City, Missouri — finally had a breakout season for the Kansas City Chiefs, but it’s not likely to translate into a long-term deal with the team that selected him with the No. 23 pick in the 2014 NFL Draft.

ESPN's Josina Anderson reported the 49ers will give Ford a deal worth around $87.5 million over a five-year span.

Sounds like the #49ers will give Dee Ford a multi-year deal once the trade becomes official in the line of 5 years/$87.5M, per source. https://t.co/McLKKxheel

The Chiefs drafted Ford out of Auburn in 2014. In five seasons with Kansas City, Ford has recorded 103 total tackles and 30.5 sacks. His best year was the 2018 season, when he recorded 55 tackles and 13 sacks.

In return for Ford, the Chiefs will reportedly receive a 2020 second-round pick.

The Chiefs and Niners have agreed to parameters on a deal that would send OLB Dee Ford to San Francisco for a 2020 second-round pick, per source.

Ford's camp will need to work out a contract with the Niners to complete it.

The trade cannot become official until the new league year begins on Wednesday.