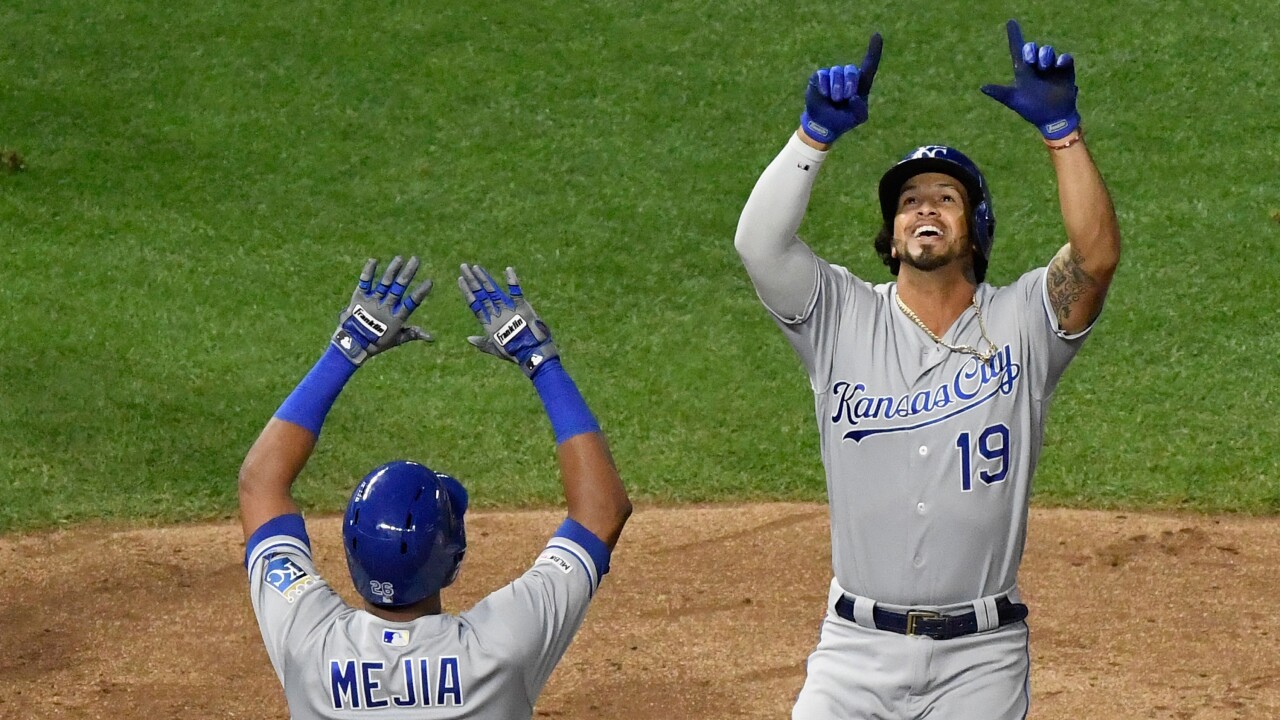 MINNEAPOLIS (AP) -- Twins closer Taylor Rogers got tagged during a seven-run ninth inning and Minnesota missed a chance to add to its AL Central lead, falling the Kansas City Royals 12-5 on Saturday night.

The Twins remained four games ahead of Cleveland, which lost at home to Philadelphia. Pinch-hitter Cheslor Cuthbert lined a tiebreaking, two-run homer off Rogers (2-4) to begin the Royals' big burst. Rogers gave up three runs on three hits while getting just one out. Rogers has been a big reason the Twins are in first place. He had only allowed one run in his previous 12 outings, and his ERA rose from 2.30 to 2.69 after his appearance.

Randy Rosario (2-0) retired the only batter he faced out of the Kansas City bullpen as the Royals ended a four-game losing streak. They avoided becoming the fourth team in the majors with 100 losses this season. Ryan O'Hearn, who homered off Minnesota starter Jose Berrios earlier, started the ninth with a single. After a sacrifice, Cuthbert connected. Jorge Soler and O'Hearn each finished with three hits. LaMonte Wade Jr. homered and tripled for the Twins, who had won six of eight.

Berrios was handed a 5-2 lead after Minnesota scored four runs in the fifth off Royals starter Glenn Sparkman. Berrios couldn't hold the lead as Ryan McBroom had an RBI single and O'Hearn followed with a two-run homer in the sixth. Berrios allowed five runs in six innings after he had surrendered just two runs over his previous two starts, spanning 14 1/3 innings.

Twins: OF Max Kepler (shoulder) pinch-ran in the eighth inning after missing the previous six games. Kepler has been running the bases and shagging flyballs during batting practice. The shoulder injury bothers Kepler when hitting. ... 1B C.J. Cron (bruised thumb) had no issues after starting Friday's game. It was his first start in five games. He was out of the lineup on Saturday. Ehire Adrianza (oblique) took groundballs prior to Saturday's game and is planning to hit off a tee on Sunday.

Royals: RHP Jorge Lopez (4-8, 5.93 ERA) will start the final road game of the season for Kansas City. He's allowed four earned runs in 17 1/3 innings over his past three starts, all coming on the road. Twins: LHP Martin Perez (10-7, 4.92) will try to improve against the Royals in Minnesota's regular season home finale. Perez is 0-1 with a 7.02 ERA in three starts against Kansas City this season.