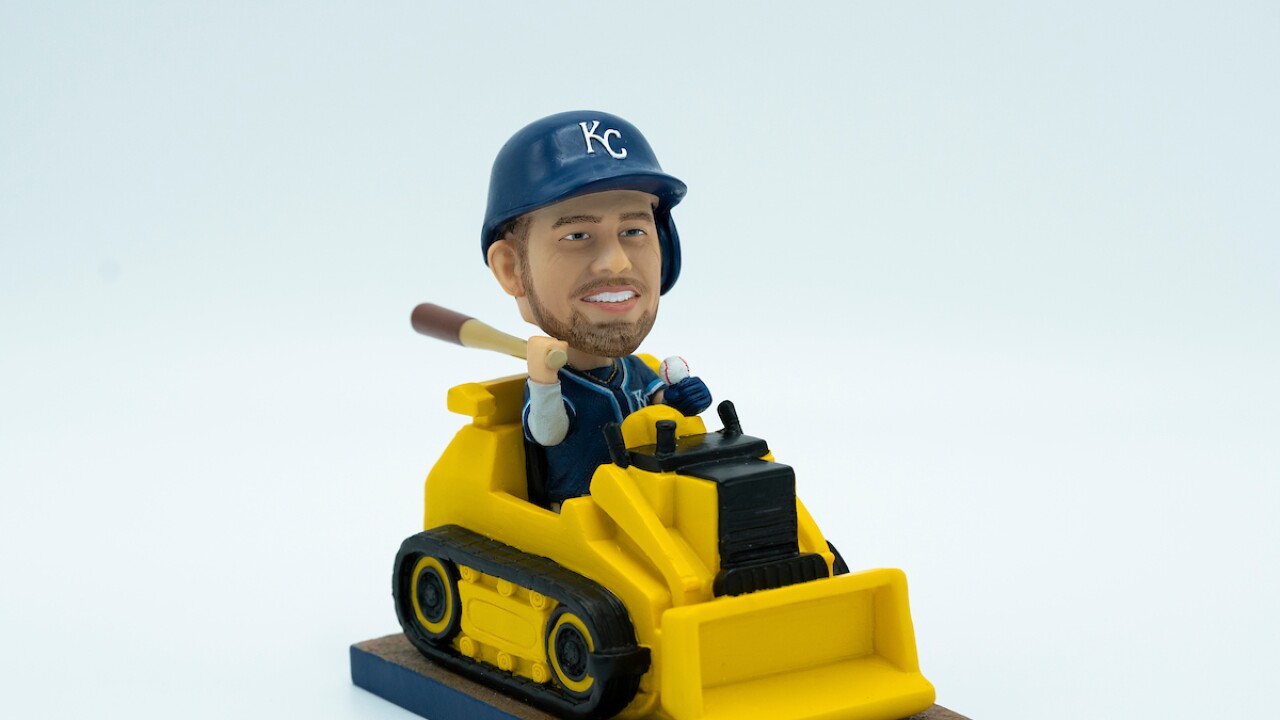 KANSAS CITY, Mo. — When your nickname is "Bull-Dozier" and your employer decides to have a promotional bobblehead giveaway in your honor, the bobblehead must include a bulldozer, right?

The Royals tweeted a video Monday of Hunter Dozier, explaining the origin of his nickname after seeing the "Bull-Dozier" bobblehead for the first time.

We hope you love this Bull-Dozier bobble as much as @hdozier_17 does.

The first 15,000 fans through the gates for a 1 p.m. game Saturday, June 6, game against the Cleveland Indians will receive the "Bull-Dozier" bobblehead.

Other bobblehead offerings on the team's 2020 promotional calendar include: