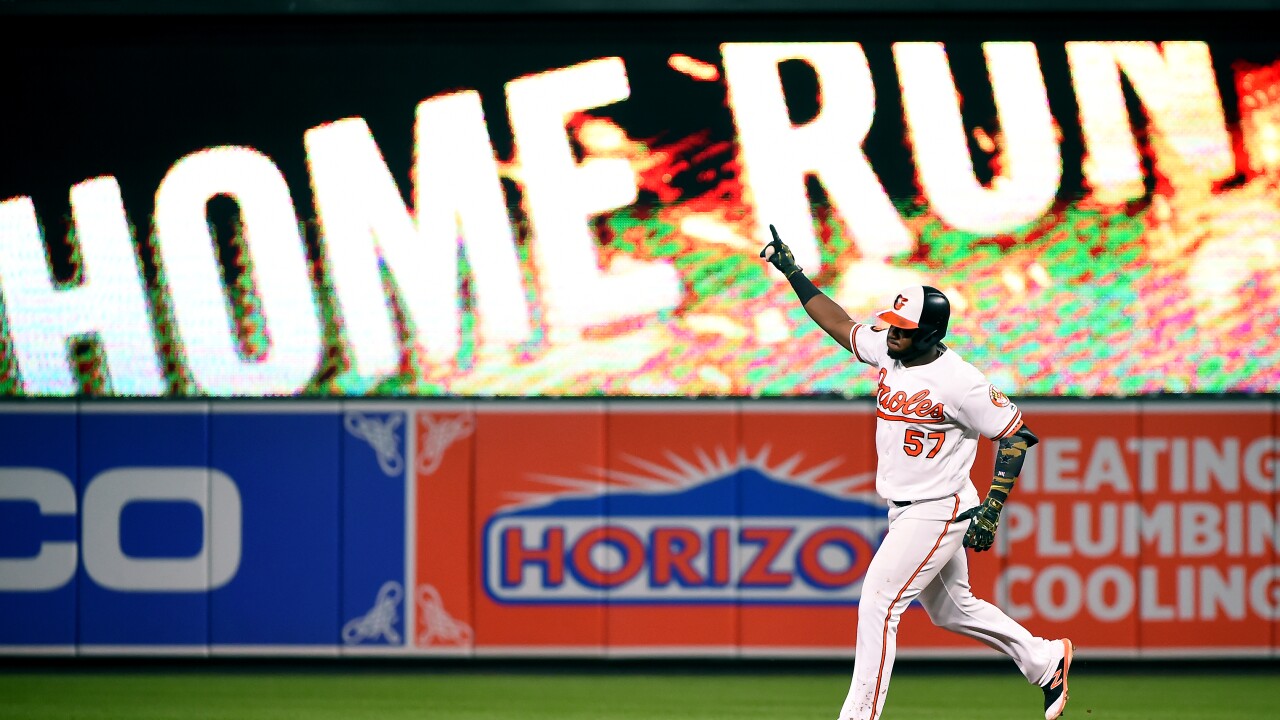 Royals reliever Jacob Barnes (1-2) sandwiched a pair of walks around two outs before Alberto hit a 1-1 pitch into the Baltimore bullpen for his eighth home run. As the ball cleared the wall, Alberto raised his right arm in the air and smiled broadly approaching second base.

Hunter Harvey (1-0) worked a perfect eighth to earn his first major league win and Mychal Givens got three outs for his 10th save.

Baltimore had lost 13 of its previous 14 games, including the series opener to Kansas City on Monday.

Both starters were very sharp, and neither factored in the decision.

Dylan Bundy allowed the Royals one run and five hits over seven innings with seven strikeouts.

Brad Keller didn't let a runner get past first base until the sixth, when Chance Sisco drew a leadoff walk and went to second on a single. With one out, right fielder Bubba Starling ran far to his right to make a diving catch of a sinking liner by Anthony Santander, and Keller finished his outing by retiring Renato Nunez on a fly ball.

Keller gave up three hits and left with a 1-0 lead, but his bid to earn his first win since July 24 ended when reliever Richard Lovelady allowed a game-tying single to Rio Ruiz in the seventh.

Catcher Adley Rutschman, the No. 1 overall pick in the 2019 draft, is moving quickly up Baltimore's minor league chain.

Less than 24 hours after going 5 for 5 for short-season Class A Aberdeen, Rutschman received a promotion to Class A Delmarva on Tuesday. He is expected to join the Shorebirds on Wednesday.

The 21-year-old Rutschman began his pro career in the Gulf Coast League and concluded his brief stint with Aberdeen on a 10-game hitting streak.

Orioles: OF Mark Trumbo has missed the entire season while recovering from knee surgery but still has hopes of returning when rosters expand in September. "Probably have to send him out to play some (rehab) games prior to that, but as of right now everything is one track," manager Brandon Hyde said. ... OF Dwight Smith Jr. (left calf strain) went 3 for 5 for Triple-A Norfolk on Monday to open his rehab assignment. "There's no problem at all. He came out healthy," Hyde said. Smith went 1 for 2 at the DH Tuesday night and will move to the outfield Wednesday.

Orioles: Aaron Brooks (2-7, 6.49) remains in search of his first win since April 11, when he beat Baltimore for Oakland. The right-hander is winless in seven starts with the Orioles since being claimed on waivers on July 6.