Royals cashing in despite slow start 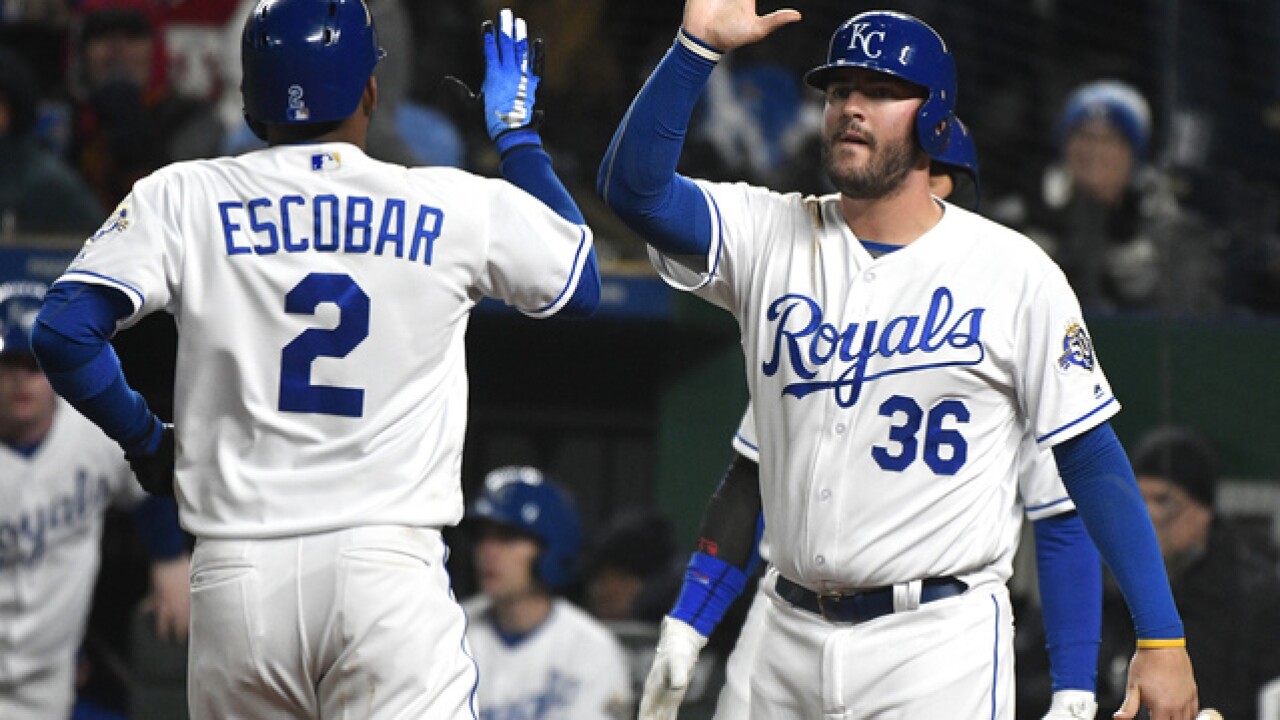 Copyright 2018 Scripps Media, Inc. All rights reserved. This material may not be published, broadcast, rewritten, or redistributed.
Ed Zurga
<p>KANSAS CITY, MO - APRIL 9: Alcides Escobar #2 and Cam Gallagher #36 of the Kansas City Royals celebrate after scoring on a Drew Butera #9 double in the fourth inning against the Seattle Mariners at Kauffman Stadium on April 9, 2018 in Kansas City, Missouri. (Photo by Ed Zurga/Getty Images)</p>

That is until you look at the value of KC's baseball franchise and you realize ownership may not be as upset about the slow start as you'd think.

The club is worth more than $1 billion. That's down three spots from a year ago.

The Royals, however, have lost a few dollars over the years. According to Forbes, the club lost $17 million in 2017 but, because of the off-season free agent market, were able to make up some ground coming into this season. It's not too hard to guess which teams are racking in the dough: