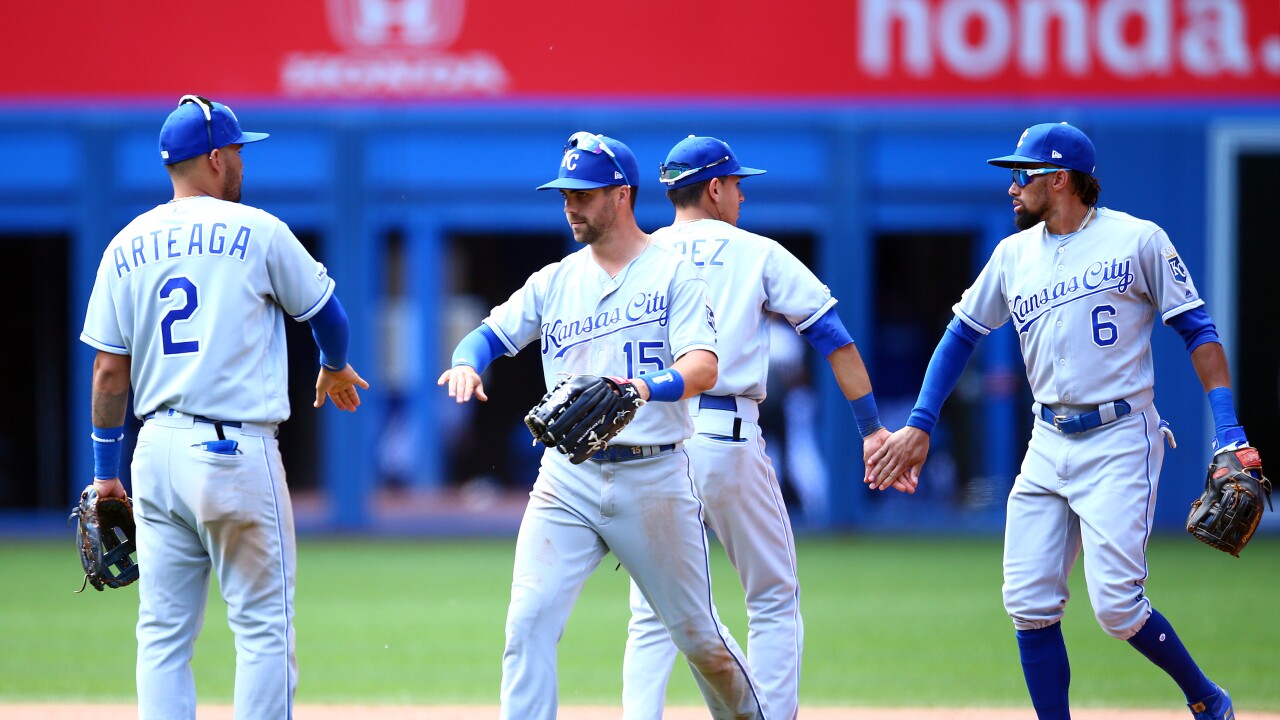 TORONTO — Jorge Soler homered and had two RBI, Brad Keller pitched five innings to win for the first time since May 22 and the Kansas City Royals beat the Toronto Blue Jays 7-6 Sunday.

Soler reached base three times as the Royals snapped a three-game losing streak and won for the first time in six games north of the border.

Justin Smoak homered twice for the Blue Jays, who had won 14 of their previous 17 home meetings with the Royals. It was the 10th multihomer game of Smoak's career. The home runs were his 13th and 14th of the season.

Smoak hit a two-run homer in the second and a solo homer in the fifth but ended the game by fouling out against Royals right-hander Ian Kennedy in the ninth, stranding the tying run at second base.

Keller (4-9) allowed six runs and eight hits in five innings to end a streak of six straight losing decisions. The right-hander has allowed six or more runs twice in his past three outings.

Kevin McCarthy worked two hitless innings and Jake Diekman struck out a pair in a 1-2-3 eighth before Kennedy finished for his 11th save in 13 opportunities.

Royals DH Lucas Duda opened the scoring with an RBI double in the second but the Blue Jays scored five times in the bottom half. Soler lost Luke Maile's fly ball in the sun, leading to a two-run triple, Eric Sogard hit an RBI single and Smoak followed with a two-run homer.

Sanchez allowed six runs and seven hits in three-plus innings to lose his 10th straight decision. It's the longest such run by a Toronto pitcher since Ricky Romero lost 13 consecutive decisions in 2012.

Soler made it 7-5 with a solo homer off Nick Kingham in the fifth, his 22nd, but Smoak replied with a leadoff blast in the bottom half.

Royals: Adalberto Mondesi (strained right groin) went 1 for 5 as the DH in a rehab game at Double-A Northwest Arkansas on Saturday night. Mondesi has been out since June 18.

Royals: RHP Glenn Sparkman (2-3, 4.07) surrendered a season-worst three home runs in his previous start, June 25 at Cleveland and has allowed seven homers in his past four outings.

Blue Jays: LHP Clayton Richard (0-4, 6.89) has allowed at least one home run in six of his seven outings this season, including a season-worst three in his previous start, June 25 at Yankee Stadium.