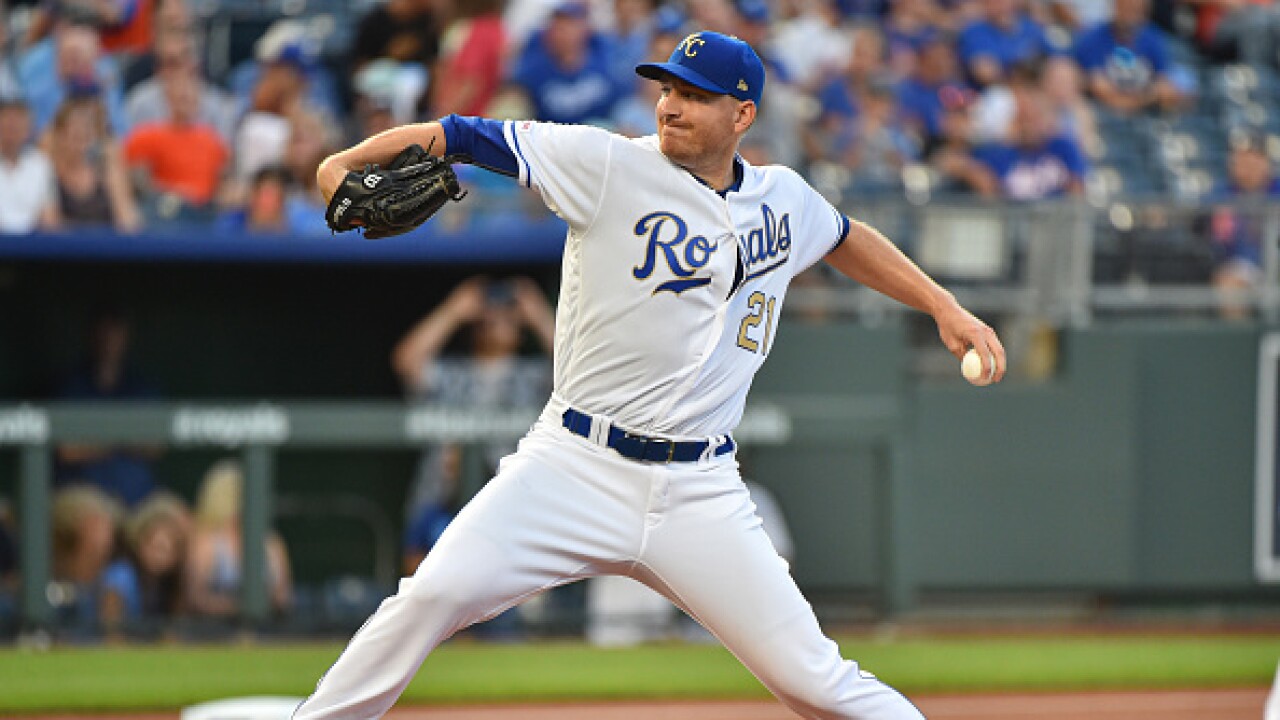 The hottest team in the majors until this week, the Mets have lost four of five after a 15-1 stretch propelled them into the crowded NL wild-card race. They dropped the series opener in a rematch of the 2015 World Series won by Kansas City in five games.

Montgomery (3-5) pitched six strong innings and allowed just one unearned run on five hits while striking out three and walking two. It was the second consecutive start in which he didn't permit an earned run, following seven smooth innings Saturday in a 7-0 win over Detroit.

The left-hander is 2/3 with the Royals since they acquired him from the Chicago Cubs.

Ian Kennedy tossed a scoreless ninth for his 21st save in 24 opportunities. He retired Amed Rosario on a bases-loaded grounder to end it.

The Royals, coming off back-to-back shutout losses to the St. Louis Cardinals, finally snapped a 22-inning scoreless string in the fifth. And it was the bottom three guys in the lineup who came through. After Ryan O'Hearn singled, Meibrys Viloria and Nicky Lopez followed with consecutive RBI doubles off Syndergaard to give Kansas City a 2-1 lead.

The Royals added a couple of insurance runs in the eighth when Brett Phillipsdrew a bases-loaded walk from Edwin Diaz, and Bubba Starling singled home a run.

Outside of the fifth, Syndergaard (8-6) gave up little else. He threw six innings and allowed just the two runs on five hits with six strikeouts, snapping a streak of six consecutive starts of at least seven innings. But after an RBI single from Michael Conforto in the third, the Mets couldn't generate anything else on offense.

SOLER ON A TEAR

Jorge Soler extended his torrid streak at the plate. The Royals' designated hitter reached base in all four plate appearances with a double and three walks. Over his last nine games, he is hitting .450 with a .639 on-base percentage and a 1.292 slugging percentage for a 1.930 OPS. In that span, Soler has eight home runs and 12 RBI.

Royals: LHP Danny Duffy (left hamstring strain) threw a two-inning simulated game and looked good, according to manager Ned Yost. The team will see how Duffy feels on Saturday, then decide whether to have him pitch another simulated game or send him out for a rehab assignment. ... SS Adalberto Mondesi (left shoulder) took batting practice on the field for the first time since getting hurt July 16.

Mets: Left fielder J.D. Davis exited with a calf problem after beating out an infield single late in the game. ... RHP Robert Gsellman was unavailable due to triceps soreness he's been dealing with for a couple of days. ... OF Brandon Nimmo was scheduled to begin a rehab assignment with Class A St. Lucie. Nimmo, on the 60-day injured list, hasn't played since May 20 because of a bulging disk in his neck.

Royals: Designated OF Billy Hamilton for assignment and recalled outfielder Brett Phillips from Triple-A Omaha. The speedy Hamilton, who signed a one-year deal with the Royals in the offseason, hit .211 in 93 games and stole 18 bases. Phillips appeared in 36 games for Kansas City in 2018 after coming over in a trade with Milwaukee, but had spent all of this season at Omaha before making his season debut on Friday. In those 36 games, Phillips hit .188 with two home runs.

Mets: Selected the contract of RHP Paul Sewald from Triple-A Syracuse and optioned RHP Drew Gagnon to their top farm club. In addition, RHP Tim Peterson was designated for assignment. This is Sewald's third stint in the big leagues this season.