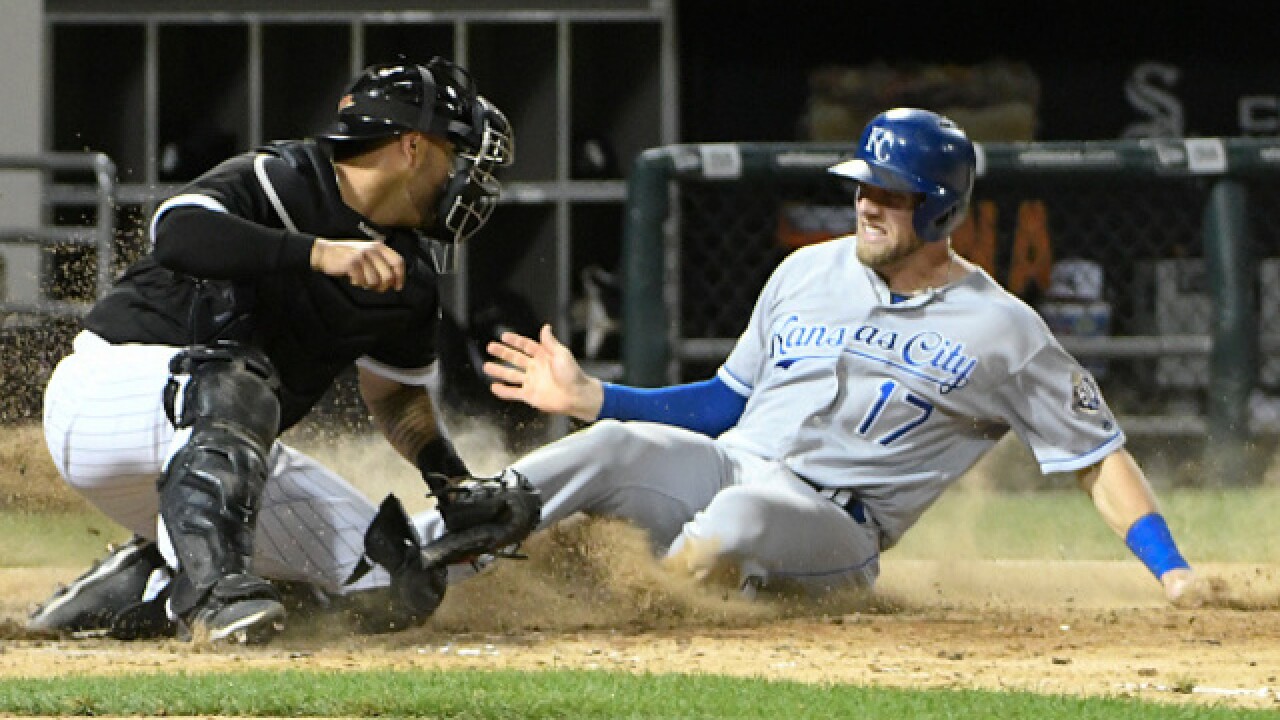 Copyright 2018 Scripps Media, Inc. All rights reserved. This material may not be published, broadcast, rewritten, or redistributed.
David Banks
<p>CHICAGO, IL - JULY 13: Hunter Dozier #17 of the Kansas City Royals is safe at home as Omar Narvaez #38 of the Chicago White Sox makes a late tag during the eighth inning on July 13, 2018 at Guaranteed Rate Field in Chicago, Illinois. The White Sox won 9-6. (Photo by David Banks/Getty Images)</p>

Garcia doubled in two runs in the first, singled in the third and connected for a solo drive in the sixth. Omar Narvaez added a two-run homer in the eighth off Kevin McCarthy and Joakim Soria pitched the ninth for his 14th save in 17 chances.

James Shields (4-10) pitched five-hit ball into the seventh inning as the White Sox earned their second straight win after a six-game slide. They finished with 14 hits against the AL Central-worst Royals.

Whit Merrifield had two hits and scored two runs for Kansas City, which has dropped 12 of 13. Brad Keller (2-4) was tagged for five runs and seven hits in 2 2/3 innings.