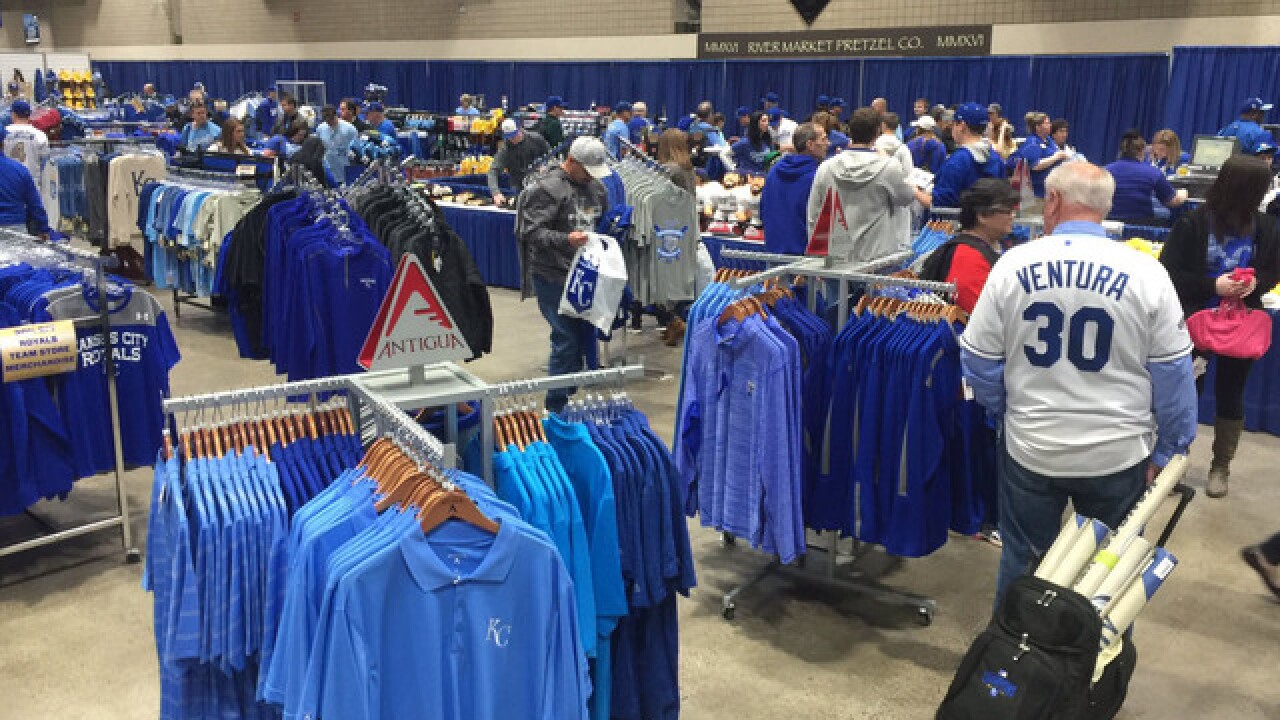 Copyright 2017 Scripps Media, Inc. All rights reserved. This material may not be published, broadcast, rewritten, or redistributed.
Royals fans were able to buy apparel at Royals FanFest 2017.

KANSAS CITY, Mo. — The annual Royals FanFest will not be held in 2021.

The Kansas City Royals said Tuesday that the event, presented by Blue Cross and Blue Shield of Kansas City, has been canceled. It was originally scheduled for Jan. 29-30.

Thousands attend the event each year, and the club determined it “would not be possible” to hold FanFest in-person in January, the Royals said in a news release.

On Tuesday, the club also announced details for the 2022 FanFest, which will be held Jan. 28-29 at Bartle Hall at the Kansas City Convention Center.

FanFest features different events, including interviews and autographs with former and current players.