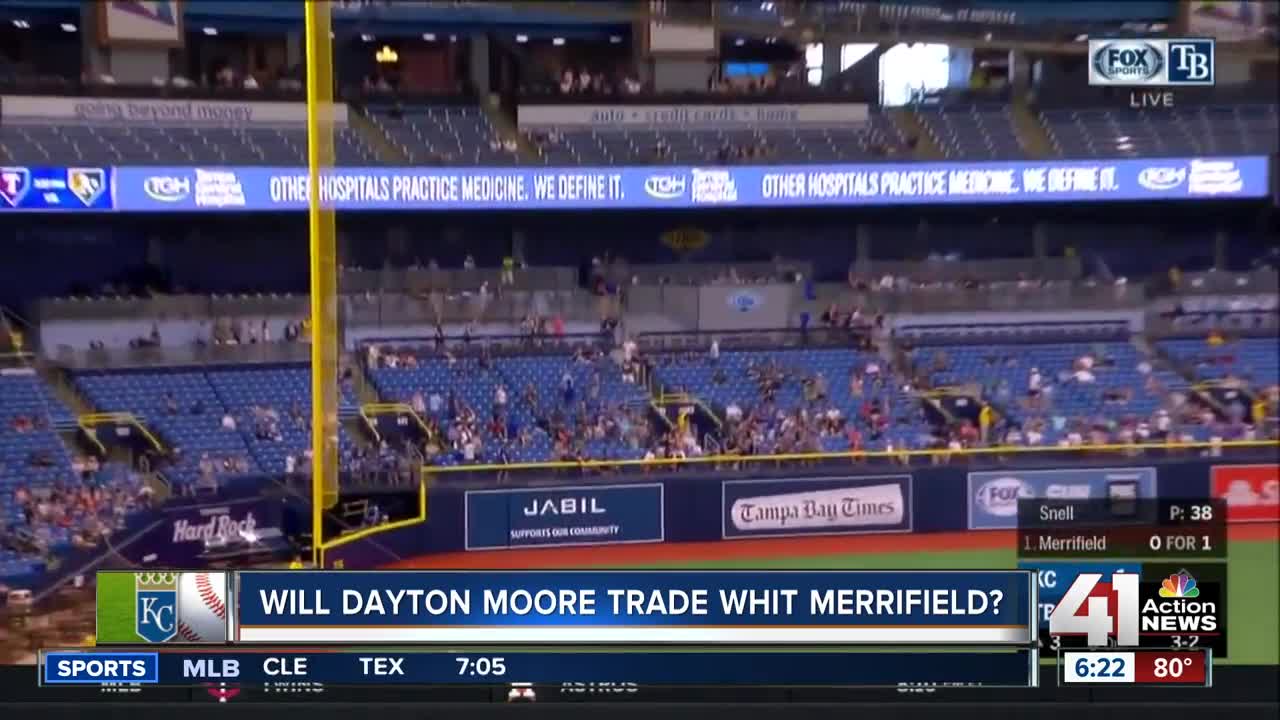 Dayton Moore said it would take extreme measures for him to trade slugger Whit Merrifield. 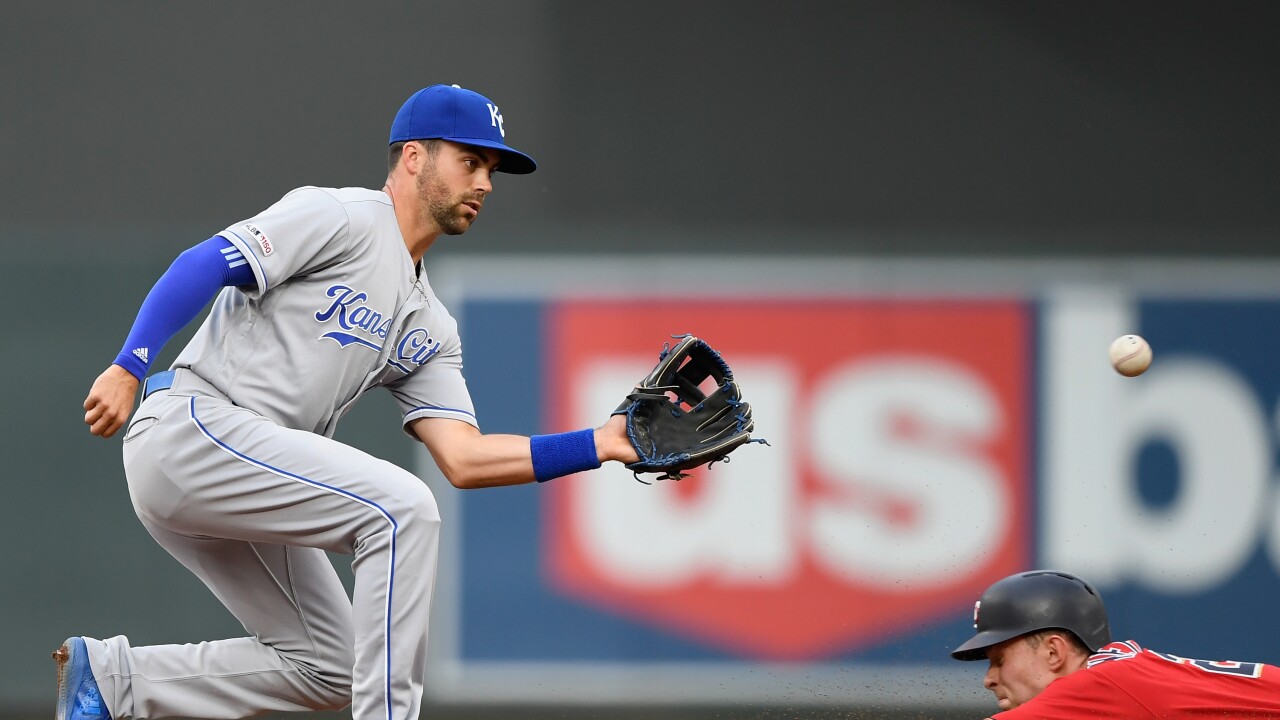 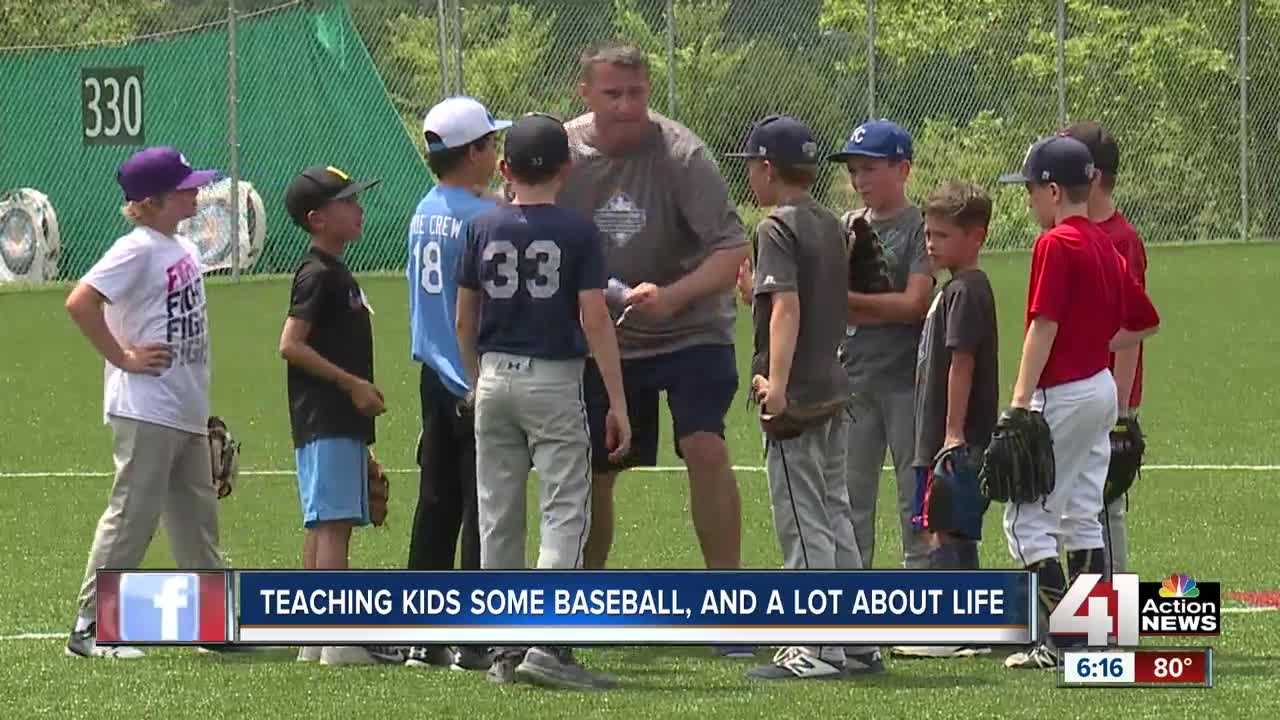 OVERLAND PARK, Kan. — Crazy things have happened, over the last few years, to the Kansas City Royals. Potentially trading Whit Merrifield might just possibly be the craziest thing yet.

Royals general manager Dayton Moore told media Monday that it would take a "crazy ask" to trade away Merrifield - someone he called one of the best players in baseball.

"It's hard to predict," Moore said of the type of package it would take to lure Whit away from the Royals. "You know, Whit is somebody that, you know, I think we gave away two or three Whit Merrifield autographed balls today. I mean, the players, the young people in our community identify with Whit. That's really important for us. He's, I believe, one of the best players in all of baseball right now. So, I mean, the ask would be just crazy."

Merrifield is having another phenomenal year, batting .302 with 8 home runs, 32 runs batted in and 11 stolen bases. He just signed a four-year contract extension with a fifth-year club option worth $31.75 million and $16.25 million in guaranteed money. Originally, the thinking was that Whit would be the Royals' centerpiece for years to come. However, the team is almost halfway to 100 losses before the All-Star break and currently have the second-worst record (23-48) in baseball. The Baltimore Orioles (21-50) are the only team with a worse record.

With no realistic hope for immediate improvement on the horizon, desperate times may call for desperate measures. That could include trading a guy, such as Merrifield, that has become a staple of the community.

"Before we signed him with that multi-year deal, and it was year-to-year," Moore said. "I mean, he was probably more marketable then than he is now. He's (gone) out and proven how good he is for the third year in a row. (He) had a contract that I think most clubs could afford. People are gonna want him on their team."