Royals kick off final week of season with win over Cards 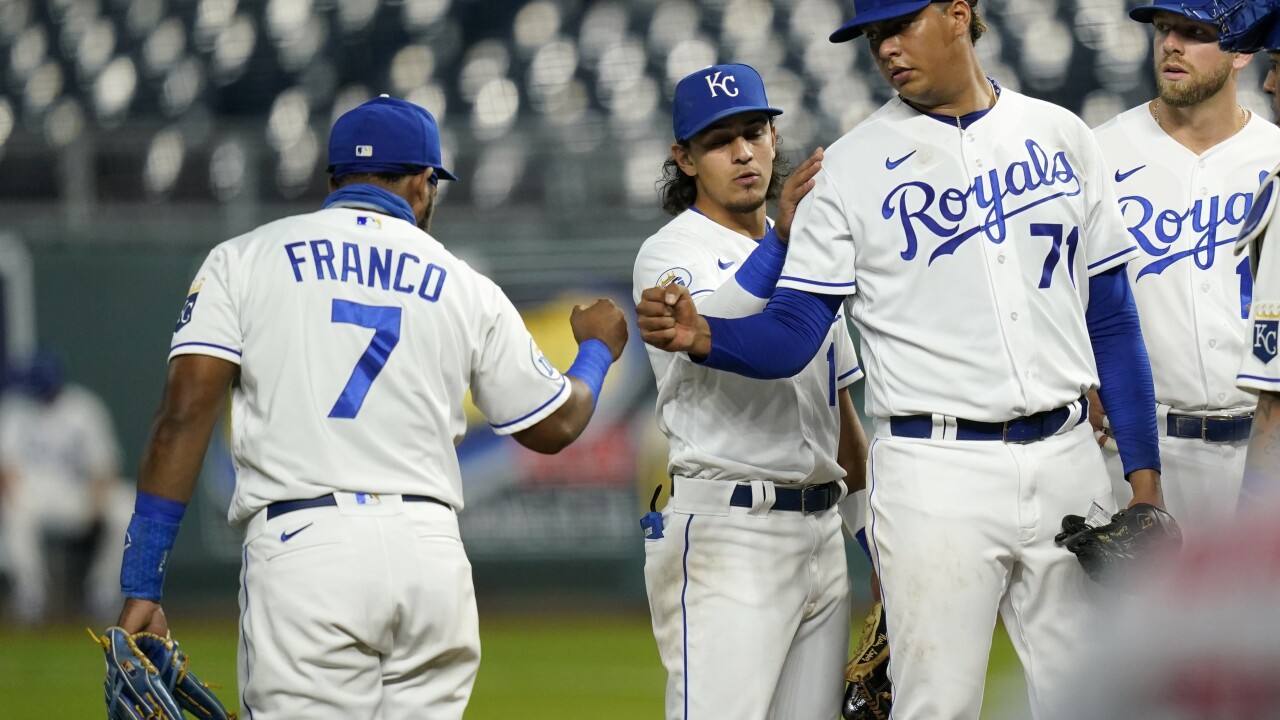 KANSAS CITY, Mo. — Maikel Franco hit the go-ahead single with two outs in the sixth inning, the Kansas City bullpen shut down the St. Louis Cardinals from the fourth inning on, and the Royals rallied for a 4-1 victory over their cross-state rivals Monday night.

Alex Gordon and Jorge Soler also drove in runs for the Royals, who returned for their final homestand after getting swept in Milwaukee, and were starting off with a playoff contender in the Cardinals that had won four straight games.

Adam Wainwright took the loss for the Cardinals. Greg Holland earned the save by handling the ninth.