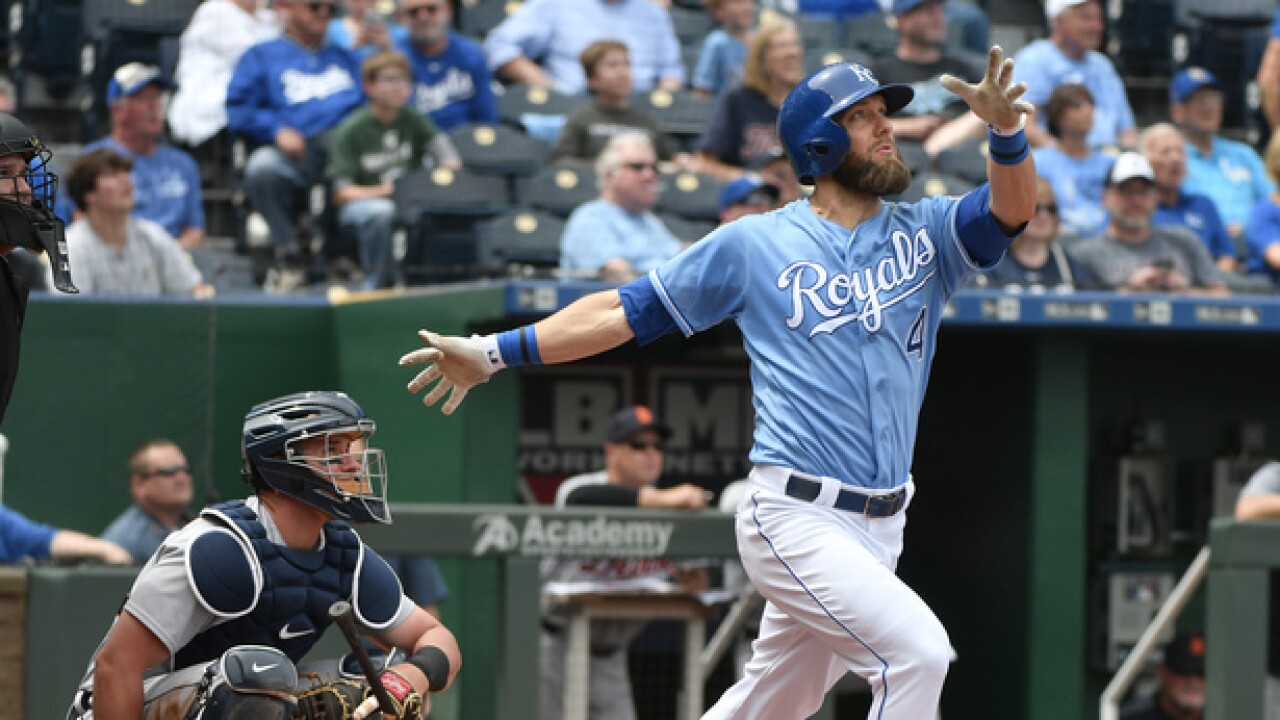 Copyright 2018 Scripps Media, Inc. All rights reserved. This material may not be published, broadcast, rewritten, or redistributed.
Ed Zurga
<p>KANSAS CITY, MO - MAY 3: Alex Gordon #4 of the Kansas City Royals hits a home run in the fourth inning against the Detroit Tigers at Kauffman Stadium on May 3, 2018 in Kansas City, Missouri. (Photo by Ed Zurga/Getty Images)</p>

KANSAS CITY, Mo. — After 14 seasons with the Kansas City Royals, left fielder Alex Gordon plans to retire, according to reports.

Gordon was selected second overall in the 2005 MLB Draft by Kansas City.

The Lincoln, Nebraska, native hit one of the biggest home runs in Royals history in 2015. In the ninth inning in game one of the World Series, Gordon was able to hit a home run off of Mets’ closer Jeurys Familia to take the game to extras.

The Royals would go on to win that game and the World Series.

In 2014, he won the Rawlings AL Platinum Glove.

"He's someone that set the example of how to be in the Kansas City community and lead his team to championships and do it the right way on and off the field,” Mahomes said.