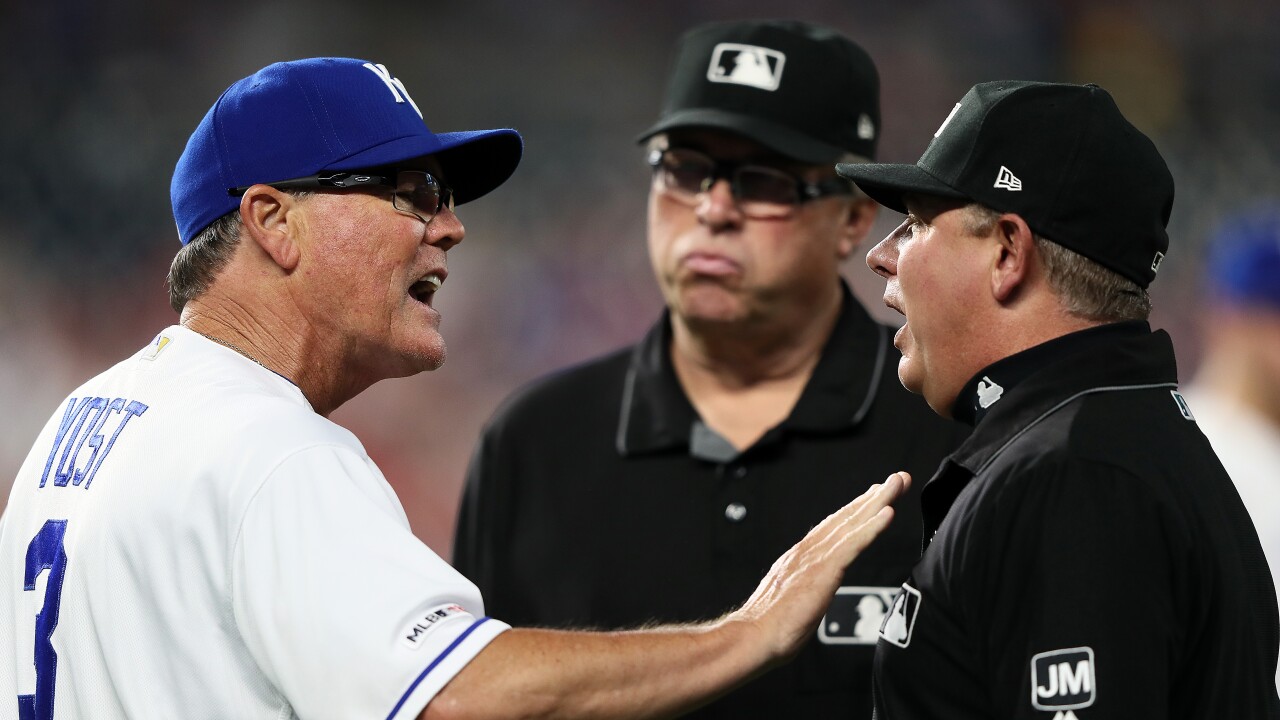 Flaherty (6-6) struck out seven with a lone walk in his sixth consecutive stingy start since the All-Star break. He's allowed 20 hits with 50 strikeouts and 0.70 ERA over that span.

The right-hander headed for the showers after throwing 110 pitches, and the St. Louis bullpen nailed down the win. Andrew Miller worked around a single in the eighth and retired Alex Gordon in the ninth, and Carlos Martinez got the final two outs, completing the four-hitter and earning his 13th save.

Glenn Sparkman (3-8) did everything the Royals asked over six sharp innings. He allowed two runs, one of them earned, but still hasn't won since a July 16 shutout of the White Sox.

The most spirit the woebegone Royals showed all night came when Kolten Wong legged out an infield single in the fifth, and manager Ned Yost complained about interference on the throw. His heated exchange with plate umpire Pat Hoberg escalated until first base ump Greg Gibson tossed him.

It was the third time this season Yost has been ejected.

Both Cardinals runs were scored in scrappy fashion. The first came when Dexter Fowler reached on an error in the first, advanced on a groundout and scored on Goldschmidt's sacrifice fly, and the second came on Edman's single in the third -- just before he was caught between bases to end the inning.

The way Flaherty was going, that was all St. Louis needed.

He gave up a two-out double to Hunter Dozier and intentionally walked Jorge Soler in the first, but got Cheslor Cuthbert to pop out and end the inning. Flaherty proceeded to retire 12 more in succession before Nicky Lopez led off the sixth inning with a base hit.

Flaherty wound up getting a double play and striking out Dozier to end that inning.

The Cardinals called up touted prospect Randy Arozarena from Triple-A Memphis, though he was not in the starting lineup. The speedy outfielder was hitting .368 and had reached base safely in 37 consecutive games for the Redbirds. "I knew it was coming," Arozarena said. "I knew it was close."

The Cardinals placed outfielder Jose Martinez on the injured list after he collided with the wall in Pittsburgh on Sunday. Martinez sprained the AC joint in his right shoulder. "I think a week will go by and he'll get out there and start swinging the bat again," Shildt said. "He'll be back as soon or as close to that 10-day mark as possible."

The Cardinals send Dakota Hudson (10-6, 4.01 ERA) to the mound to face fellow right-hander Brad Keller (7-12, 4.09) and the Royals as the clubs wrap up their two-game set Wednesday night.