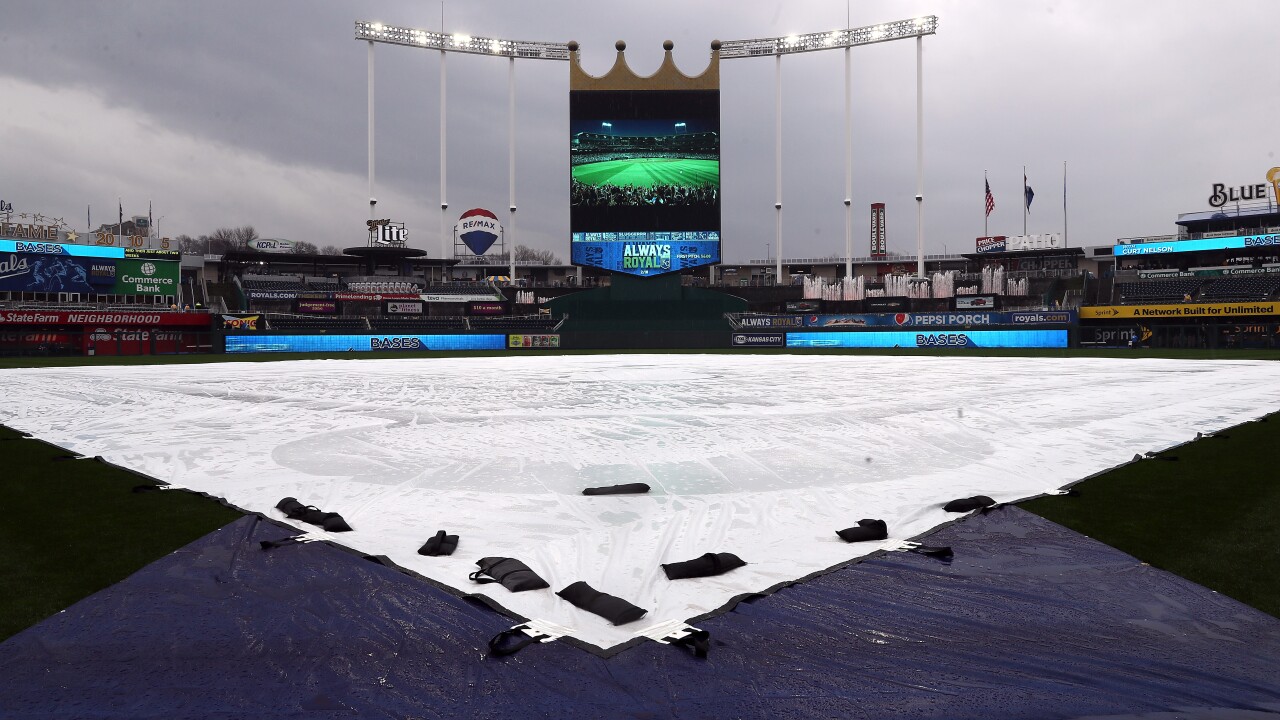 KANSAS CITY, Mo. — Near the end of a soggy Opening Day at Kauffman Stadium, the Kansas City Royals announced Thursday that the team will offer a free ticket to fans who bought an Opening Day ticket.

The Royals said it will email fans at the email address used to buy the tickets with details on how to claim a free ticket to a future game this season.

“This is a thank you to our fans who waited out the weather to support us on Opening Day,” said Kevin Uhlich, Royals senior Vvice president of business operations in a release. “We also know many fans who bought tickets couldn’t make it out to The K because of the delay, and we want to reward their loyalty, too.”

The Royals said the ticket voucher will be redeemable online.