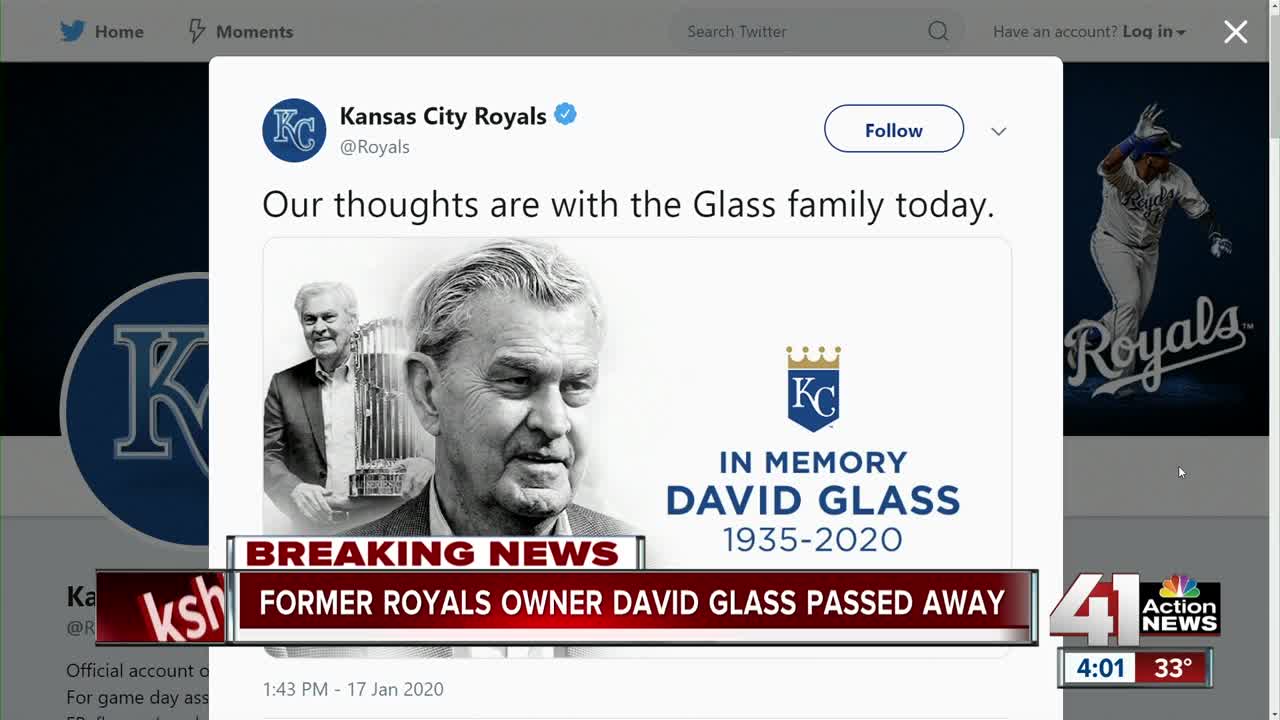 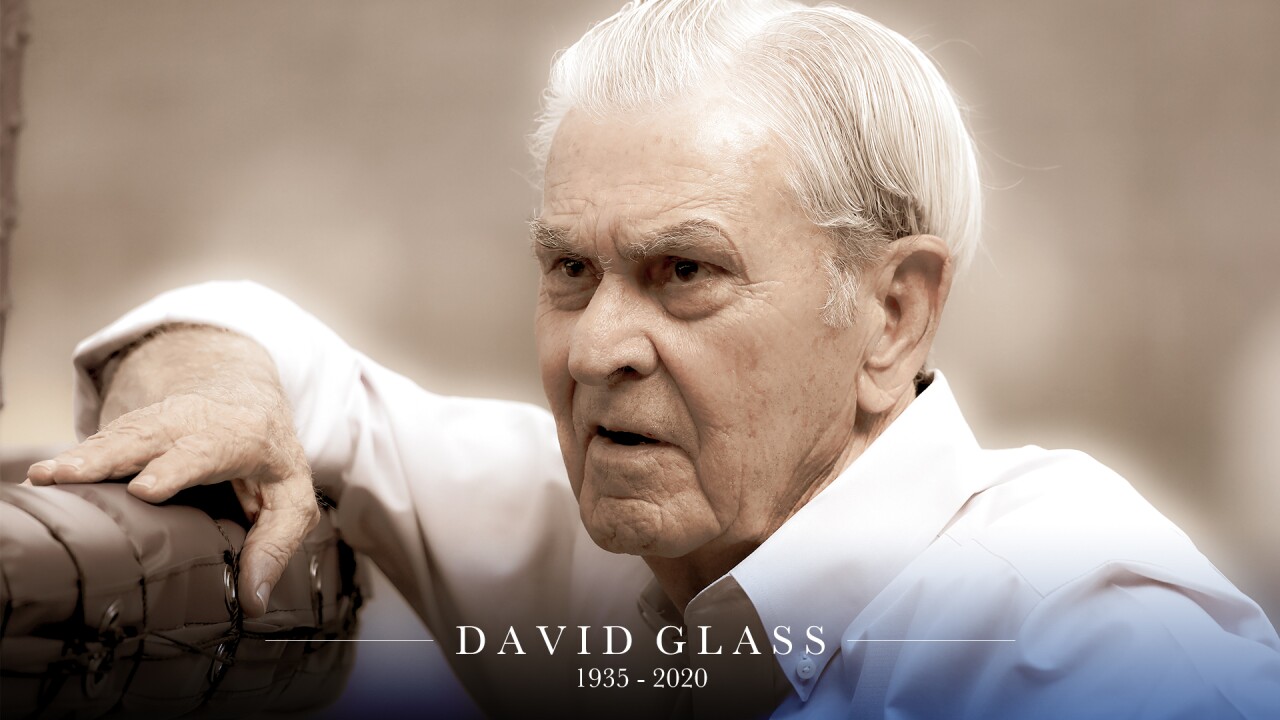 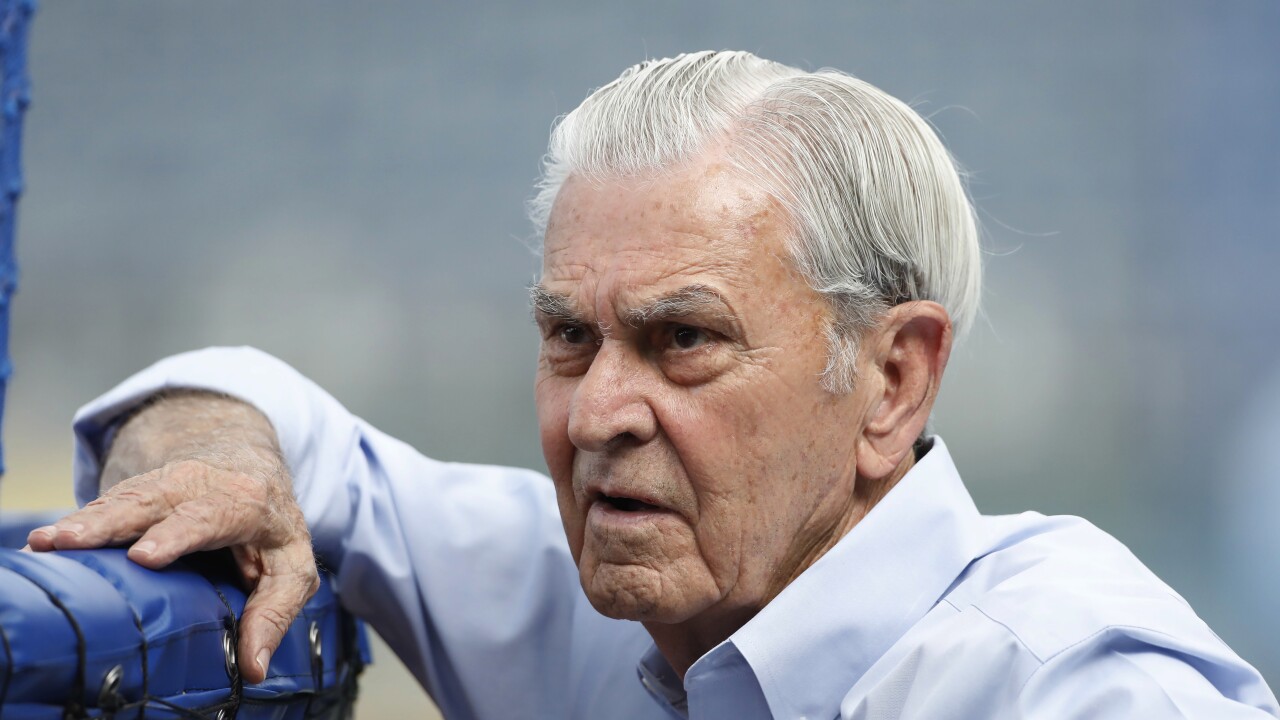 On Friday, Sherman said he will be forever indebted to Glass.

“Like so many Kansas Citians, I am deeply saddened by the news of David’s passing,” Sherman said in a statement. “On behalf of our entire ownership group, I want to express deepest gratitude to the heart of a man who carefully placed a treasure in the hands of Kansas Citians. We pledge to carry it forward with his passionate commitment and selfless spirit.”

The Royals went to the World Series twice during Glass’ tenure is owner, winning the championship in 2015.

“Mr. Glass loved this game, this team and our city with all his heart,” Moore said.

After the news of Glass' passing was announced, community leaders offered their support to the Glass family.

David was an incredibly kind man with a huge heart for Kansas City sports. He was a supportive partner and a gracious host who welcomed us to Kauffman Stadium many times over the years. I will always remember his poignant and thoughtful invitation to throw out the first pitch on Opening Day the season following my father's passing. Our family and the entire Kansas City Chiefs organization would like to offer our heartfelt condolences to the Glass family and the Kansas City Royals.

“He gave pride back to the city and a world championship.” @41actionnews pic.twitter.com/hkICjpXyXp

I read this news with a heavy heart. You’ll hear much about his accomplishments, but I’ll remember his kindness and decency. In a world of big egos, he was as down to earth and genuine as they come. I’ll miss him. Kansas City will miss him. My thoughts are with his loved ones. https://t.co/WxLWWWMZMV

Peace be with Mr. Glass.

My thoughts and prayers are with the Glass Family, the Royals Organization and all of Kansas City. https://t.co/5Q4RiZLAUK

Frank White, a member of the Roylas Hall of Fame, and current Jackson County Executive Frank White offered his condolences.

My wife Teresa and I are deeply saddened to hear the news of Mr. David Glass’ passing. We have a great deal of respect and admiration for Mr. Glass, a true baseball fan and family man who loved his wife and children. He cared deeply about this community and we are grateful that his final gift to us was ensuring that the Royals remained in Kansas City. He will be greatly missed, and our thoughts and prayers are with the entire Glass family during this difficult time.

More personal thoughts on David Glass to come but I want to express how enjoyable it was to just talk baseball with him. And what a sneaky sense of humor. Such a wonderful person. I left him a voice mail 10 days ago and didn’t hear back. He always called back. RIP Mr. Glass