Royals' plan to extend netting will now happen in offseason 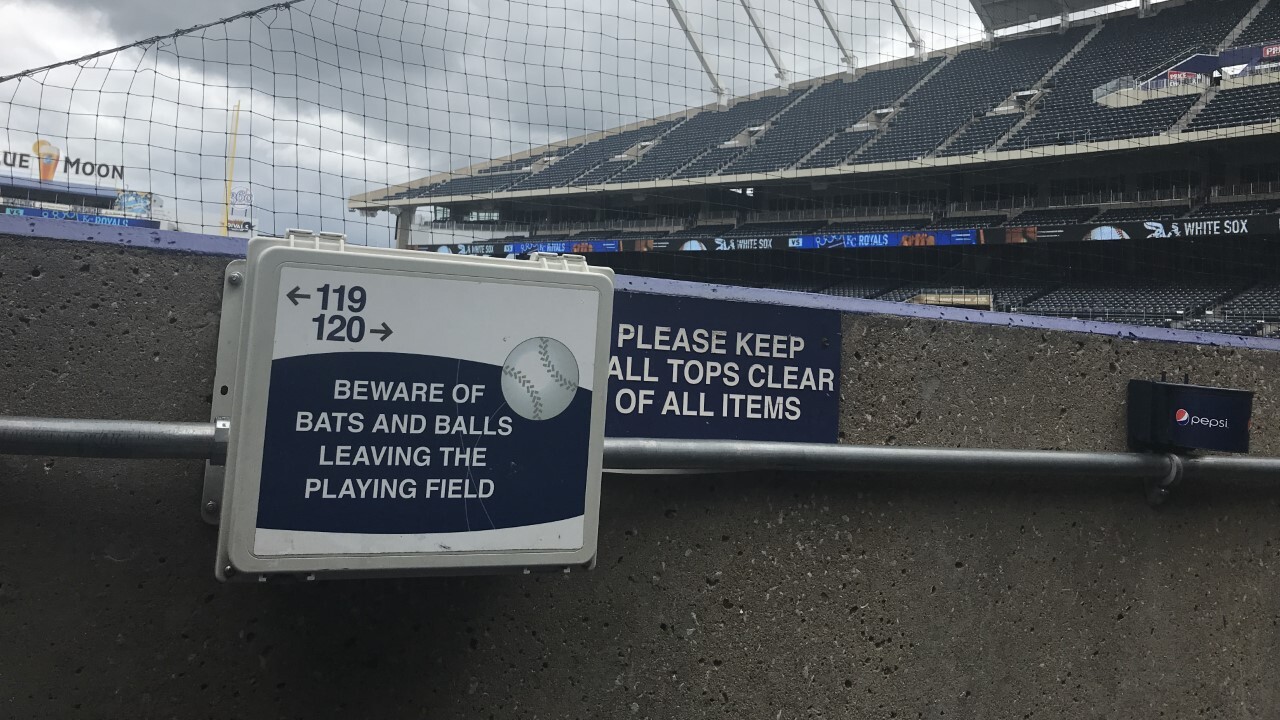 The team had hoped to extend the netting to the foul poles by the end of the season, but a spokesman for the Royals said the plan "will require some extensive engineering."

The netting will now be an offseason project to be completed by the home opener in 2020, according to Toby Cook, vice president of publicity for the Royals.

The discussion to extend the netting at Kauffman Stadium comes amid at least two incidents this season in which fans have been struck by foul balls, including a 12-year-old girl.

The netting at Kauffman Stadium currently extends to the dugouts.

The Chicago White Sox and Washington Nationals were the first Major League Baseball teams to extend protective netting in their stadiums this year.