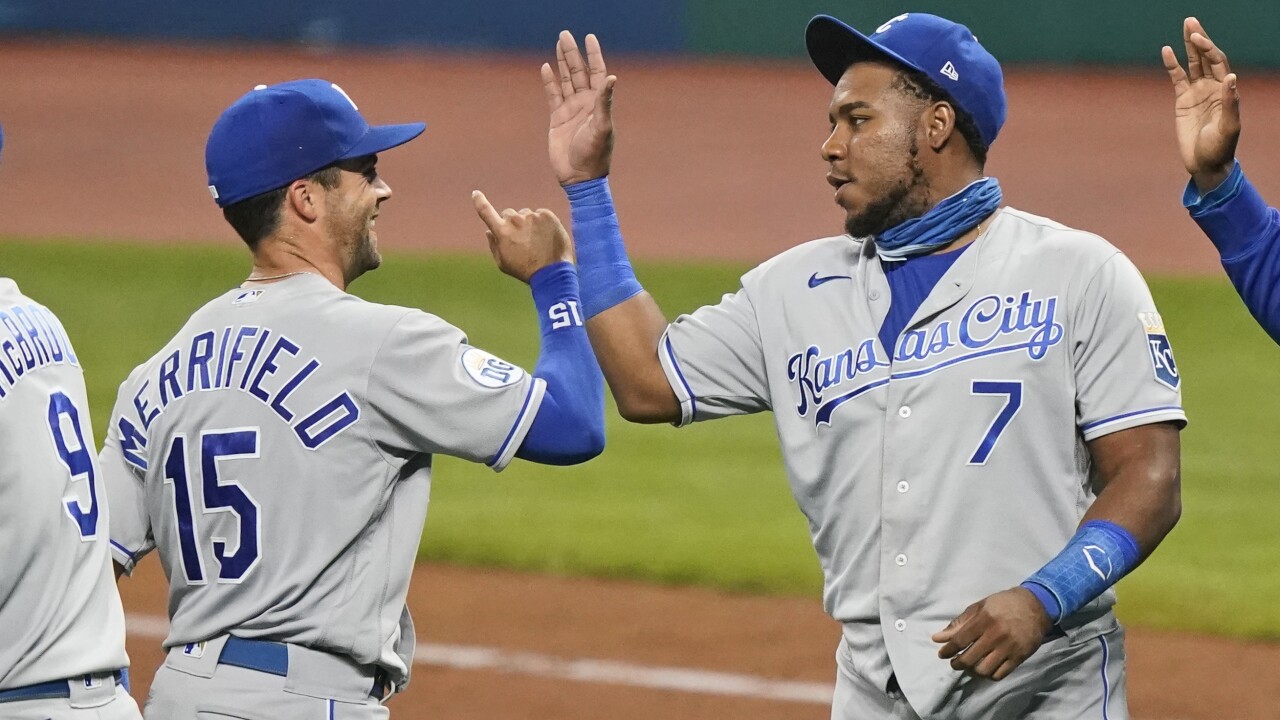 CLEVELAND — Maikel Franco drove in the go-ahead run with a sacrifice fly in the eighth inning and had an RBI single in the ninth as Kansas City beat the Cleveland Indians 8-6 to snap a seven-game losing streak.

Whit Merrifield hit a three-run homer and Cam Gallagher had an RBI double for Kansas City, which had been outscored 51-18 and only held the lead after one inning in losing its first seven games in September.

Adalberto Mondesi led off the eighth with a single off Adam Cimber and scored on Franco's fly to center to put the Royals up 6-5. Carlos Santana, Sandy Leon and Francisco Lindor all homered for Cleveland.