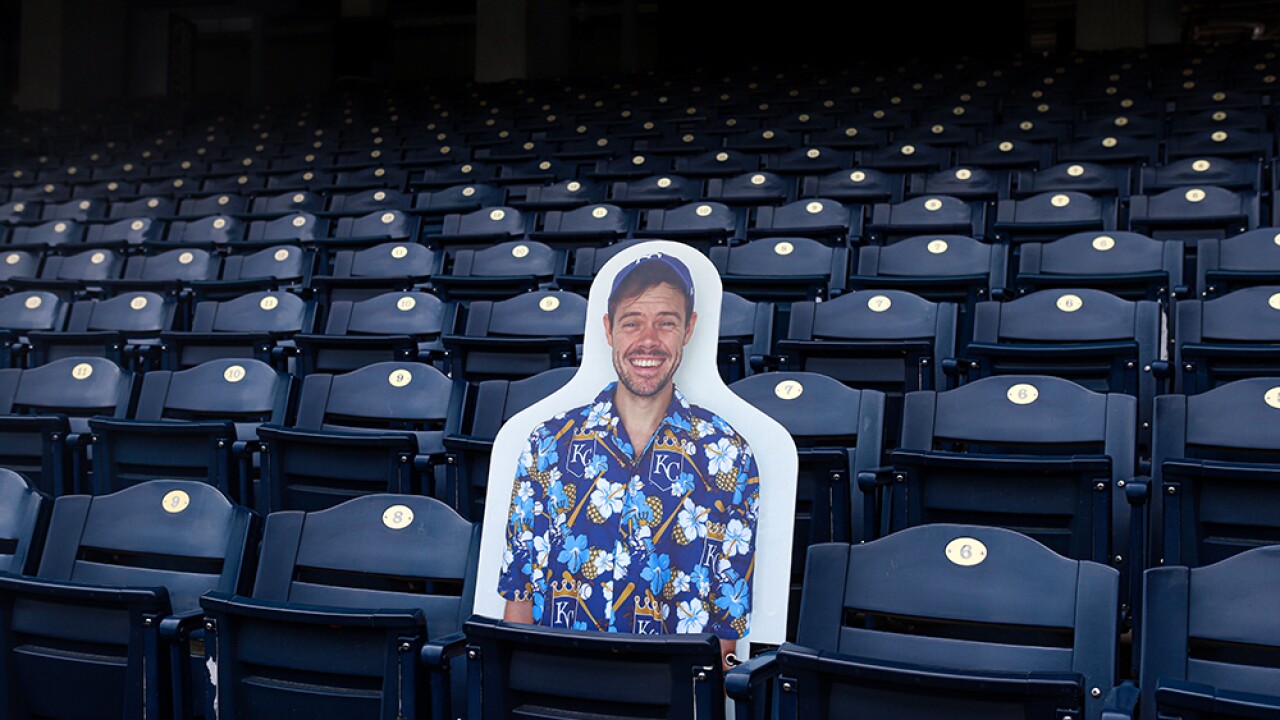 KANSAS CITY, Mo. — While you may not be able to attend a Royals game for a while, a cutout of you can.

The Kansas City Royals announced a new "Fanbassador" program on Wednesday for the 60-game 2020 baseball season.

In a news release, the Royals said the program will allow season ticket holders to purchase hard-plastic cutouts of their likeness that will occupy seats in Kauffman Stadium this year. Those fans will have the chance to see themselves on television during games, according to the Royals.

At first, 500 cutouts will be available and will cost $40, with a portion of the money going to the Royals Respond Fund to aid food insecurity in the Kansas City area due to COVID-19.

Season ticket holders can expect an email with more details.

When asked if the cutouts mean no fans will be present in the stadium, a Royals spokesperson said they are moving forward with plans not to have fans in the stadium for at least the start of the season. They hope to be able to allow some fans at games later in the season.