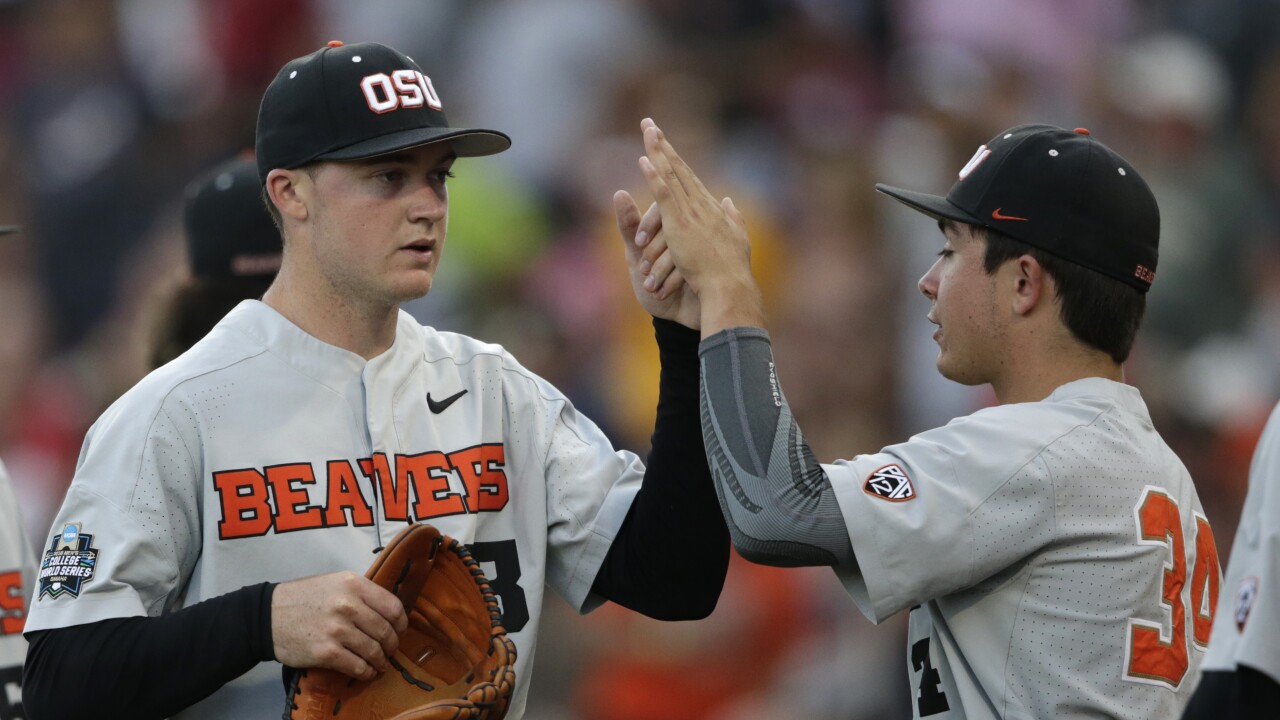 He struck out a career-high 12 in 5 1/3 innings on Feb. 21 against perennial SEC power Mississippi State.

After working primarily out of the bullpen during his first two years in college, making 37 of his 46 appearances in relief, Chamberlain cracked the Beavers' rotation this spring.

Overall, he recorded 140 strikeouts in 105 collegiate innings. As a freshman in 2018, he matched a College World Series record with 11 strikeouts in one relief outing, eight of which came on his curveball.

Chamberlain went undrafted out of Reno (Nevada) High School in 2017.

Thirty picks later, with their sixth and final pick of the draft in the fifth round, the Royals chose Eastern Illinois right-hander Will Klein.

He went 1-2 with a 3.33 ERA and a team-high 33 strikeouts in four starts this season at Eastern Illinois. He was named the best pitcher in the Northwoods League by Baseball America in 2019, after going 2-2 with seven saves, a 0.86 ERA and 38 strikeouts for Lakeshore.

Klein was an all-star in the elite wood-bat amateur summer league.

During the 2020 draft, which was shortened from 40 rounds to five rounds, the Royals took five college players and one high school player, selecting four pitchers and two position players for the farm system.

Players who were not drafted are now able sign as free minor-league agents with any team, but the maximum signing bonus will be $20,000.

During the first day of the draft Wednesday, the Royals snapped up Texas A&M lefthander Asa Lacy with the No. 4 pick. Many expected him to be off the board before Kansas City's turn.

With the 36th overall pick in the competitive balance round, the Royals added Baylor shortstop Nick Loftin before opening day two of the draft Thursday by picking a high school righthander, Ben Hernandez from De Le Salle Institute in Chicago.

Earlier on Thursday, the Royals also selected Alabama outfielder Tyler Gentry in the third round, No. 76 overall.