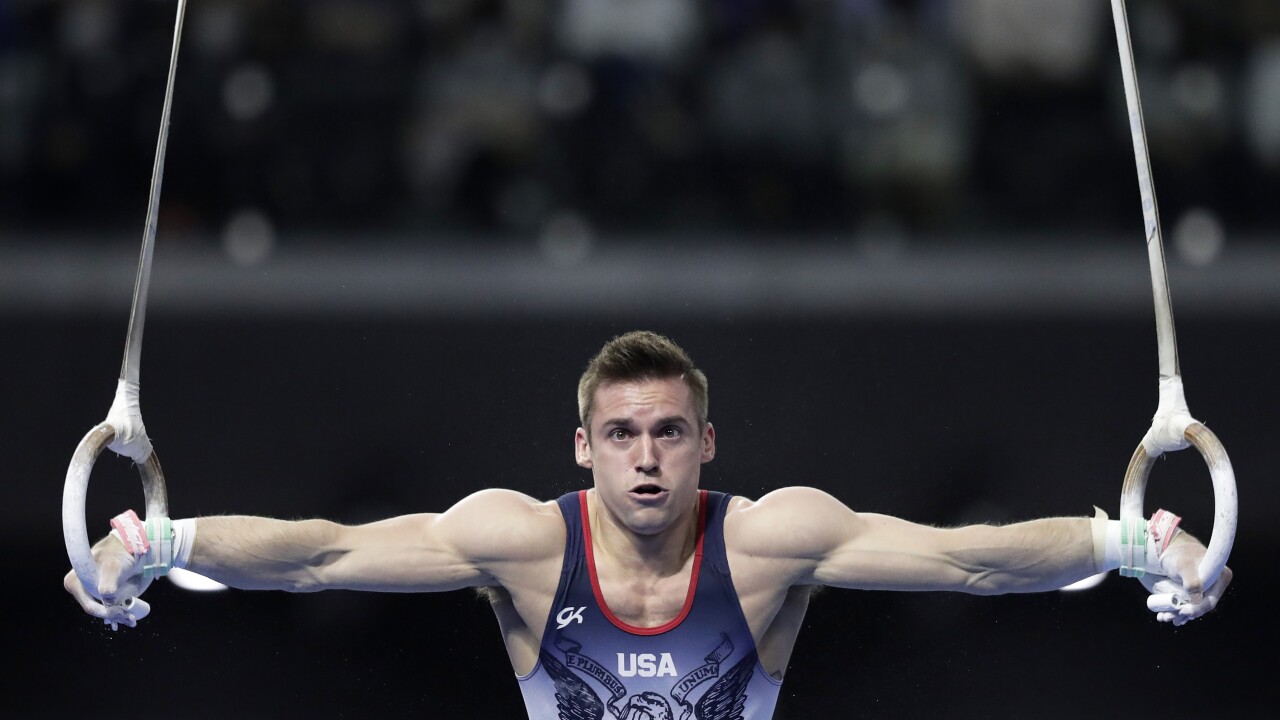 The 26-year-old Mikulak put together a dazzling routine on parallel bars and his score of 15.35 was the highest of the night on any event to help give the two-time Olympian a massive cushion heading into Saturday's final.

The Americans are in the process of trying to decipher who will make up the team that will head to world championships in October. The first night of nationals did little to clear up the picture.

Moldauer is in second place at 84.000, with Shane Wiskus and Akash Modi tied for third at 83.950, followed by a significant drop off to the rest of the field on a night filled with more stumbles than standout performances.

Donnell Whittenburg, an alternate on the 2016 Olympic team who is attempting to regain a spot on the national team, is seventh at 81.100.