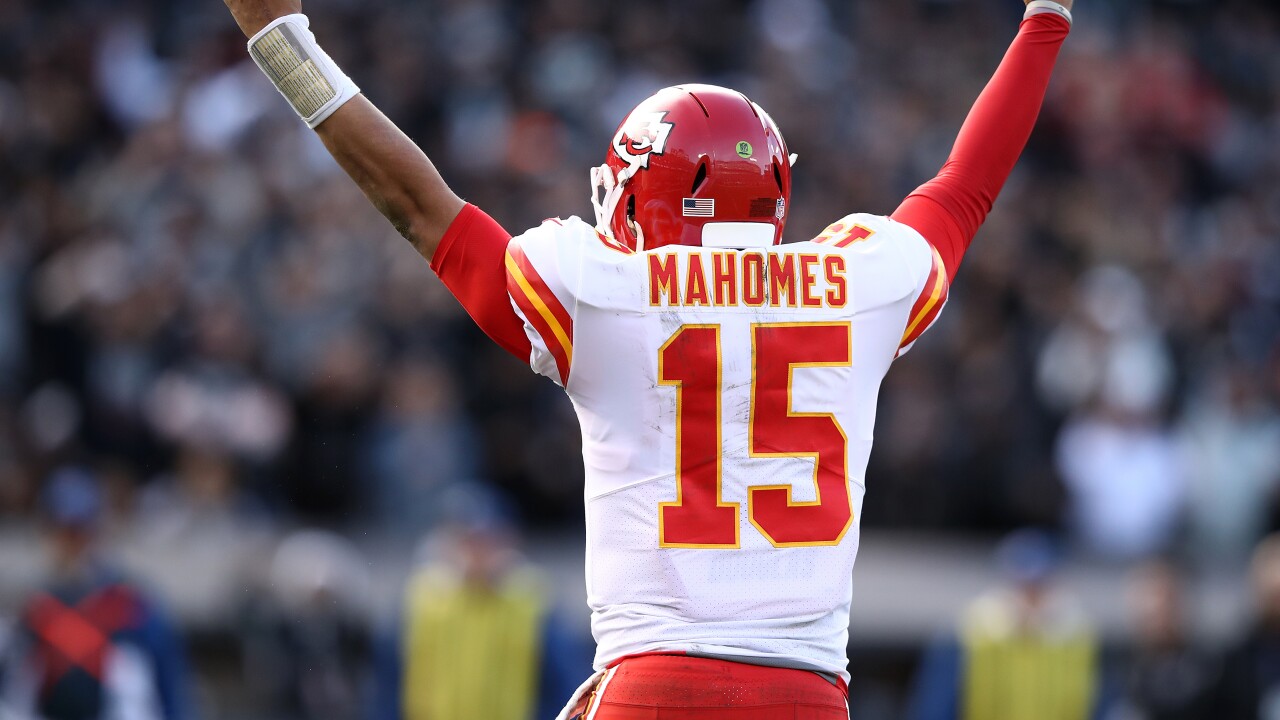 Ezra Shaw/Getty Images
OAKLAND, CA - DECEMBER 02: Patrick Mahomes #15 of the Kansas City Chiefs celebrates after a touchdown by Spencer Ware #32 against the Oakland Raiders during their NFL game at Oakland-Alameda County Coliseum on December 2, 2018 in Oakland, California. (Photo by Ezra Shaw/Getty Images)

On Tuesday night, six Chiefs were selected to play in the all-star game January 27th in Orlando.

Here are the Chiefs selections:

The biggest snub seems to be defensive end Chris Jones. So far this season, Jones has recorded 14 sacks and 37 tackles. His 14 sacks are third in the AFC. Von Miller and J.J. Watt both have 14.5 sacks. They were both selected to the Pro Bowl.

Pro Bowlers are determined by fans, coaches and players. Each group's vote counts towards one-third of the final vote totals.

To see the full rosters for both teams, click here.