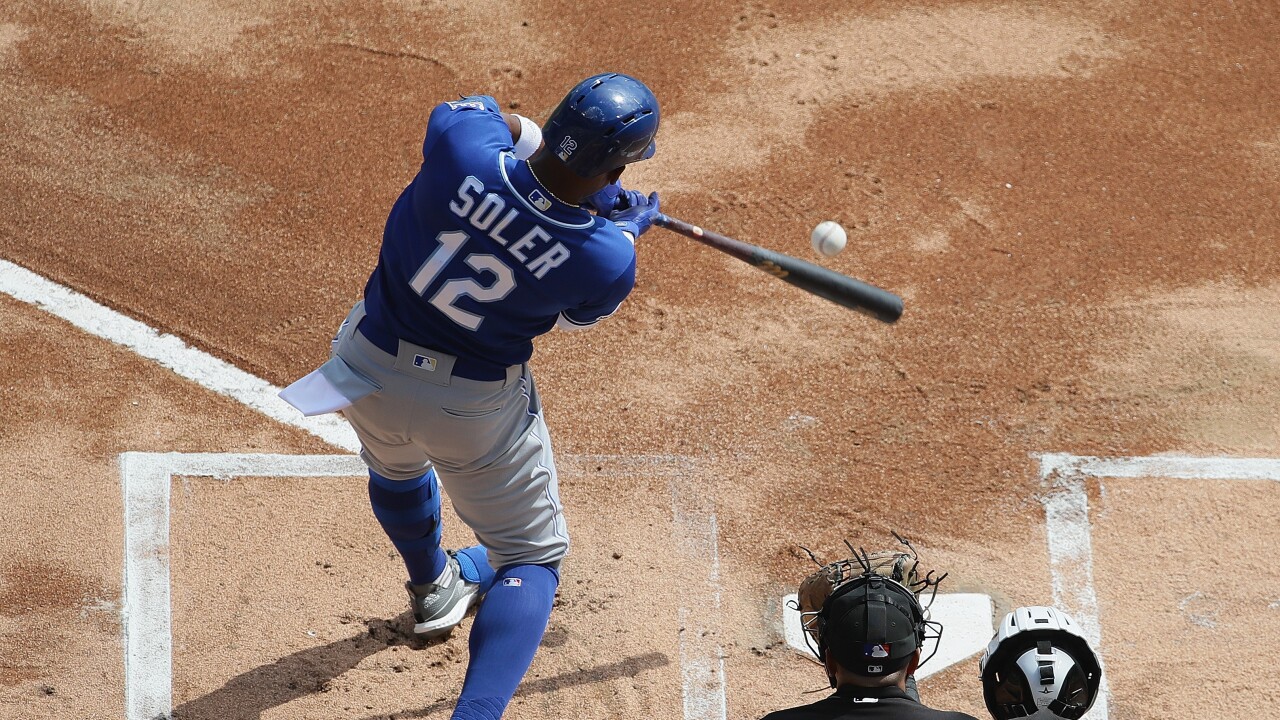 CHICAGO — Hunter Dozier hit a tie-breaking, three-run home run in the sixth, Jorge Soler had his third homer in two days and the Kansas City Royals beat the Chicago White Sox 6-3 on Thursday.

Whit Merrifield walked and Soler singled off Chicago starter Lucas Giolito in the decisive inning for Kansas City, which won for the eighth time in the last 11 games. Then Dozier drove a 1-2 pitch into the left-field bleachers for a 5-2 lead. He doubled two innings later.

The homers spoiled a record performance by Giolito (14-9), who set a team mark with eight consecutive strikeouts in the third through fifth innings before Nicky Lopez grounded out to end the run. The streak was the seventh-longest in major league history. Joe Cowley and Carlos Rodon shared the previous White Sox record of record.

Giolito finished with 12 strikeouts in six innings. He allowed five runs on five hits and one walk as Chicago lost its fourth game in the last six.

Jorge Lopez (4-7) allowed three runs, two earned, on eight hits and two walks in 5 1/3 innings for the Royals. He struck out two. The performance followed his no-run, six-inning effort in a 3-0 victory against the Miami six days days earlier.

Five Royals relievers combined for 3 2/3 innings of scoreless relief. Ian Kennedy wiggled out of a bases-loaded jam in the ninth for his 29th save in 33 chances.

Soler opened the scoring in the first with his 43rd homer. The solo drive pulled him within one of the Los Angeles Angels' Mike Trout for the American League lead.

The Royals extended their lead to 2-0 in the second, which Ryan McBroom opened with a single. He advanced to third on Melbrys Viloria's double and scored on Erick Mejia's sacrifice fly, his first RBI in the majors.

In the ninth, Kansas City's Bubba Starling walked, moved to third on reliever Alex Colome's errant throw on a sacrifice bunt and scored on James McCann's passed ball for the final run.

Chicago's Daniel Palka snapped a 0-for-23 streak with a ground single to short right field in the sixth. His first hit since April 17 against Kansas City was met with applause from several teammates in the dugout. He has two hits and 23 strikeouts in 57 at-bats this season.

Royals: While Royals manager Ned Yost said a day off might benefit a few regulars, he planned to play them against contenders that had yet to clinch playoff positions.

Royals: LHP Danny Duffy (6-6, 4.71 ERA) will take the mound against the first-place Houston Astros in Kansas City on Friday. He has five quality starts in his last seven tries at home.