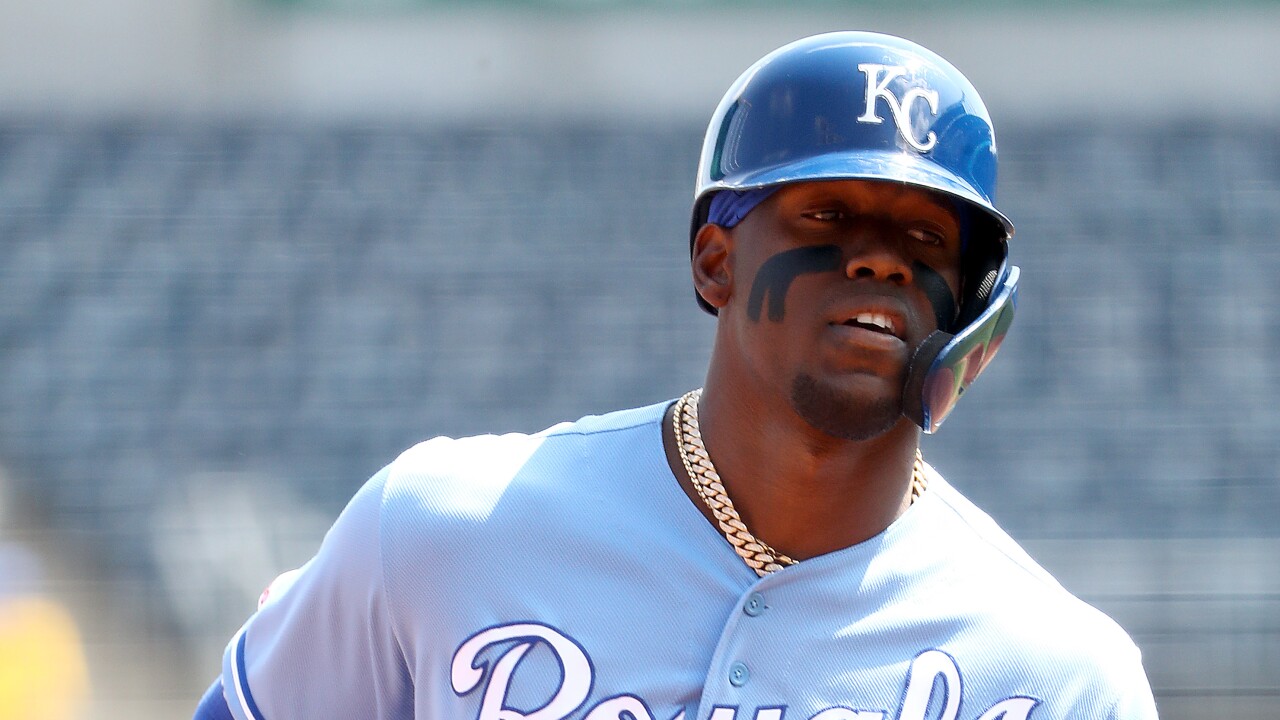 Everybody in the A's starting lineup had a hit or drove in a run, bailing out starter Chris Bassitt after a dismal performance. Bassitt failed to survive the fifth before turning the game over to Yusmeiro Petit (4-3), who was just about the only effective pitcher all the afternoon.

Fellow relievers Jake Diekman and Liam Hendriks gave up back-to-back RBI singles in the eighth, then Hendriks gave up a two-out RBI single to Ryan O'Hearn in the ninth. But the former Royals reliever bounced back to strike out Bubba Starling and earn his 17th save.

Glenn Sparkman (3-10) also failed to make it through the fifth for Kansas City, allowing seven runs, nine hits and a walk. He also hit a pair of batters in losing his fifth straight decision.

Sparkman gave up a leadoff single to Marcus Semien, another hit to Matt Olson and plunked two batters -- one of them sending home a run -- in staking Oakland to a 1-0 lead.

Bassitt served up a leadoff since to Whit Merrifield, then let Jorge Soler drill a 1-0 pitch out of the park. The homer was the 37th of the year for the slugging Soler, moving him within one of matching Mike Moustakas for the single-season franchise record.

Sparkman breezed through a perfect second and third before making a mess of everything else.

Profar went deep and Josh Phegley had an RBI single during the A's three-run fourth, then Oakland tacked on three more runs off Sparkman and reliever Josh Barnes to take a 7-2 lead in the fifth.

Bassitt nearly gave it all back. Over the span of five batters in the bottom half, the right-hander plunked one, gave up a single to another, was victimized by an error and walked the bases loaded. Then, with the bases loaded, Cheslor Cuthbert came within a foot of hitting a tying grand slam -- he wound up with a two-run double instead that drew the Royals within 7-5.

Oakland tacked on another run in the sixth before the Royals got within 8-7 in the eighth. Soler came to the plate with the go-ahead run on first, but Hendriks struck him out to preserve the lead.

The A's added a run in the ninth when Corban Joseph popped foul with one out and runners on second and third, and Cuthbert made a nifty catch falling into the third base dugout. But under Rule 5.06(b)(3), both runners are entitled to advance a base, sending Brown home from third.

Infielder Sheldon Neuse was called up by the Athletics to replace Khris Davis, who is on paternity leave. The 24-year-old Neuse hit .317 with 27 homers for Triple-A Las Vegas. "Looking at the numbers, it's a really good season," A's manager Bob Melvin said. "He has a really good approach, hits the ball to right-center field, has shown some power and is a little more versatile this year, too."

CHAPMAN OUT OF LINEUP

A's third baseman Matt Chapman was out of the starting lineup after taking a pitch off his helmet from the Royals' Jakob Junis in the first inning Wednesday night. "He's got a little bit of a headache," Melvin said, "but I haven't heard anything that would suggest that it's a concussion-type thing."