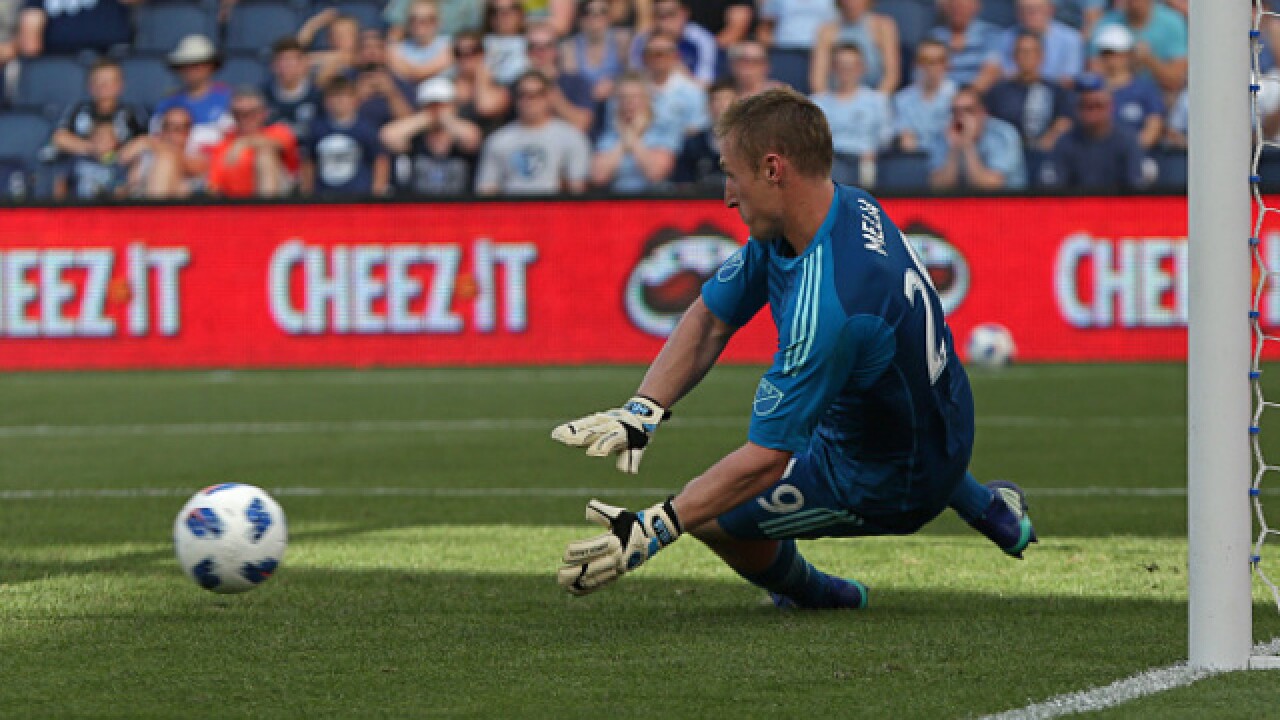 Copyright 2018 Scripps Media, Inc. All rights reserved. This material may not be published, broadcast, rewritten, or redistributed.
Icon Sportswire
<p>KANSAS CITY, KS - MAY 27: Sporting Kansas City goalkeeper Tim Melia (29) makes the save on a penalty kick from Columbus Crew forward Gyasi Zerdes (11) in the first half of an MLS match between the Columbus Crew SC and Sporting Kansas City on May 27, 2018 at Children's Mercy Park in Kansas City, KS. (Photo by Scott Winters/Icon Sportswire via Getty Images)</p>

KANSAS CITY, Kan. (AP) — Tim Melia had his sixth shutout of the season, including a diving save on a penalty kick, in Sporting Kansas City's 0-0 tie with the Columbus Crew on Sunday night.

Melia, the 2017 MLS Goalkeeper of the Year, finished three saves. After he was called for a foul against Gyasi Zardes — tied for the MLS lead with eight goals — in the area, Melia went to his left to deny Zardes' penalty kick in the 43rd minute.

Kansas City (7-2-4) is unbeaten in its last four games and has just one loss since dropping the season opener against New York City FC.

The Crew played the second half a man down after Federico Higuain was shown a straight red card for a serious foul in first-half stoppage time.

Columbus (7-3-4) is unbeaten in its last seven following a three-game losing streak. Zack Steffen had three saves in his MLS-leading seventh shutout this season.