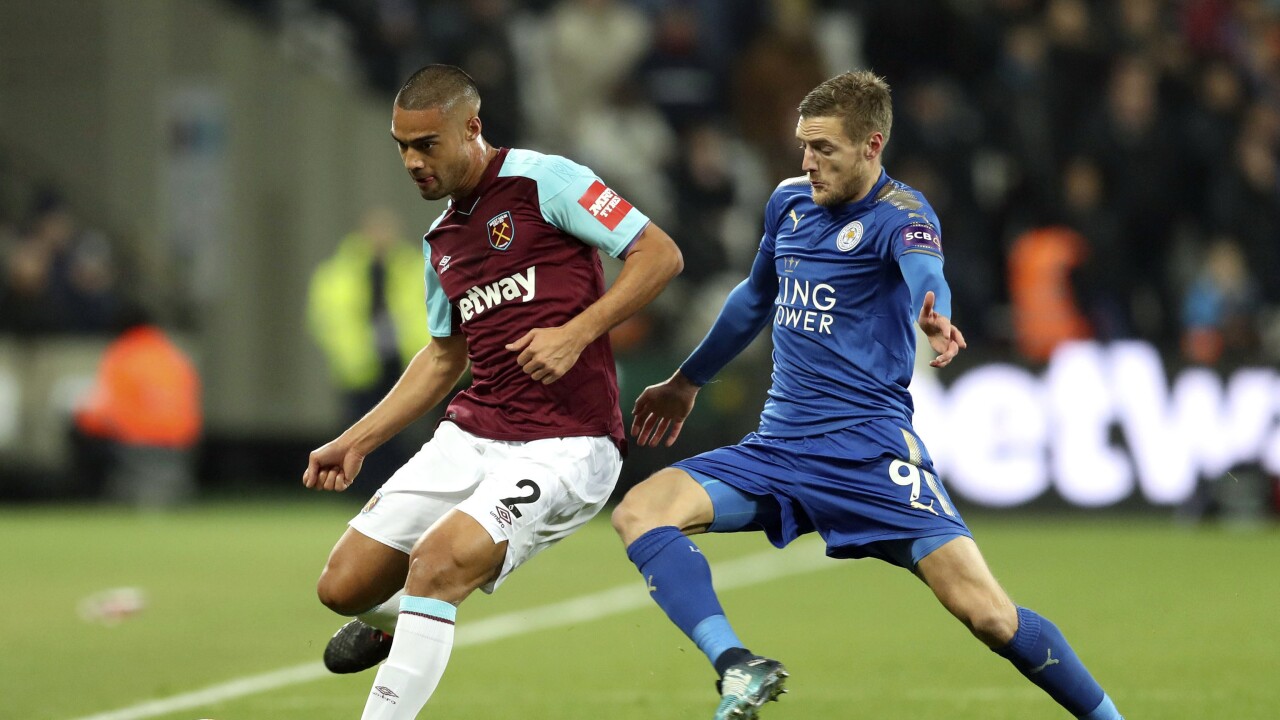 (Copyright 2020 The Associated Press. All rights reserved. This material may not be published, broadcast, rewritten or redistributed.)
Adam Davy/AP
West Ham United's Winston Reid, left and Leicester City's Jamie Vardy vie for the ball, during the English Premier League soccer match between West Ham United and Leicester City, at the London Stadium, in London, Friday Nov. 24, 2017. (Adam Davy/PA via AP)

The club announced Friday that it had bolstered its defense with the acquisition of New Zealand center back Winston Reid on loan from West Ham United of the English Premier League.

Reid, 31, will occupy an international roster spot for Sporting KC. He brings World Cup experience and elite club experience, having played in 166 career Premier League matches and more than 300 professional games in Denmark and England.

In Reid, Sporting KC gets a 6-foot-3 defender with 25 career international appearances for New Zealand, including three starts during the 2010 FIFA World Cup.

He made his West Ham debut in August 2010 and has appeared in 222 games across all competitions.

Reid was West Ham’s player of the year after he started a career-high 36 Premier League matches in 2012-13.

A dual citizen of New Zealand and Denmark, Reid also played for the U-19, U-20 and U-21 Danish national teams.