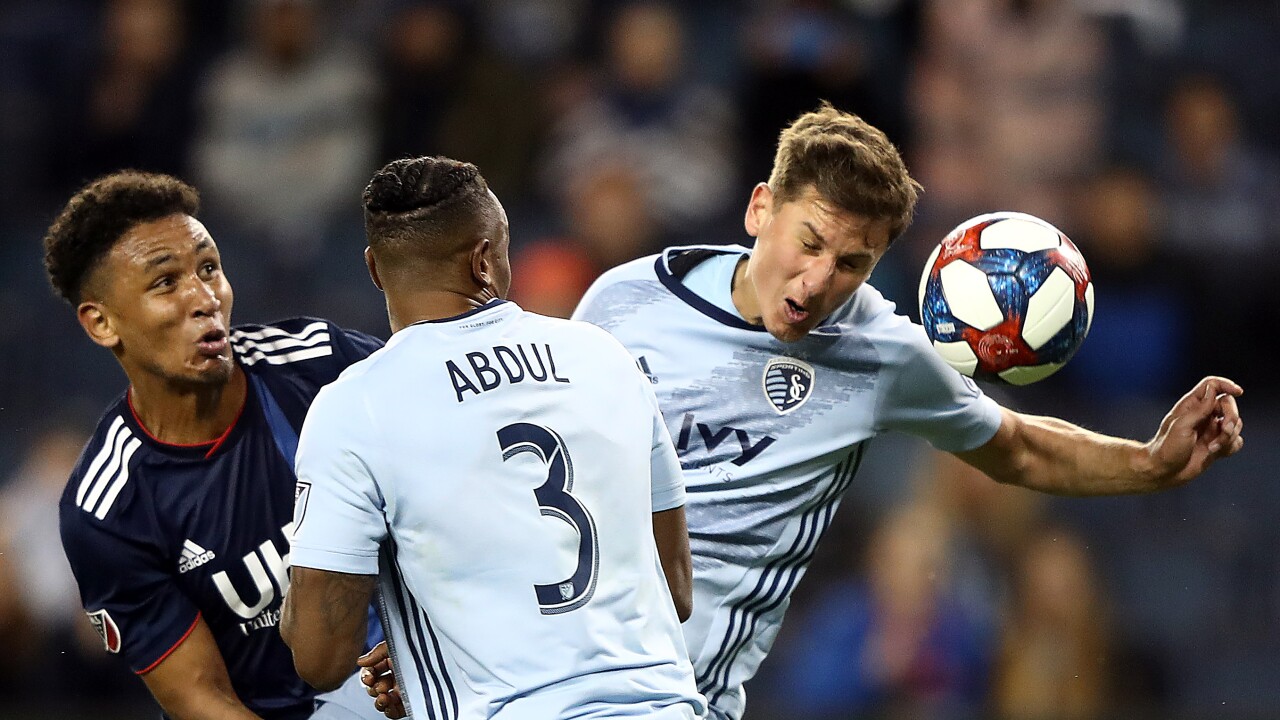 Felipe Gutierrez scored from the top of the 6-yard box to get Sporting KC (2-3-2) to 4-3 in the 70th minute and Nemeth capped the scoring in the 83rd minute, heading home Johnny Russell's corner.

The Revolution's Brandon Bye was sent off in the 55th minute for denying Gerso's breakaway. Gerso drew a penalty three minutes later and Felipe Gutierrez converted in the 60th minute to pull Sporting to 3-2.

SKC's Johnny Russell was called for a hand ball in the penalty area three minutes later. Carlos Gil's penalty kick was saved by Tim Melia, but DeJuan Jones scored on the putback to put the Revs up 4-2 in the 66th.

Juan Fernando Caicedo gave the Revolution (3-6-1) a 1-0 lead in the 18th minute, settling Juan Agudelo's pass and turning to finish at the end of a counterattack. Nemeth headed in a wide cross from Graham Zusi to tie it in the 33rd minute.

Caicedo's tap-in in the 35th minute made it 2-1 for the Revs, and Agudelo stabbed home his first goal of the season to push the lead to 3-1 in the 42nd.