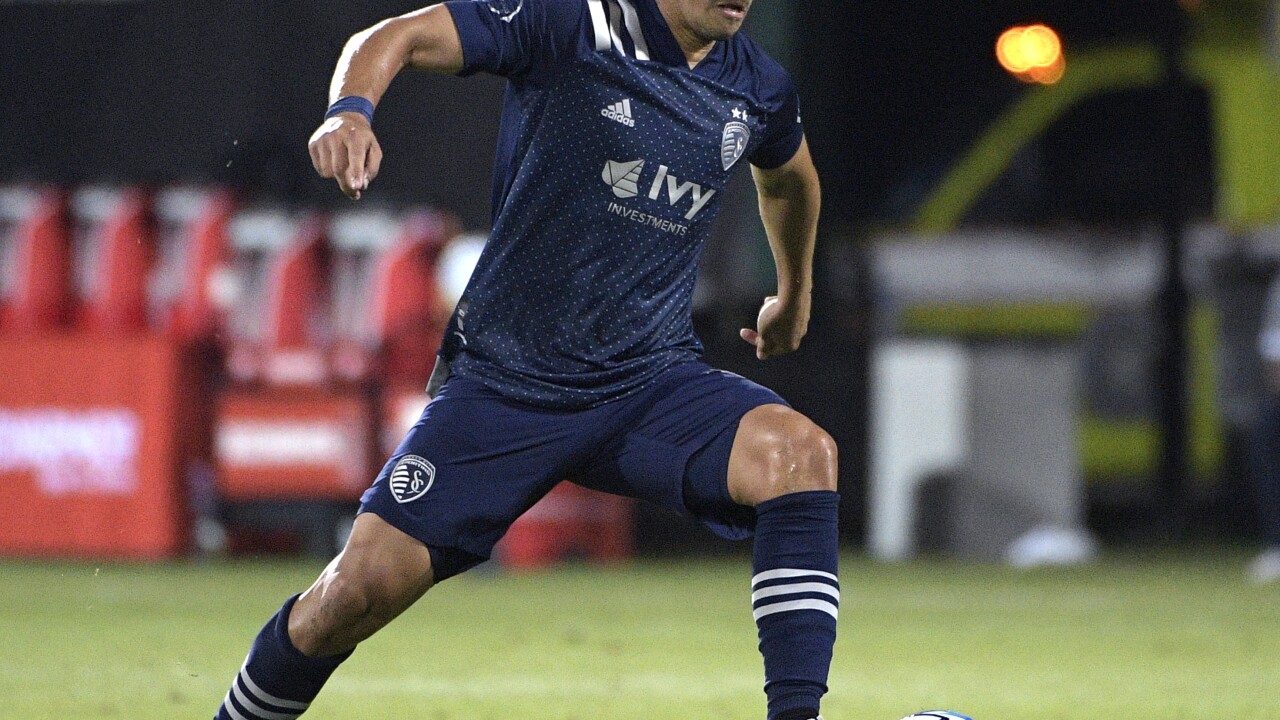 Phelan M. Ebenhack/AP
FILE - In this July 12, 2020, file photo, Sporting Kansas City midfielder Roger Espinoza pushes the ball on the pitch during the second half of an MLS soccer match against Minnesota United in Kissimmee, Fla. Espinoza understands that the United States has been consumed by the presidential election but he's disheartened by the lack of response stateside to the Hurricanes ravaging his homeland in Honduras. (AP Photo/Phelan M. Ebenhack, File)

In his 11 seasons with the club, Espinoza led the club to seven playoff appearances and three Lamar Hunt U.S. Open Cup championships.

Espinoza ranks third in club history with 301 competitive appearances and fifth in both starts (271) and minutes (24,025).

He has also scored 12 goals and places fifth on Sporting's all-time charts with 41 assists.

Espinoza ended the 2020 season with starts in 16 of 20 appearances as well as two assists against Houston and Colorado.