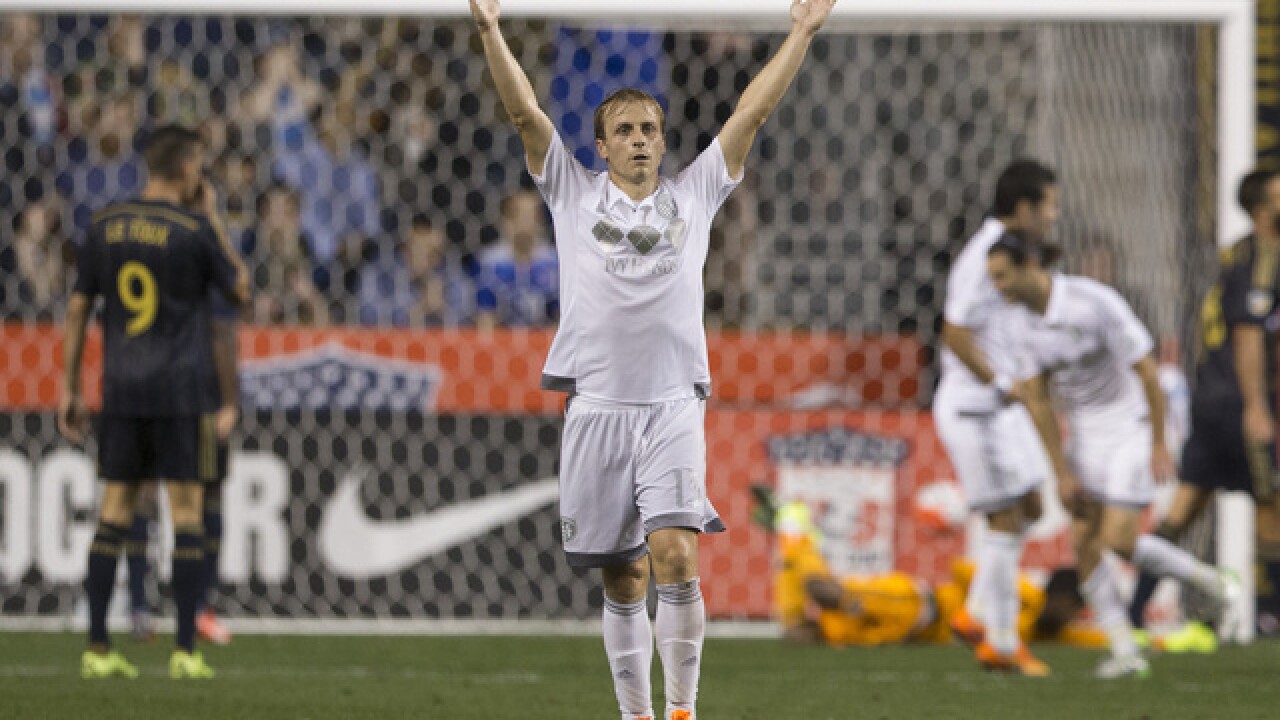 Copyright 2018 Scripps Media, Inc. All rights reserved. This material may not be published, broadcast, rewritten, or redistributed.
Mitchell Leff
<p>PHILADELPHIA, PA - SEPTEMBER 30: Seth Sinovic #15 of Sporting Kansas City reacts after a goal in the second half against the Philadelphia Union in the U.S. Open Cup Final on September 30, 2015 at PPL Park in Chester, Pennsylvania. Sporting Kansas City defeated the Philadelphia Union in penalty kicks. (Photo by Mitchell Leff/Getty Images)</p>

The 31-year-old defender joined Sporting KC in 2011. Since then, he has helped the team win the 2013 MLS Cup and three Lamar Hunt U.S. Open Cups.

Sinovic is a native of Leawood and graduated from Rockhurst High School in Kansas City.

Sinovic and Sporting will battle for a spot in the 2018 MLS Cup on Thursday night at Children's Mercy Park against the Portland Timbers. Leg two of the Western Conference Championship kicks off at 8:30 p.m. and will be televised on ESPN.