Sporting KC schedule announced for 'MLS is Back' Tournament 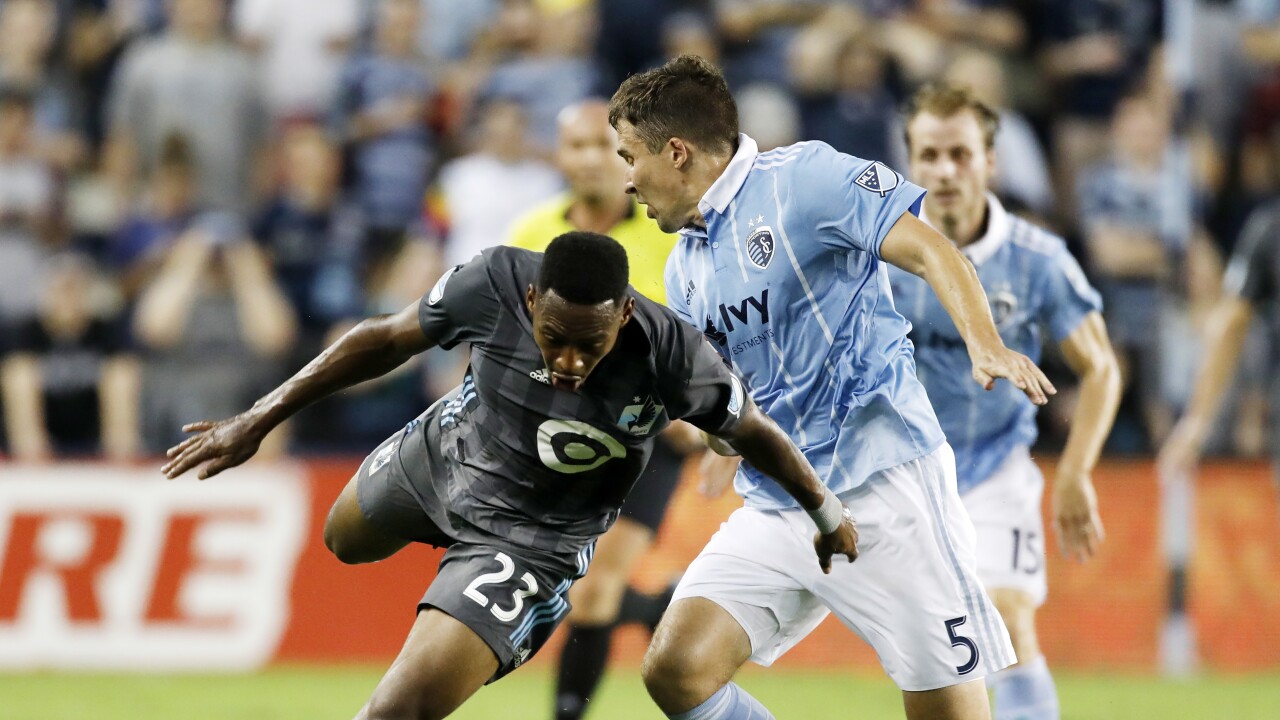 (Copyright 2020 The Associated Press. All rights reserved. This material may not be published, broadcast, rewritten or redistributed.)
Colin E. Braley/AP
Minnesota United forward Mason Toye (23) loses control of the ball as Sporting Kansas City defender Matt Besler (5) defends during the first half of an MLS soccer match in Kansas City, Kan., Saturday, Aug. 25, 2018.

The schedule for Sporting Kansas City’s group play games in the MLS is Back Tournament next month in Orlando has been announced.

Five days later, Sporting KC is back in action at 7 p.m. on Friday, July 17, against the Colorado Rapids.

SKC, which crushed its first two opponents and led the Western Conference standings when the season was halted in March, wraps up the group stage at 8 a.m. on Wednesday, July 22, against Real Salt Lake.

All three games, which will count in the regular-season standings, will be televised on ESPN and ESPN Deportes.

The top two teams in each group and select third-place group finishers will advance to the knockout round, a 16-team tournament that will not count toward regular-season standings.